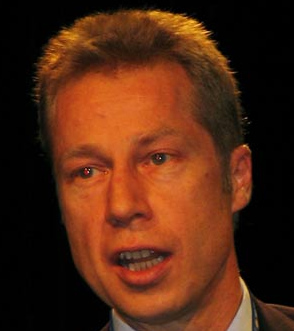 It would be nice, just prior to seasons’ start, to think that the Team Lotus vs. Group Lotus dispute had finally been resolved – but such is not the case. The F1 team and the major Renault F1 sponsor are meeting head-on in the UK’s High Court this week, squabbling over branding rights and other related issues that should never have been mistreated by either party – given their backgrounds – in the first place.

It is also clear that another major player in the saga – David Hunt – is both annoyed and frustrated by the situation. Hunt, the younger brother of James, and a pure racer at heart, bought Team Lotus from the Administrators in 1994. Since then, he has worked hard to bring the Team Lotus brand back into F1. Hunt has an excellent record for sponsorship procurement – most of the companies on the TL cars in the early 1990s were from his portfolio – and over the past decade, despite changing times – has never lost site of the importance of the Team Lotus brand in F1.

“When we had to make the loyal Team Lotus staff redundant in 1995," said Hunt over the weekend, “I made a promise to them, and the fans, to return it to F1 in the hands of a worthy custodian. Initially, I had high hopes that Tony (Fernandes), and Din and Nasa (Fernandes' partners), were going to tick the boxes. However, it now seems that they are not as committed to the future of Team Lotus as they represented to me they would be."

It is not believed that the imminent High Court battle will result in the collapse of either side – or total victory for either side – but the implication from Hunt is that the future of the Team Lotus brand is by no means secure.

“I am still 100% loyal to the Team Lotus brand and fans and long to do my best for them so Tony, Din and Nasa have the maximum chance of success in this trial. However, why should I continue to help them after the way I’ve been treated? They need my help right now as I can see some potentially serious holes in their case but they seem to be treating me as the enemy, rather than Group Lotus, and have this week even instructed their lawyers to sue me for defamation! I have no idea of what their grounds are for this.

“With the trial due to start next week, I’m still keen to help and their lawyers have stated that they’re keen for me to do so. They’ve been sending me plenty of materials which I’ve been through and I’m now in a position to give significant assistance. The knowledge that I’ve acquired over the 16 years puts me in a unique position to be able to guide the Team Lotus legal team on many issues, cross examination etc. Mr. Justice Peter Smith, the judge presiding over the summary judgment hearing, recognized this and seemed to suggest that I was probably best placed to shed some helpful light on matters for the court.

“What angers me is that I have, in good faith, worked extremely hard on the build up to the hearing because I believed Tony would honor our January agreement. My work has been praised by their lawyers. Despite that, Tony has found excuse after excuse and caused delay after delay in honoring their side of our agreement. He’s apparently ‘changed his mind’ at the 11th hour, by his own admission, now that I’ve done so much work on his company’s behalf, and he’s trying to renegotiate by offering new terms which are, frankly, ludicrous.

“All I’m looking for is for Tony to stick to his word and honor our agreement. If he doesn’t, then regrettably I don’t see why I should continue to provide assistance and this trial won’t be the last battle he’s facing, even if he wins."

As I’ve said before, it wasn’t complicated. If you had a serious inclination to bring the Team Lotus name back to F1 – and a proper knowledge of the sport, and you’d done your homework – your plan of action should have been simple: first, deal with David Hunt, owner of Team Lotus. Second, put together the money and the team. Third, secure an entry. Fourth, go racing.

Astonishingly, both Tony Fernandes and Group Lotus completely avoided Step One when they first decided to look at F1. David Hunt is an open book; is now something of a legal expert, particularly on all matters related to Team Lotus; and is the sort of man you would trust with your life: why did both parties ignore him? Their actions are inexplicable. Fernandes appeared to realize his error last September, and messily tried to incorporate it into his project long after he’d gone racing – but it wasn’t enough to prevent either this week’s sordid High Court case with Group Lotus (a case that would not be happening if everything had been executed correctly, with Hunt, in the first place) or what would appear to be further issues with Hunt.