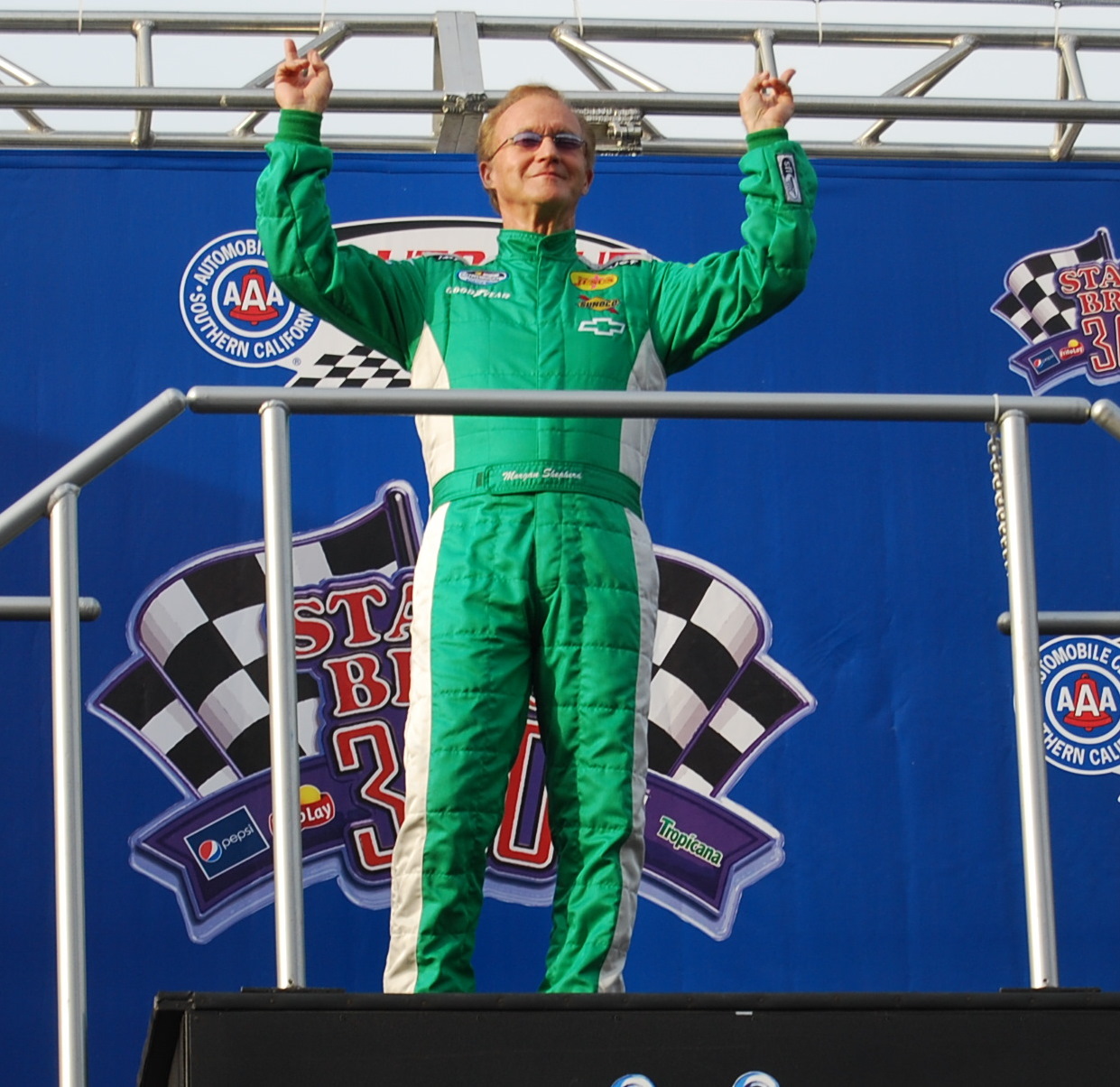 NASCAR Nationwide Series driver Morgan Shepherd has often been described as an ageless wonder. At age 69 Shepherd is now in his 44th season as a NASCAR driver and, without hesitation, still continues to criss cross the country while hauling his #89 Faith Motorsports Chevrolet to the next stop on the Nationwide Series schedule.

As impressive as that is, it's also something that we expect to see each and every racing weekend. What we didn't expect was last Tuesday's news story that said Morgan Shepherd had turned crime fighter and actually helped police officers apprehend a trio of shoplifters.

The scene was a Wal-Mart parking lot in North Las Vegas just down the road from the Las Vegas Motor Speedway. Shepherd, and his wife Cindy, had just exited their rental car to do some shopping when all of a sudden three men came running out of the store with Wal-Mart security officers in pursuit.

From some comments via his "Faith Motorsports" official website, Shepherd relayed the next part of the story and said "I just got out of the car and then took off after them. I caught one of them just as he was going to hop a little wall at the end of the parking lot. I yanked him down and got on top of him."

Patrol units from the Las Vegas Police Department made very quick work at arriving on the scene to assist the Wal-Mart security team and they were very surprised to find Shepherd sitting on top of a shoplifter. One of the patrol cars stopped in front of Shepherd to insure that he was okay. Shepherd asked for and received a set of handcuffs and told the officer he would continue to detain the suspect. "I cuffed him and again sat on top of him," Shepherd said adding "the police officers showed up again and asked if I could hold him a little while longer while they ran down the others. I told them he wasn't going anywhere."

Shepherd never once told the young suspect, which he described as being 18 or 19 years old, that he had been chased down and apprehended by a 69 year old man. Despite the gap in their ages, the youngster probably never had a chance of out running his elderly pursuer. Shepherd over the years has been described as being a fitness perfectionist. The biggest part of his daily work out is jogging. He's also been frequently seen roller skating up and down pit roads during the weekends. The truth be known, Morgan Shepherd is probably in better shape than younger men more than half his age.

During the course of their time together, Shepherd said that the young man pled with him to be let go and further explained that he had made the mistake of falling in with the wrong crowd of people. He also confessed that he was terrified over the prospect of going to jail. Shepherd, also a well known devout christian, was moved and spent some time counseling him on the importance of making good choices and what happens when we indulge ourselves with bad choices.

Shepherd also noted that there too much stealing going on in the world and private citizens needed to take a more proactive stance in helping to stop this particular crime wave. "So many people would just sit and watch those guys, (at the Wal-Mart store), run away. People need to get up and help stop this type of stuff," he noted.

In the aftermath of this story, all three suspects were captured and taken into custody by the Las Vegas Police. Now completely finished with his law enforcement volunteer duty, Morgan and Cindy Shepherd calmly walked inside of the Wal-Mart store to do their shopping.

When the time comes for Morgan Shepherd to make the decision to hang up the helmet and retire from racing one has to wonder if retail security might not be a good direction for him to consider. Can you imagine Morgan Shepherd-Mall Cop? I can. I'm also betting that the Wal-Mart store in Las Vegas would hire him in a minute.