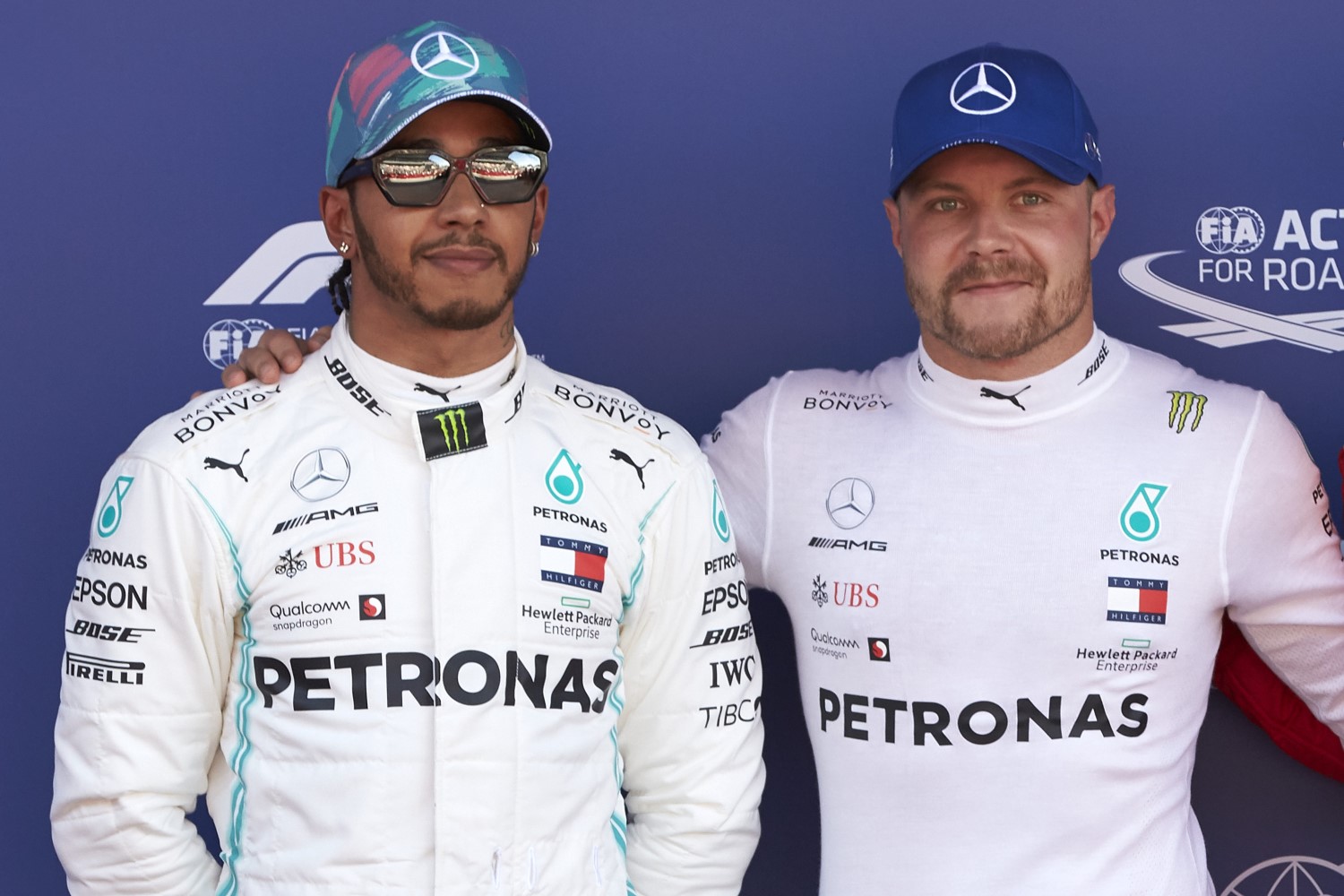 Putting their superior Aldo Costa designed car to good use, Mercedes teammates Lewis Hamilton and Valtteri Bottas buried the competition in the 2nd practice session for the Monaco GP, finishing over 3/4rd of a second ahead of the 3rd quick car – the Ferrari of Sebastian Vettel.

Hamilton and Bottas turned nearly identical times, separated by only 0.081s, which is expected when the car design is 99% of the equation in F1 and the driver barely even 1%.

Pierre Gasly was a surprising 4th quick for Red Bull while Alexander Albon rounded out the top-5 in his Toro Rosso.

FP2 witnessed a fascinating back and forth between Hamilton and Bottas, with the two drivers becoming the first to make it in the 1m 11s bracket early in the session before whittling their times down. By the end of the hour and a half’s running, Hamilton had posted a 1m 11.118s, with Bottas just 0.081s further back, the two Mercedes drivers in a league of their own.

We weren’t given a proper opportunity to find out how close team mate Verstappen could have got to the Mercedes in FP2, with the Dutchman only managing 10 laps before he was pulled into the Red Bull garage, with the mechanics working hard on a water leak on his RB15 before he made it back out with a few minutes to go. He ended up P6.

WHAT WE LEARNED FROM FP1 AND FP2

Lewis Hamilton
It's the dream for every driver to come to Monaco and have a car that you can exploit and utilize your abilities with. I'm really proud of the team and naturally our goal is to try and do something really positive this weekend. We've made some small tweaks over the two sessions and during the sessions as well, but I've been quite happy with the set-up. Every year we come back here, it gets faster and you really notice it when you're going past the barriers. Coming into Turn 12, you carry so much speed into that corner, and then there's just the wall in front of you; going up the hill to Casino it's the same thing. It's incredibly intense out there and you have to be so focused.

Valtteri Bottas
It's been a good day for us on track. In previous years, the car felt sometimes difficult to drive, but today it was very drivable, responsive and enjoyable. You need to find the limits on this track and I felt comfortable to push towards the limit, which is a good sign. Now we need to fine tune the set-up and make sure we keep going in the right direction. I think we've started the weekend on the right foot, but we're in Monaco and anything can happen.

Andrew Shovlin
As far as Monaco free practice sessions go, today's was fairly smooth. The first session was good, we were trying to run in the quiet parts of the session and were able to give the drivers a lot of time in clear air. We even managed to fit some higher fuel work in towards the end. The car was quite well-balanced once we got the tires up to temperature. Over the break, we expected the track to gain a bit of grip, so the changes were fairly modest. We started the second session on the Medium tyre, expecting it to be a bit of a handful but actually it was working quite nicely. We still seemed to have problems getting lap one out of the Soft, despite the hotter track temperatures in the afternoon. On the long runs we were suffering with an incredible amount of traffic and the drivers struggled to put two clear laps together. That has meant we've not got quite the level of information we'd like going into the race. Monaco is unusual in that we have an extra day between the practice sessions so it gives us more time to look at data and understand the issues. Our number one concern is getting the Soft tyre to work on the first lap; our headline times were good today but it took us a lot of laps to get there and qualifying is so important at this track. We've got Esteban in the simulator this evening and tomorrow so hopefully he can help with some of that learning.