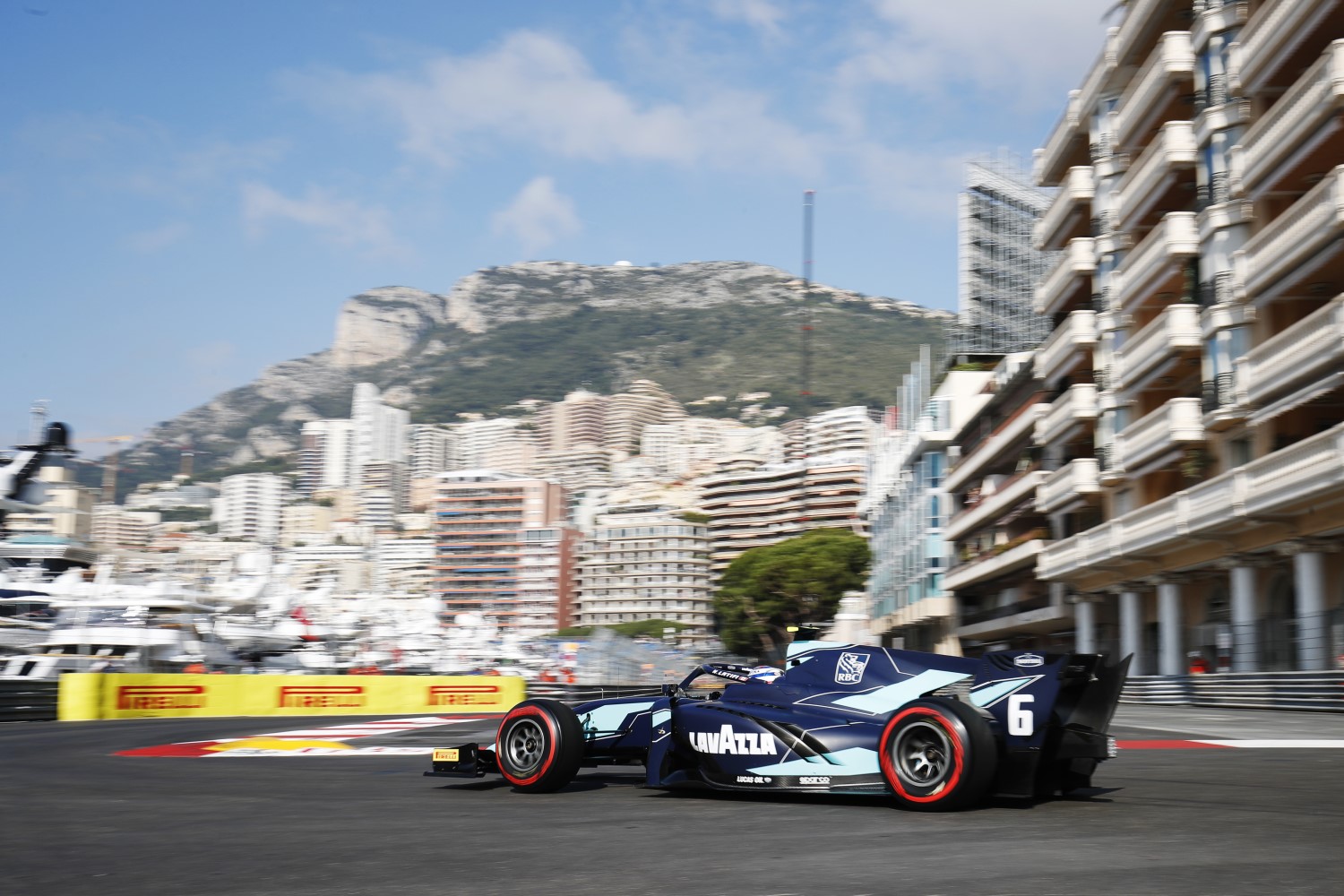 Nicholas Latifi was the coolest out on track in Monaco, as he led the way in this morning’s FIA Formula 2 Free Practice, with a time of 1:21.887. Title rivals Nyck De Vries and Luca Ghiotto came closest to the Canadian driver, but the ART and UNI-Virtuosi men had to settle for second and third.

DAMS duo Latifi and Sergio Sette Camara were amongst the first out onto the streets of Monte-Carlo and it was the Brazilian who set the early pace, with 1:27.446. Not to be outshone by his teammate, Latifi quickly lapped quicker and set 1:24.648.

The duo continued to improve upon each other’s times as they fought for the top spot. Meanwhile, De Vries was still getting to grips with the circuit as he misjudged the chicane at the exit of the tunnel and cut through the middle of it.

The VSC was deployed when the Carlin of Nobuharu Matsushita stopped on track at Turn 6, ending his session early. By then, De Vries had finished warming up and snapped into action, pinching second from Sette Camara and setting his eye on the top spot.

With one Carlin out of the running, the other upped its game when practice resumed and Louis Deletraz set a new fastest lap, but it wouldn’t last long, as Latifi drew further pace from his DAMS machine and reclaimed fastest once more.

With the order seemingly restored at the top, the bulk of the drivers ducked into the pits to switch to the supersofts, in preparation for this afternoon’s qualifying. On the quicker compounds, De Vries had a go at stealing fastest, but the Dutchman was quickly usurped by the unassailable Latifi, who dipped under 1m22s.

It would remain the same until the checkered flag, with Latifi and De Vries followed by Ghiotto, Sette Camara and Jack Aitken. Callum Ilott, Dorian Boccolacci, Deletraz, Sean Gelael and Anthoine Hubert completed the top 10.

The cars will hit the narrow streets of Monte Carlo once again at 1.20pm local time. Odd numbered drivers will go first in Group A, while even numbers will follow at 1.44pm.