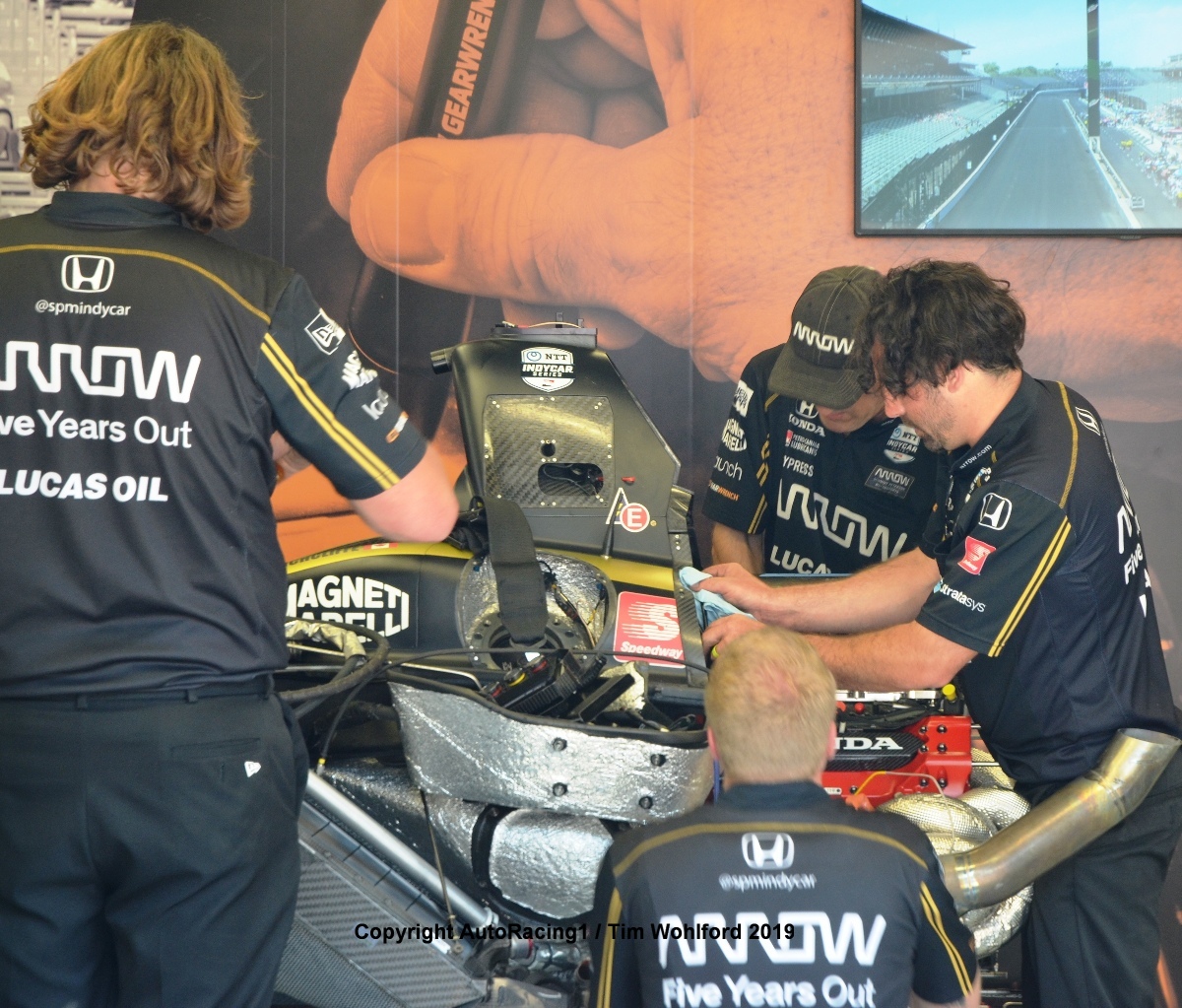 UPDATE James Hinchcliffe has been cleared to drive and his team is frantically preparing his backup car for a qualification run yet today..

05/18/19 Indy took its 4th casualty of the month, this time when James Hinchcliffe crashed during his qualification run in turn 2. Similar to the crashes of Kaiser and O'Ward, his car snapped around in turn 4, did a 270, and slammed sideways into the wall. Prior to the crash, his car pushed in the corner (understeer is a common problem this month) and he responded by cranking more steering into the corner. The wheels caught, the car came around, and he was along for the ride — including a slide on his side. See video below:

This was a scary moment for @Hinchtown during #Indy500 Qualifying. Listen to the crowd's applause when he climbs out of the car. Chills. #INDYCAR // #ThisIsMay pic.twitter.com/Whm05prS9L