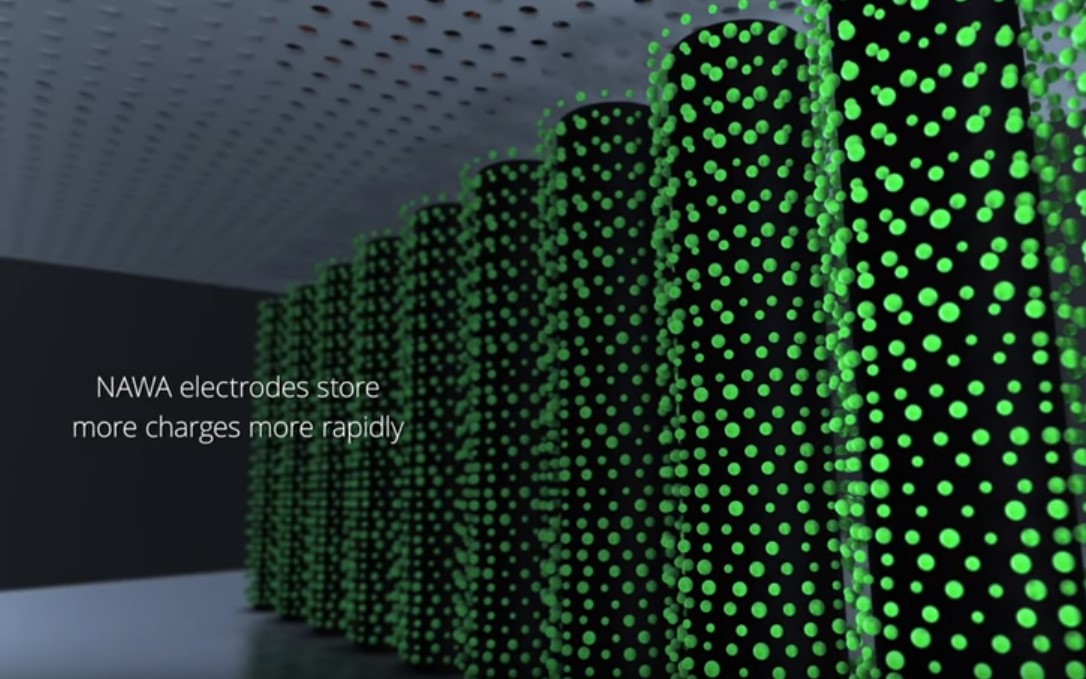 Charging almost instantly and offering massive power density, Nawa's innovative ultracapacitors are ready to make a mark across industries from automotive to power tools and aviation. And after raising more than US$10 million, this French company is going into mass production.

Nawa's ultracapacitors offer an interesting alternative (or augmentation) to lithium battery systems. When it comes to fast charging or discharging, there's simply no contest – they can pick up or pump out power at rates that absolutely demolish lithium cells, meaning that charging is next to instantaneous – we're talking sub-20 seconds for a full charge – and they're unparalleled for quick bursts of huge power.

Their energy density isn't great compared to batteries, storing maybe a quarter of the power lithium units can for a given volume, but compared to other ultracapacitors their carbon nanotube structure crams up to five times more energy in. They're useless for longer-term storage, leaking somewhere between 10-20 percent of their energy per day, but on the other hand, they last up to a million cycles and are exceptionally durable across a range of temperatures and environments that might test the limits of standard batteries, such as space, high-temp drilling or undersea.

We've covered the technology before, including an interview with Nawa's CEO and COO last year. And now, the company has announced that it's raised the capital and laid down the roadmap to get these things into mass production within the next 12 months.

Thanks to â‚¬9 million (US$10 million) worth of funding raised from both new and existing investors, Nawa will be putting an ultracapacitor production line into its facility in Aix-en-Provence, France, which will go into action by the end of the year and is expected to ramp up to a capacity of 100,000 cells per month. The company says the global ultracapacitor market is sitting at around â‚¬500 million (US$560 million) right now, but is projected to grow between 400-600 percent in the next five years.

Nawa will first target the manufacturing segment, where ultracapacitor-powered hand tools and automatic guided vehicles for warehouses could more or less eliminate charging downtime and offer decades of usage with no power or energy fade. There also seem to be some IoT applications ready to roll.

But we're looking forward to seeing what these things can do in transport. Supercapacitor buses are already on the road, but these compact ultracapacitors could lead to some interesting hybrid energy storage systems in which lithium batteries provide long-term and long-range energy at moderate power draws, but with ultracapacitors delivering massive power and acceleration when needed, while also capturing more energy out of regenerative braking.