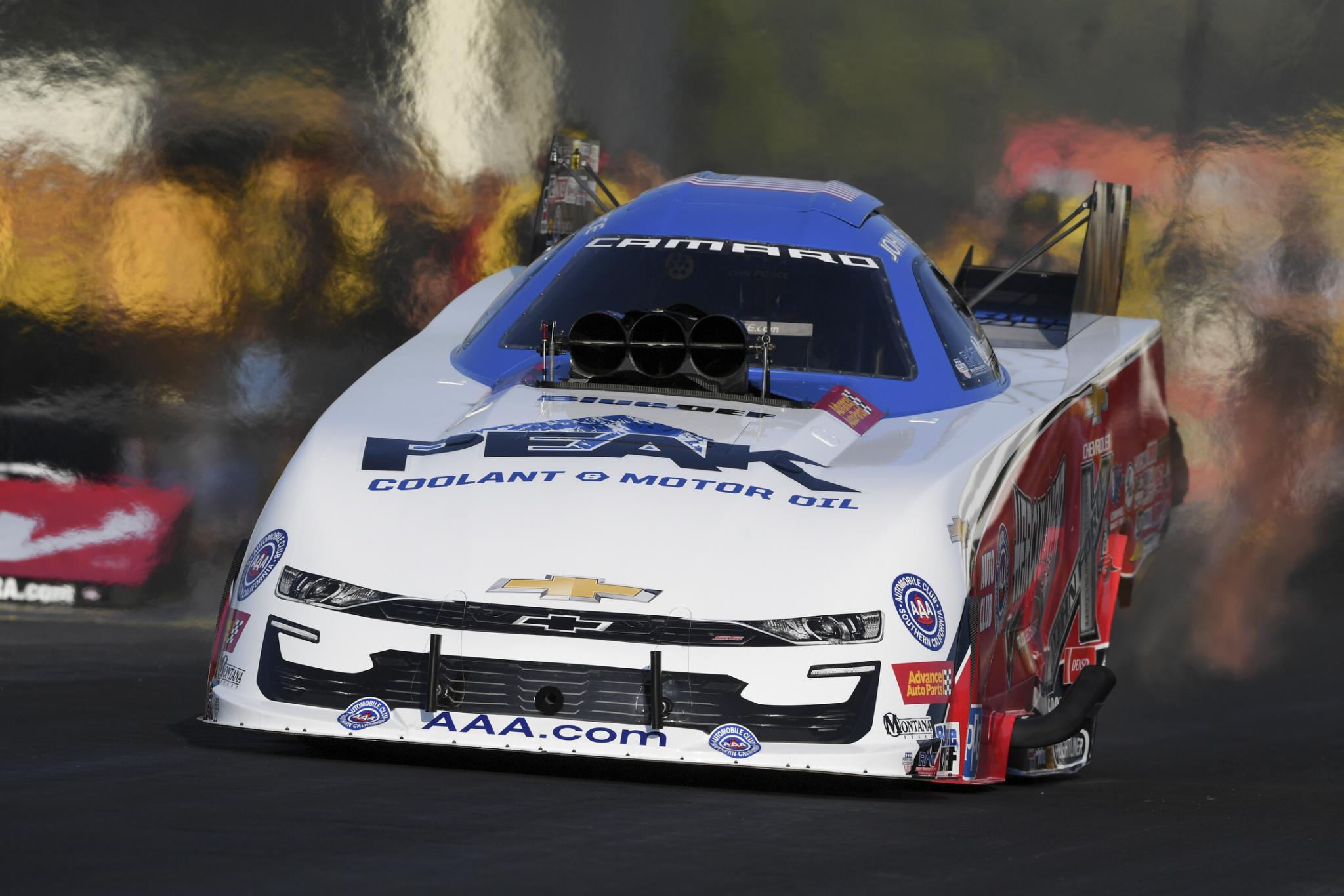 Clay Millican (Top Fuel), Jason Line (Pro Stock) and Matt Smith (Pro Stock Motorcycle) are also provisional qualifying leaders in their respective categories at the eighth of 24 events during the 2019 NHRA Mello Yello Drag Racing Series season.
J. Force is chasing his second No. 1 qualifier of the season and 157th of his career after he set the track E.T. record of 3.899-seconds at 321.88 mph in his PEAK Coolant and Motor Oil / Heculiner Chevrolet Camaro SS took the top spot during the second qualifying session.
Millican is looking for his first No. 1 qualifier of the season and 20th of his career following setting the track record E.T. of 3.749 at 325.30 in his Parts Plus / Strutmaster.com dragster. Mike Salinas follows in the second spot with his run of 3.754 at 323.04 as Brittany Force rounds out the top three.
Line finished atop the qualifying order in Pro Stock with a 6.563 at 210.11 in his Summit Racing Chevrolet Camaro. He is in pursuit of first No. 1 qualifier of the 2019 season and 54th of his career. KB Racing teammates Greg Anderson and Bo Butner are in the second and third positions, respectively.
In Pro Stock Motorcycle, defending world champion M. Smith leads the category after a run of 6.844 at 197.91 on his Elite Performance / DENSO Auto Parts / Stockseth EBR. He is in pursuit of his second No. 1 qualifying position of the season and 33rd of his career.
Qualifying continues at the Virginia NHRA Nationals at 12:45 PM E.T. and 3:45 PM E.T. on Saturday.