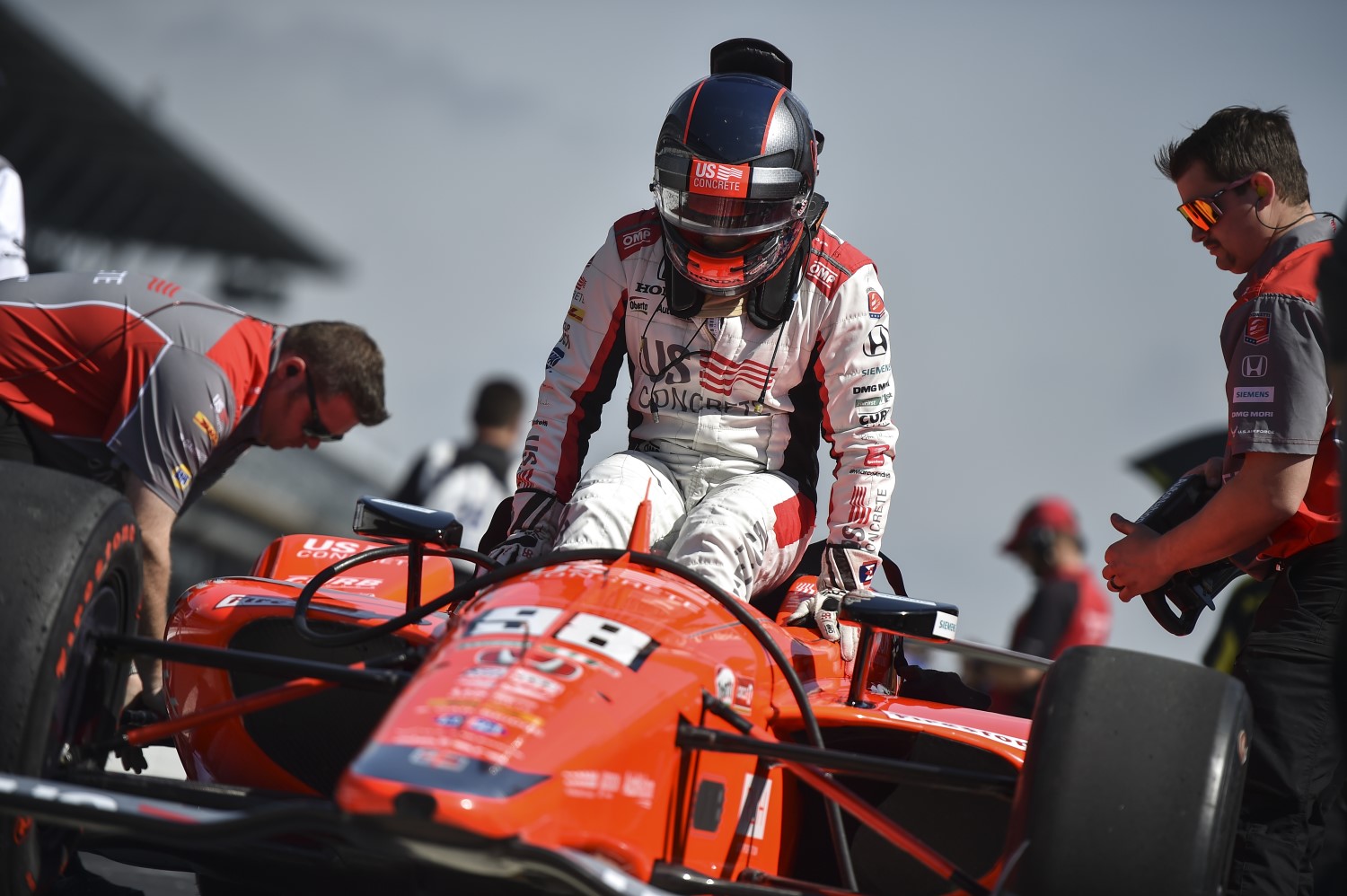 Fast Friday remains under caution as the crews dry the track after rain showers passed through a little over an hour ago.

Fastest so-far are Andretti Honda teammates Marco Andretti and Conor Daly – both over 230 mph with a tow.

Fernando Alonso continues to struggle with his McLaren Chevy and has put up only the 30th best non-tow time. He's finding the cars a lot harder to drive with the current low-downforce setup compared to what he had back in 2017.

We expect the track to go back green before too long.

Rembrandt Charms has extended its sponsorship of DragonSpeed and rookie driver Ben Hanley to include the 103rd Indianapolis 500 presented by Gainbridge. Having joined the global endurance racing team’s NTT IndyCar Series entry as a lunch sponsor at the St Petersburg and Barber rounds, Rembrandt Charms is looking forward to being part of the world’s biggest one-day sporting event.

“Rembrandt Charms, like IndyCar itself, is enjoying strong growth by responding to changing consumer interests," said Vice President Eric Lux. “Rembrandt Charms is consistently voted a top-selling, hot brand by retail jewelers. Our traditional charms and charm bracelets have been featured in 2019 fashion runways and leadingfashion magazines such as Elle, Harper’s Bazaar, and Women’s Wear Daily."

“We are already using our IndyCar involvement to boost to our consumer advertising and promotional campaign on behalf of the thousands of retail jewelers that carry our collections, including a racing-themed bracelet for fans of the sport," continued Lux.

Eric himself raced with DragonSpeed team principal Elton Julian to win the 2011 American Le Mans Series LMPC title and drove for DragonSpeed in 2015, helping Mercedes-Benz secure its first American GT title. “I admire Elton’s boundless determination and effort which have led his team to great achievements, including victories in the IMSA WeatherTech Championship, FIA World Endurance Championship, and European Le Mans Series so far this season." Eric says. “Rembrandt Charms is proud to support Elton, Ben, and the entire DragonSpeed team in their quest to qualify for the Indy 500 this weekend. And we’re just as proud to bring an all-American brand to the all-American race."

“It’s a genuine pleasure to continue our association with Eric and Rembrandt Charms as we attempt to qualify for our first Indy 500," said Elton Julian. “Eric understands what racing can do for his business and is as ambitious about exploiting the opportunities as we are to establish ourselves in IndyCar."

Rembrandt Charms has been designing and manufacturing charms and charm bracelets for over 50 years, and today offers “The World’s Largest Charm Collection in Silver and Gold." All Rembrandt Charms products are manufactured in the United States or Canada and covered by a lifetime warranty. They are sold exclusively through authorized retail jewelers; store locations can be found at RembrandtCharms.com.