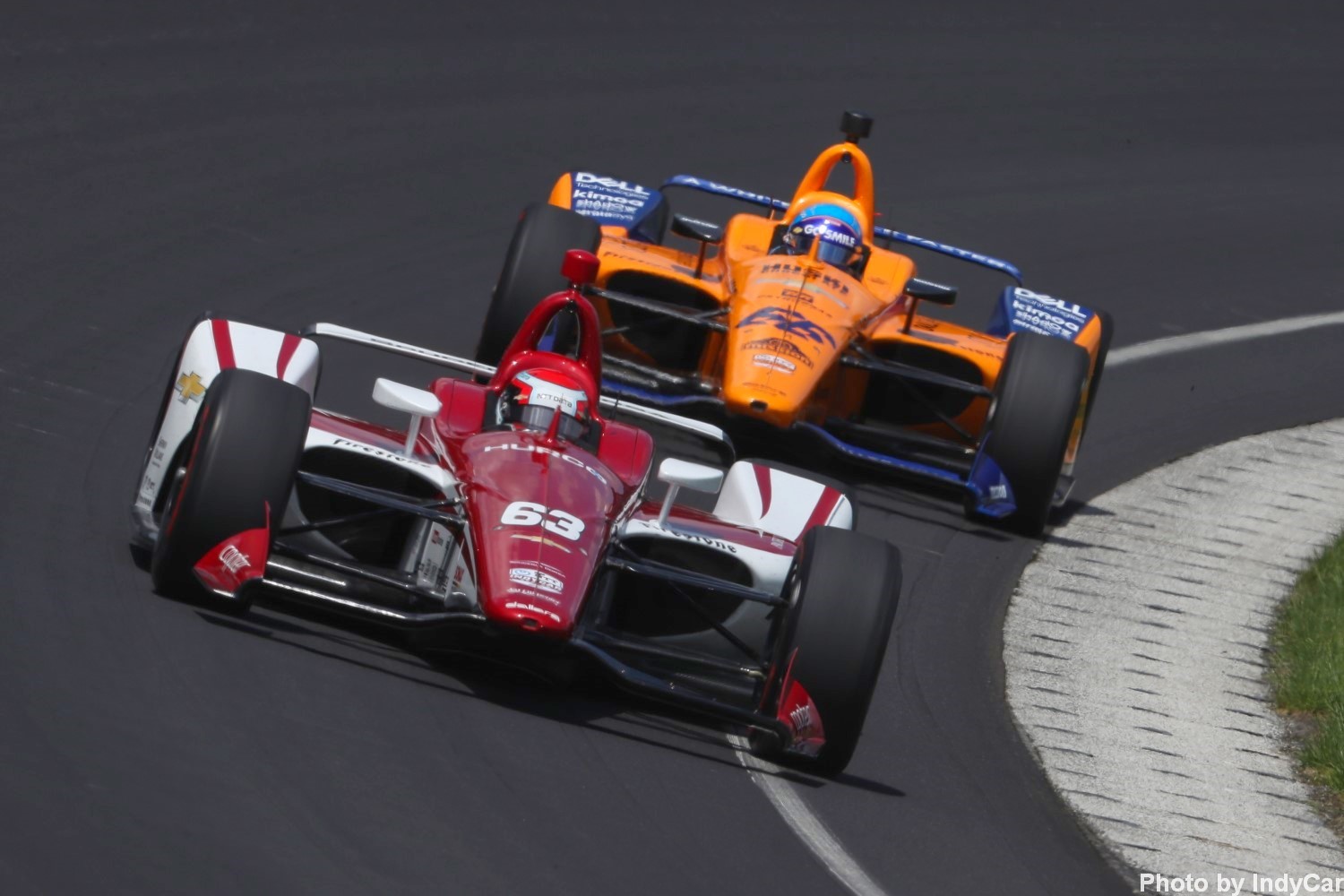 UPDATE After an hour delay due to threatening weather and a sprinkle at the track, the track is going green at 3:40 pm.

05/17/19 ï»¿Good morning from a the Indianapolis Motor Speedway. There are signs of the wicked storm that blew through the area yesterday afternoon around 5 pm. Portable toilets and large garage cans are lying on the ground. There was some damage to a couple of radio masts in pit lane due to the high winds. We also heard that metal barriers were also blown over during the short storm.

The sky is brightening up as the safety trucks are circling the track, assisting in the drying process. The sun is shinning as the dark clouds are moving out of the area. The high temperature for late this afternoon is predicted to be 84 degrees. The weather today should not include thunderstorms.

For Fast Friday the Indycars will have an extra 50 HP of boost today. Not sure if we will see speeds over 235 miles per hour because it will be the warmest day of practice this week.

Helio Castroneves, driving the number 3 Pennzoil Sponsored Team Penske entry, is looking forward to the final day of practice before qualifying. Attempting to join the list of four time Indy 500 winners, Castroneves commented after yesterday’s practice. “We had a great day for the Pennzoil Chevy “yellow submarine” machine. We basically planned for everyone running more of a race setup, but a lot of people were working on their qualifying setup. We decided to keep to the plan and stick with the race trim, but not much was done because of traffic. However, we learned some good things in the clean air so now we need to switch the mode. We’re going to go for qualifying mode tomorrow looking for a lot of speed. It should be a great day tomorrow.”

Will Power, winner of the 2018 race, commented about his Thursday. “It was a good day for the Verizon 5G Chevy. We tried some qualifying stuff so we’re definitely narrowing in on what we need for setup. We still need to make the racecar a bit better. We’re going to go completely for qualifying stuff tomorrow and see how we run.”

AR1 will keep you posted on what happens in Indy today.