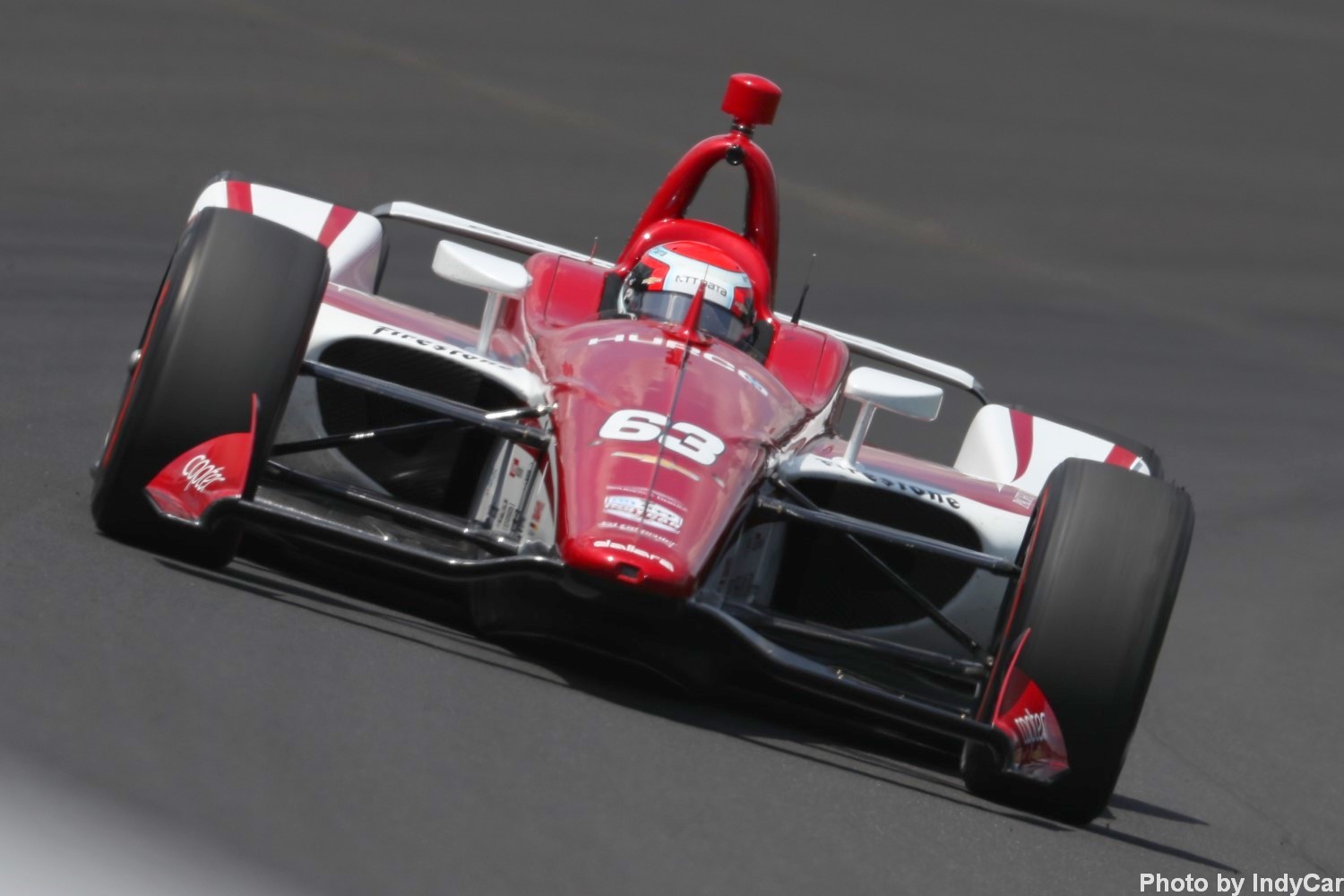 Rain cut short the final hour and a half of practice at the Indianapolis Motor Speedway on Day 3 that saw Ed Carpenter Racing Scuderia Corsa’s Ed Jones turn the fastest lap and Fernando Alonso never turn a lap while his car gets fixed.

Honda drivers, meanwhile, rounded out the rest of the top five on the speed chart in this practice session led by Takuma Sato, Zach Veach, Sebastien Bourdais and Colton Herta.

"It was a great day!" Jones said. "To be quickest in overall and no-tow is a goal. More importantly, I think we made more gains with the handling of the car. As the conditions have changed, we've been able to keep up. We just have to keep adapting to the track changes for tomorrow and for qualifying."

Meanwhile, Alonso – returning to the Indianapolis 500 this year in search of a victory to complete the final leg of racing's Triple Crown – never made it on the track Thursday as his McLaren Racing team spent the day preparing a backup car after the two-time Formula 1 champion crashed his primary No. 66 Chevrolet in practice the day before.

Gil de Ferran, the 2003 Indianapolis 500 winner who now serves as sporting director at McLaren, said the team is not rushing to get the backup car ready, preparations that included an engine change when the powerplant in the primary car was found to be damaged in Wednesday's incident.

"While we have a number of experienced individuals in the team, we are still relatively new as a crew," de Ferran said. "Because of this and the fact that we have deep respect for Indianapolis, we are being careful and measured in our approach and want to ensure we're sending the best possible car out on track.

"Not running today was a serious setback to our Indy 500 program, but all is not lost. We should have a full day of practice and preparations for qualifying tomorrow and our goal will be to have a nice, clean day."

Jones, who finished third in the Indianapolis 500 two years ago as a rookie, is paired with team owner/driver Ed Carpenter and full-season driver Spencer Pigot in a three-car Indy 500 attack for the team. Carpenter was 8th (223.820 mph) on the no-tow list – designated as such because it comes without the aerodynamic tow from a car ahead on track by 10 seconds or less – while Pigot was 2nd (224.857 mph).

The no-tow list provides a good representation of how cars may perform in Crown Royal Armed Forces Qualifying this weekend, when they'll be on track alone for four-lap qualifications runs to determine the 33-car field.

"All things considered, I think all three drivers on the team feel pretty encouraged, and we are looking forward to the power turning up tomorrow in the Chevy engine and seeing what we can get out of the cars," said team owner Carpenter, a three-time Indy 500 pole sitter who finished second in last year's race.

Takuma Sato was second on the overall lap speed chart at 226.699 mph in the No. 30 Mi-Jack/Panasonic Honda. The Rahal Letterman Lanigan Racing driver was eighth on the no-tow chart at 224.428 mph.

"I'd say it was a very productive day despite a little issue in the car and the weather," said Sato, winner of the 2017 Indy 500. "We've done a qualifying simulation and worked on the race setup. We found several positives and I'm pretty happy with that. We are quite satisfied with how today went."

There was one single-car incident on Thursday. Rookie Patricio O'Ward lost control of the No. 31 Carlin Chevrolet and spun into the Turn 2 SAFER Barrier. The 2018 Indy Lights Presented by Cooper Tires champion was uninjured, but the car sustained heavy damage and he did not return on track.