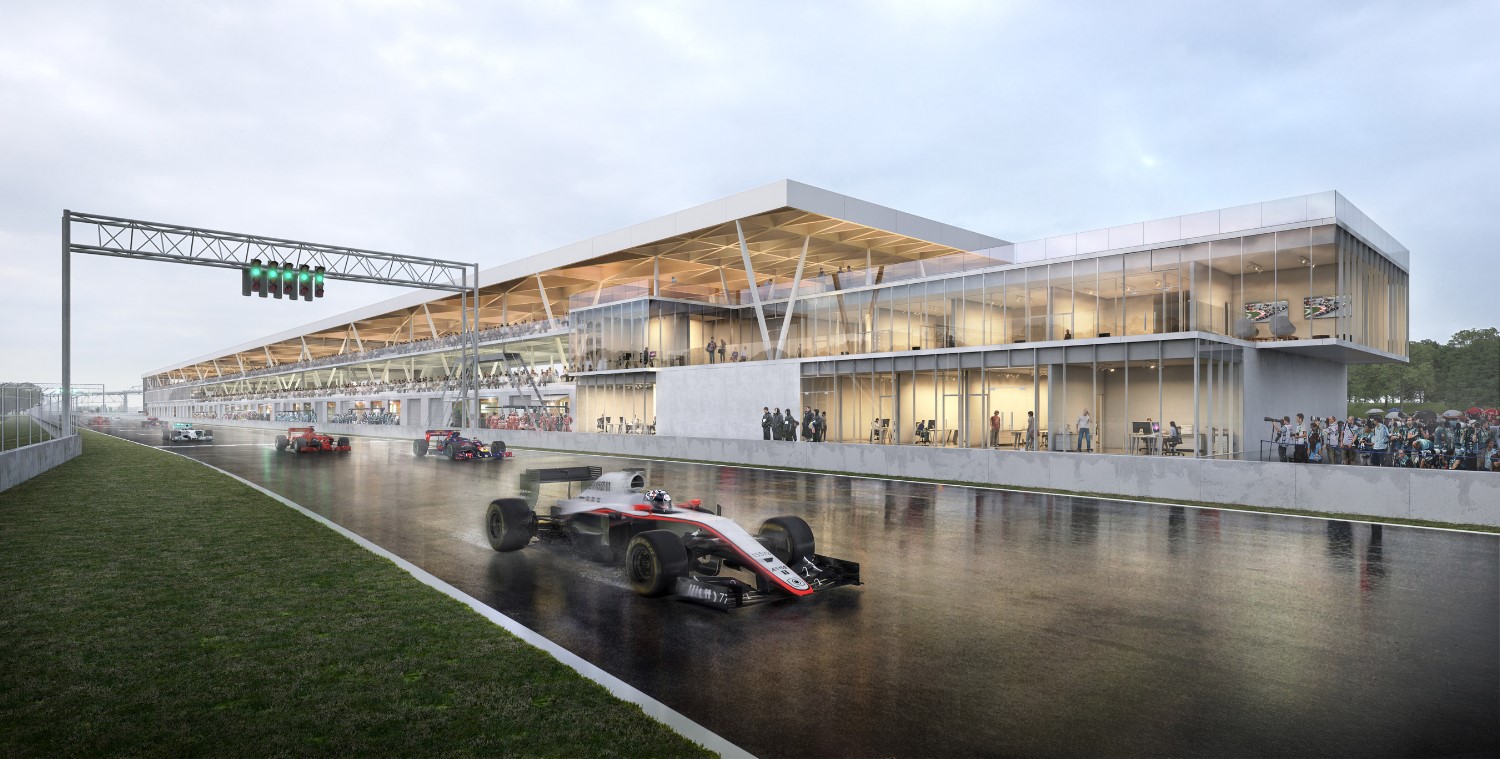 Many dignitaries and partners of the Grand Prix du Canada attended today the inauguration ceremony of the new paddocks at Circuit Gilles-Villeneuve, after a year of intensive construction work coordinated by the Societe du parc Jean-Drapeau within a tight deadline. The major project was completed through funding that included a $41 million contribution by the City of Montreal and $18 million from the Gouvernement du Quebec. Completion of the renovated paddocks means the 2019 edition of the Grand Prix du Canada Formula One race, which starts on June 7, will have new state-of-the-art facilities.

"The City of Montreal is proud to have been a part of enhancing and modernizing the new paddocks at Circuit Gilles-Villeneuve. This new infrastructure, which is on the cutting edge of technology, will help in making Montreal even more of an attraction, because it is a multi-purpose facility which can be used for many different functions. Montrealers, and everyone who uses the Parc, will be able to enjoy facilities tailored to their needs, and this will allow them to derive even more pleasure from attending events and activities, such as the Formula One Grand Prix du Canada, which take place there " remarked Ms. Valerie Plante, Mayor of Montreal.

"The Grand Prix is the sports event that has the biggest tourist impact in the province of Quebec, and even Canada-wide. Every year, the Grand Prix attracts a large number of tourists – about 50% – from outside Quebec. The tourism revenue streams are substantial. Additionally, the Grand Prix has widespread exposure in 150 countries and is watched by some 490 million unique spectators, worldwide. This enhances the status of the city of Montreal and, by extension, our destination as a tourist attraction. This exposure could potentially attract even more tourists to the province, which would be beneficial for everyone!" said Ms. Caroline Proulx, Quebec's Minister of Tourism.

A bright, modern and versatile building
The new facility, which is now erected on three floors, has been totally rethought and developed to meet everyone's needs: spectators at the event, staff of the F1 teams, the media and race commentators.

The new paddocks will allow all teams to benefit from two entrances at the front of the building for the cars, drivers and technical crews, as well as a service entrance at the back of the building to get to the Hospitality zone. Built without a permanent partition, the garage space is a modular concept based on the specific needs of the respective teams.

The building also boasts an entirely new configuration in the sections for sports commentators and Formula One Championship staff. The control tower is now set up horizontally over two floors and is adapted to new technologies, while the press room is now integrated into the building rather than being set in a temporary tent structure, as it was previously.

The corporate loges, which have permanent grandstands, are now set up over two stories, with a seating capacity of 5,000, compared to 1,800 in the former facilities.

A freight elevator, large enough to hold an F1 car, has been set up on the far south side of the building, and this installation will also be useful when the paddocks are rented for corporate or private events once the annual Formula One Grand Prix race is over.

Sustainable development
The structure of the 1,425 mÂ³ roof is made of wood, a durable and sustainable material. The photovoltaic solar panels placed in certain areas on the roof are 64 mÂ² in total and they should store enough solar energy in one year to offset the energy costs required for the entire building during a Grand Prix event.

The entire roof has a white covering, which reflects most of the sun's rays, thereby helping in lowering the building's inside and outside temperature by several degrees. The building has LED lighting, both inside and out: an energy-saving solution.

Hailed for its modern look, its logistical way of completing complex construction, since the building had to be delivered within a 10-month time-frame, its use of eco-responsible materials, including the wood structures, and its seamless integration into the natural setting of the Parc, the project was designed by the architectural firm, Les Architectes FABG, and the CIMA engineering company.