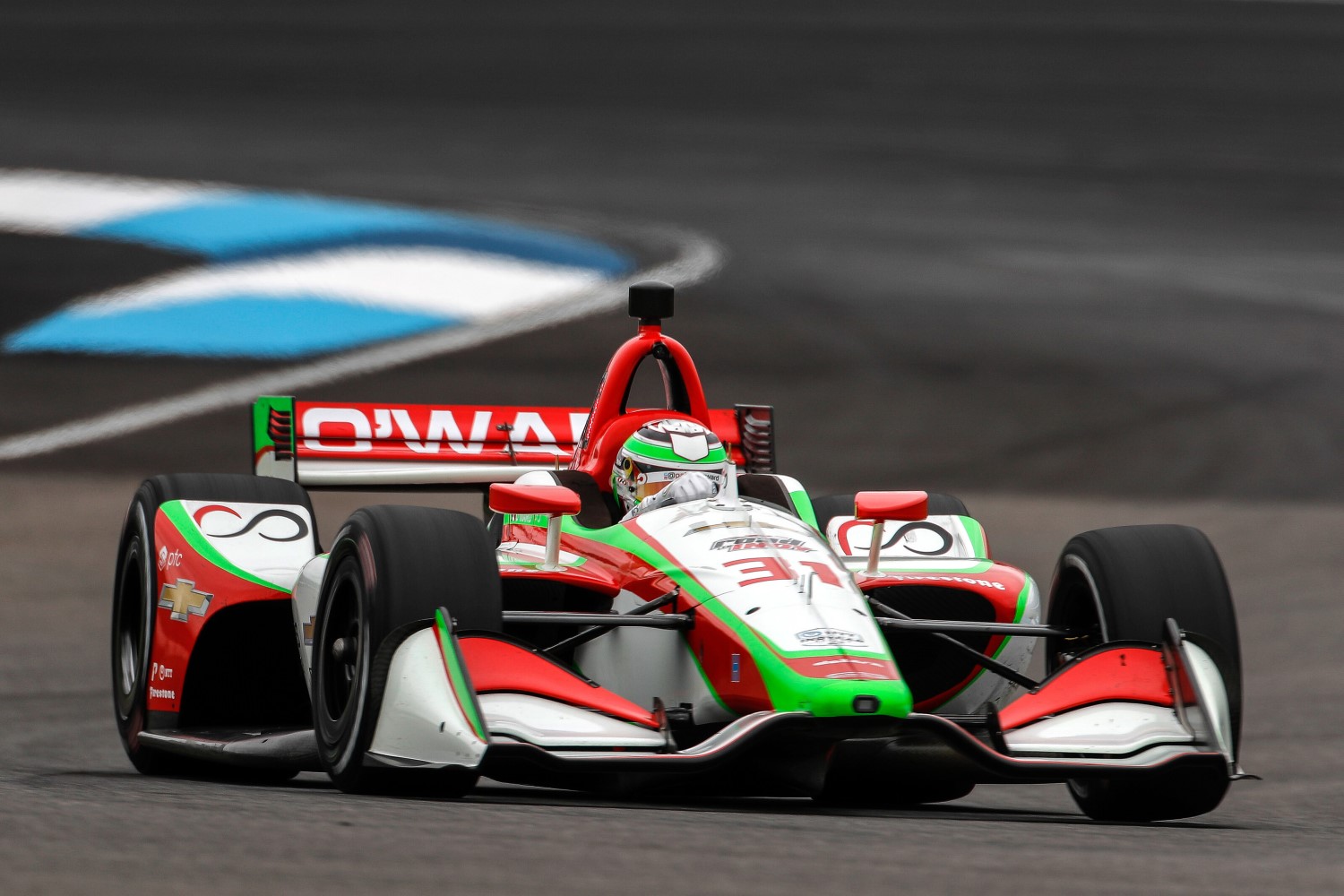 After ruining Alexander Rossi's race by running into the back of him at the start, Patricio O’Ward recorded the fastest lap of the INDYCAR Grand Prix this afternoon and finished 19th overall in tricky conditions during the fifth round of the 2019 NTT IndyCar Series.

O’Ward was immediately presented with challenges after struggling with an alternator issue halfway through the second practice that forced Carlin to address the issue – resulting in losing the second half of the session. Making up for lost laps in qualifying, the 20-year-old narrowly missed making it through to the next round of qualifying and had to settle for starting from 19th place on the grid. A final warm-up took place before the race this morning where the alternator issue came back and prevented the No. 31 Carlin Chevrolet from ever leaving the pit lane.

A colder than average day with rain in the forecast set the mood for the start of the INDYCAR Grand Prix on the road course at the Indianapolis Motor Speedway. Pushing hard off the start – O’Ward got into the back of the No. 27 car, which resulted in a drive-through penalty for avoidable contact. The penalty sent O’Ward to the back of the field but allowed him to open up and capture the fastest lap of the race on lap 4 with a time of 1:09.796. On lap 11 a full course yellow came out and allowed Carlin to change their strategy and have O’Ward pit for new tires and fuel hoping he could make the jump to the top of the field.

Another full course yellow came out a few short laps later, and Carlin refueled and refreshed the tires once more on the No. 31 Carlin Chevrolet with the strategy still looking strong by lap 25. The pit stop strategies of the other competitors began to fall in place just before lap 30 with a steady drizzle plaguing the road course and now running in 2nd behind the No. NG, the goal was to run consistently while saving fuel. Running strong in 2nd place with consistent fast laps, the strategy began to fizzle as the rain became a game-changer.

Struggling with the decision on which tires to run for the remainder of the race, O’Ward ended up on wet tires for the last quarter of the race along with the majority of the field. A tire pressure became apparent to the Mexican native and caused him to lose an immense amount of grip and ultimately fell back to 19th place as he crossed the finish line of the INDYCAR Grand Prix.

“This has just been a really tough weekend. We had issues yesterday and again this morning, but I feel like we ultimately ran a really good race up until the rain started coming down. We made a mistake on the tire to be on and it was like driving on ice. We lost all of the track position that we had made up during the race, coming up from 19th to consistently running in the top five. Considering where we started and a mishap on the start, we had made up a ton of ground. Regardless of how the race ended, I think we should be very pleased with how we ran and our overall pace. In the end, we just made a mistake."