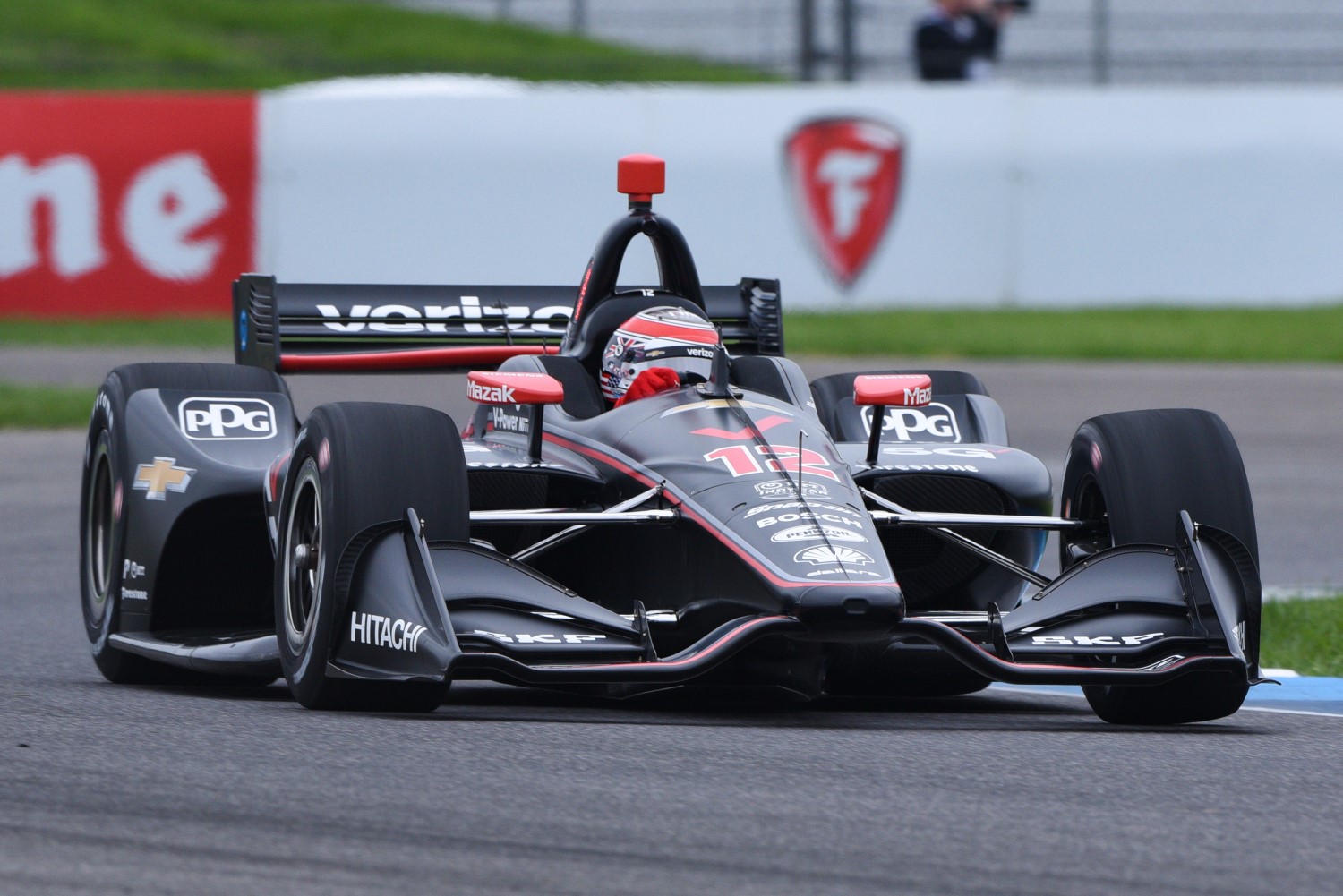 Will Power continued his dominance of the Indy Speedway road course on Friday morning.

Power, the three-time winner of the NTT IndyCar Series race on the Indianapolis Motor Speedway road course including the past two years, led Friday morning’s opening practice for the sixth edition of the INDYCAR Grand Prix with what has become a typically Will Power last-lap effort.

Driving the No. 12 Verizon 5G Team Penske Chevrolet, Power was clocked at 1 minute, 9.2890 seconds (126.721 mph) on the 14-turn, 2.439-mile permanent road course. The session-winning lap came after all cars were granted one timed lap following a late red-flag stoppage when Helio Castroneves, Power’s teammate was stopped on course.

“Not bad, a bit of work to do," Power said. “Obviously, one lap’s hard to judge on true pace because some people might put it together and some don’t. Just got to keep working at it. It’s going to be very tight – very, very tight – in qualifying."

Prior to Power’s late-session heroics, Spencer Pigot sat atop the timesheet. Pigot settled for the second-fastest lap, 1:09.4256 (126.472 mph) in the No. 21 Ed Carpenter Racing Chevrolet and was pleased with the initial effort.

“It feels really good, it’s great to have a good start," Pigot said. “It’s only Practice 1 so there’s a lot of sessions left to go, but it’s nice to roll off the trailer with a really good car. ECR and Autogeek and everyone have done a great job over the break trying to improve. So far, it looks like we’ve made some good decisions."