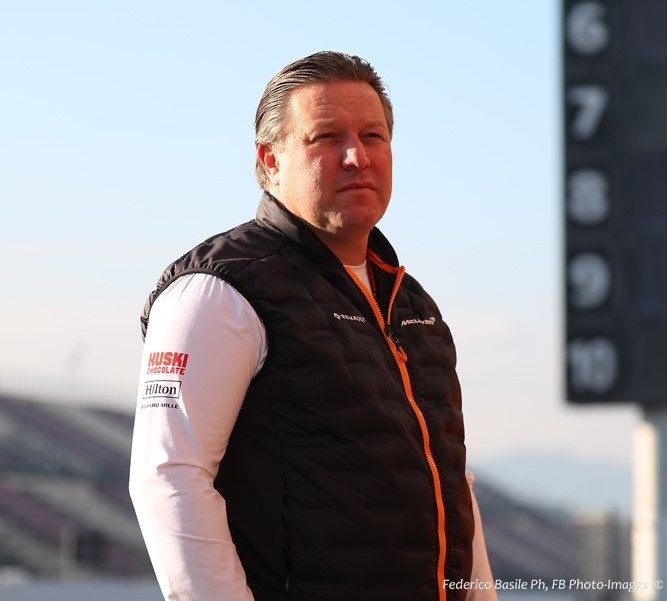 (GMM) McLaren boss Zak Brown says he is "satisfied" with how the British team's 2019 season is progressing.

The once-great team has had a dire time since 2015, but Carlos Sainz finished seventh in Baku with both Renault-powered cars in the top ten.

"Now we feel that we have started that road to recovery and that we are more competitive," he added.

"There is still a long way to go, but we are satisfied with the hard work that everyone is doing," said Brown.