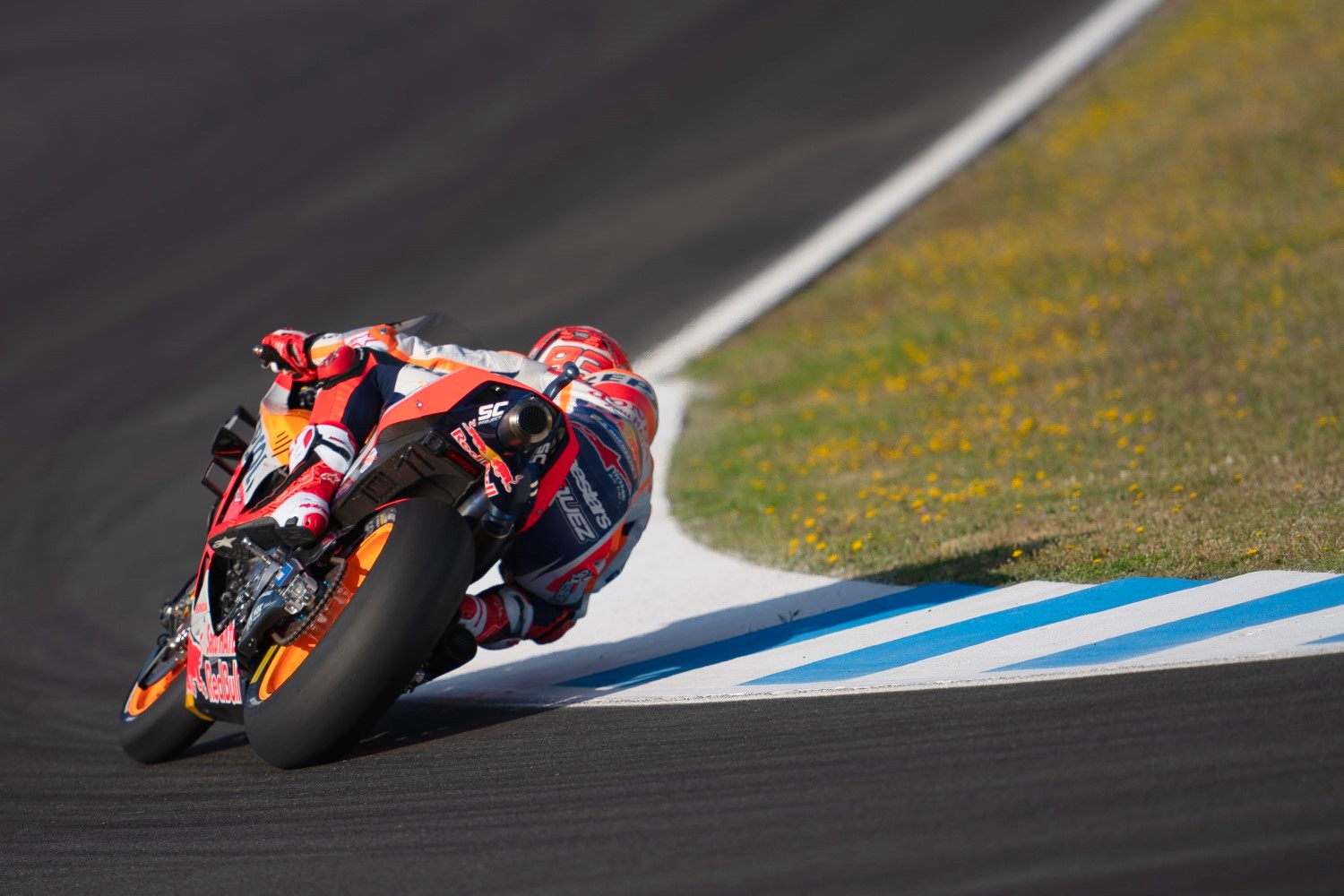 The Spaniard’s time shunted front row starter Franco Morbidelli (Petronas Yamaha SRT) down to fourth by just 0.009, with Takaaki Nakagami (LCR Honda Idemitsu) continuing his good weekend with a fifth-place finish in Warm Up – 0.524 splitting the Japanese rider from Marquez.

Despite some sort of bike problem, the slowest crash he’ll ever have and a near highside, Marquez heads into race day in Jerez at the summit. He’ll start third, with Fabio Quartararo (Petronas Yamaha SRT) beginning his day with a seventh in Warm Up. Don’t miss the Spanish GP from 14:00 local time (GMT+2)!