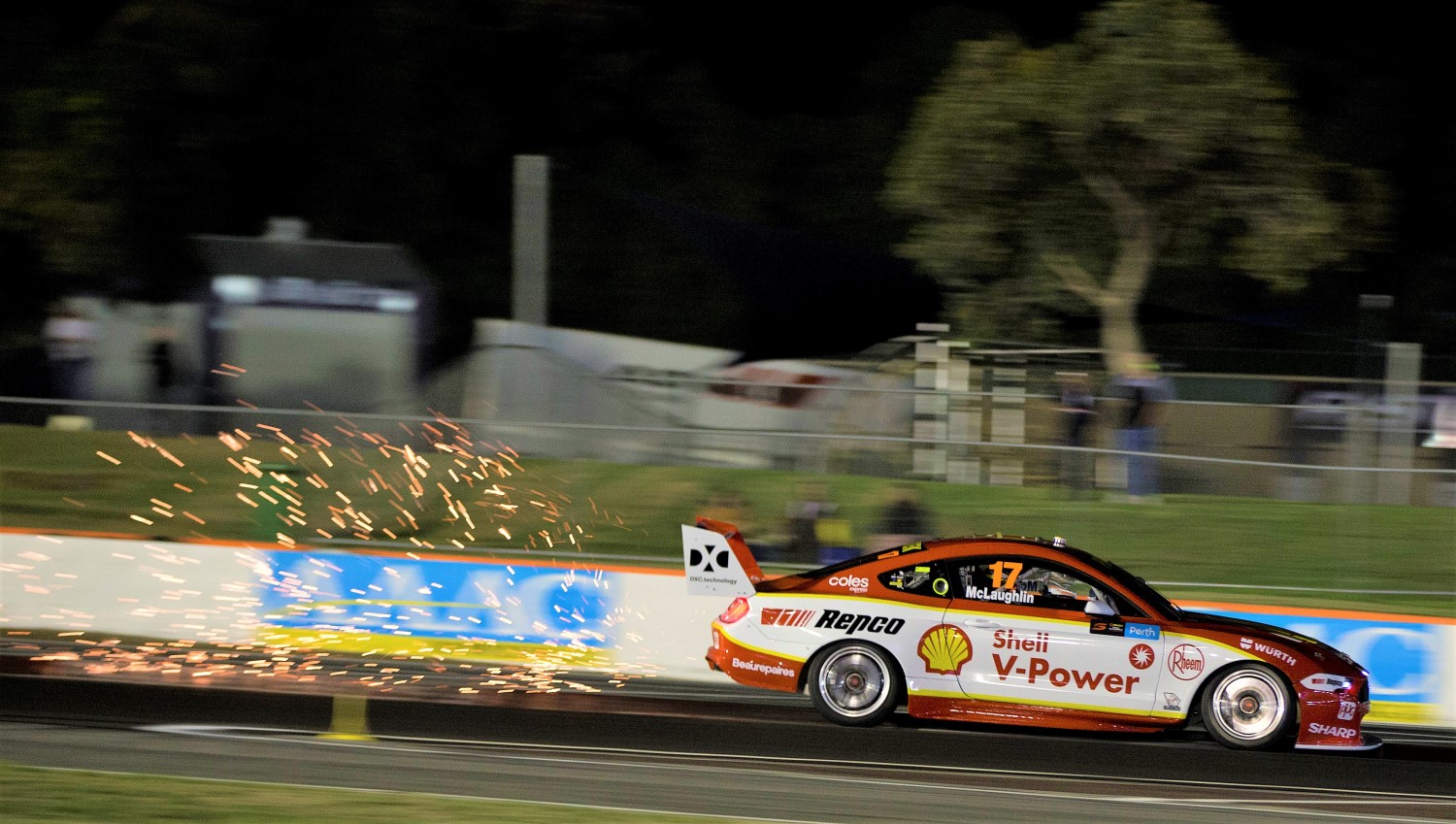 Jamie Whincup continued his steady improvement over the weekend in Perth by snatching himself a front-row start for Race 12 on Saturday night.

The Red Bull Holden man will start alongside Scott McLaughlin, who yet again dominated qualifying throughout as Chaz Mostert begins on the second row with Tickford teammate Cameron Waters.

Andre Heimgartner put in a sterling performance to claim P6 having been promoted from Q1 to Q2 after Waters was judged to have impeded him as he originally missed out on the top 10 in Practice 3 by just one hundredth of a second.

The task for Whincup now is to replicate his start from Friday night when he jumped McLaughlin off the line to take him going into the first turn, although the reigning Supercars champion was determined to stop that happening.

"I’m so stoked to continue the trend, keep pushing on," McLaughlin said.

"It’s all about best execution, I pride myself on that. Whenever you don’t do a good job you get angry but that was a pretty good one and I feel proud to do it for the team.

"Within the last couple of weeks there’s been a lot bits and pieces going around everywhere and it’s really cool to be able to rally together and come out with some good results.

"But it’s half-job done, we need to try and get off the line and win this race, because I wheeled her backwards yesterday."

Shane van Gisbergen will start on the fourth row alongside Will Davison but complained of his car’s slow qualifying pace compared to its race pace.

"I’ve got nothing, Johnny no-pace, so we need to find something to be a bit better in quali," Van Gisbergen said.

"Race trim, we’re really quick, now we’ve got to find a strategy to get us in clean air."