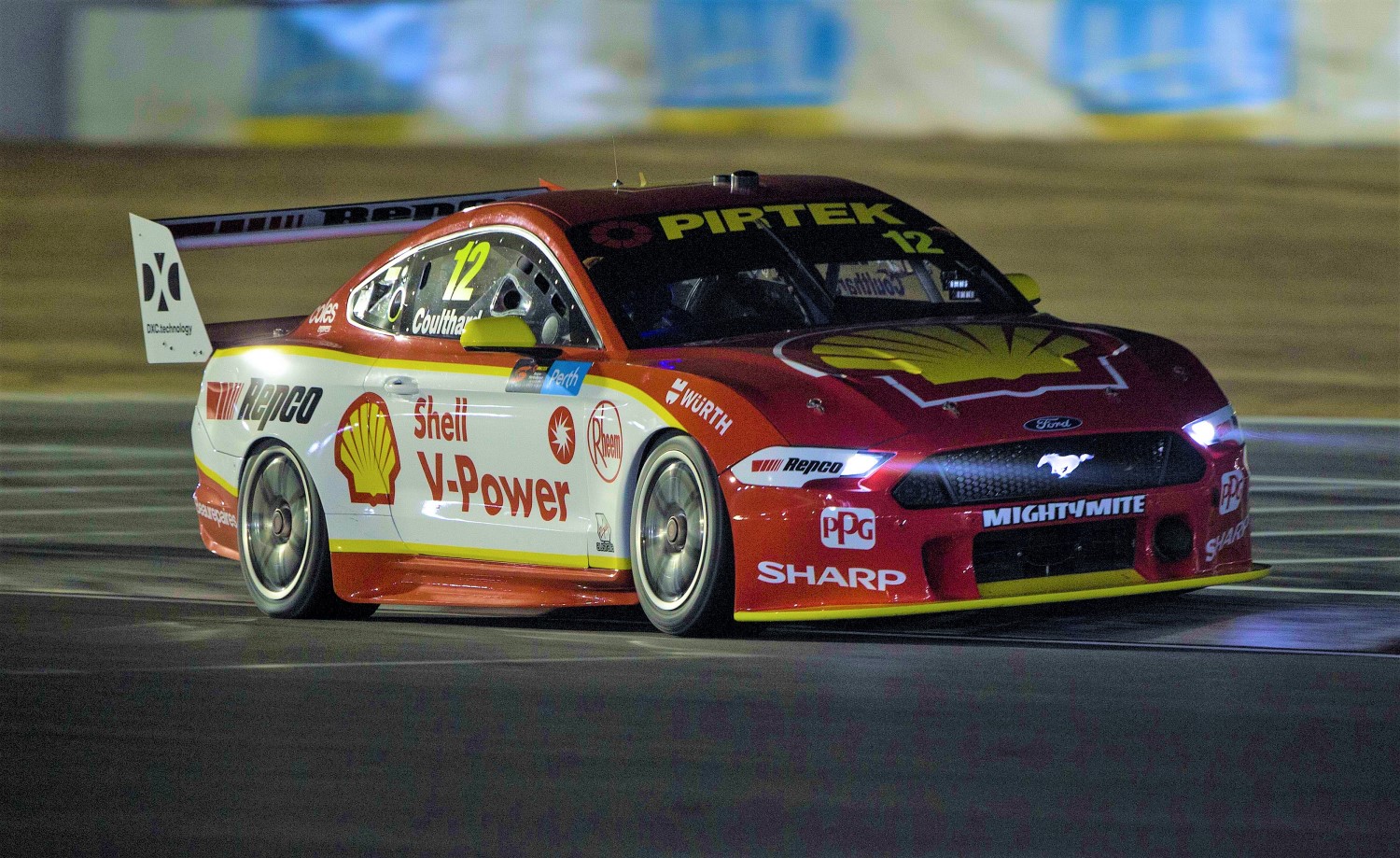 Scott McLaughlin will start Race 11 of the Supercars season from pole position, the seventh time he has claimed it this season.

The Kiwi shattered the track record he had set earlier in FP2 by posting a stunning 0:52.814, claiming pole ahead of his DJR Team Penske teammate Fabian Coulthard by 0.212secs.

There are four Mustangs in the top five with Jamie Whincup breaking up the ponies by starting in third, despite having to progress from Q1 after stuttering in FP2 earlier.

Despite his stunning lap, which is nearly two seconds quicker that the lap record before the start of the weekend, McLaughlin believed he could go even quicker.

"The lap was awesome. I wanted to go faster and I had a chance [because] I saved a set from the first session," he said.

"I wanted to go as fast as I could and managed to go a bit quicker too.

"The car was hooked, Ludo [Lacroix, engineer] is an absolute wizard, I’m very lucky to have him on my team."

Jamie Whincup was pleased with his resurgence after topping practice on Thursday to coming through all three stages of qualifying to start on the second row.

"The car is reasonable, but we keep making little errors that make it hard for ourselves," Whincup said.

"Eventually when we could show our speed in the end there we were P3, best of the rest.

"We made a heap of changes all the way through trying to get the car back in the window from where it was in practice."

The resurfaced track is provided some stunning lap times but Race 11 will be held under the cover of darkness for the first time this season, of which the drivers have only had one session of practice in – on Thursday evening.