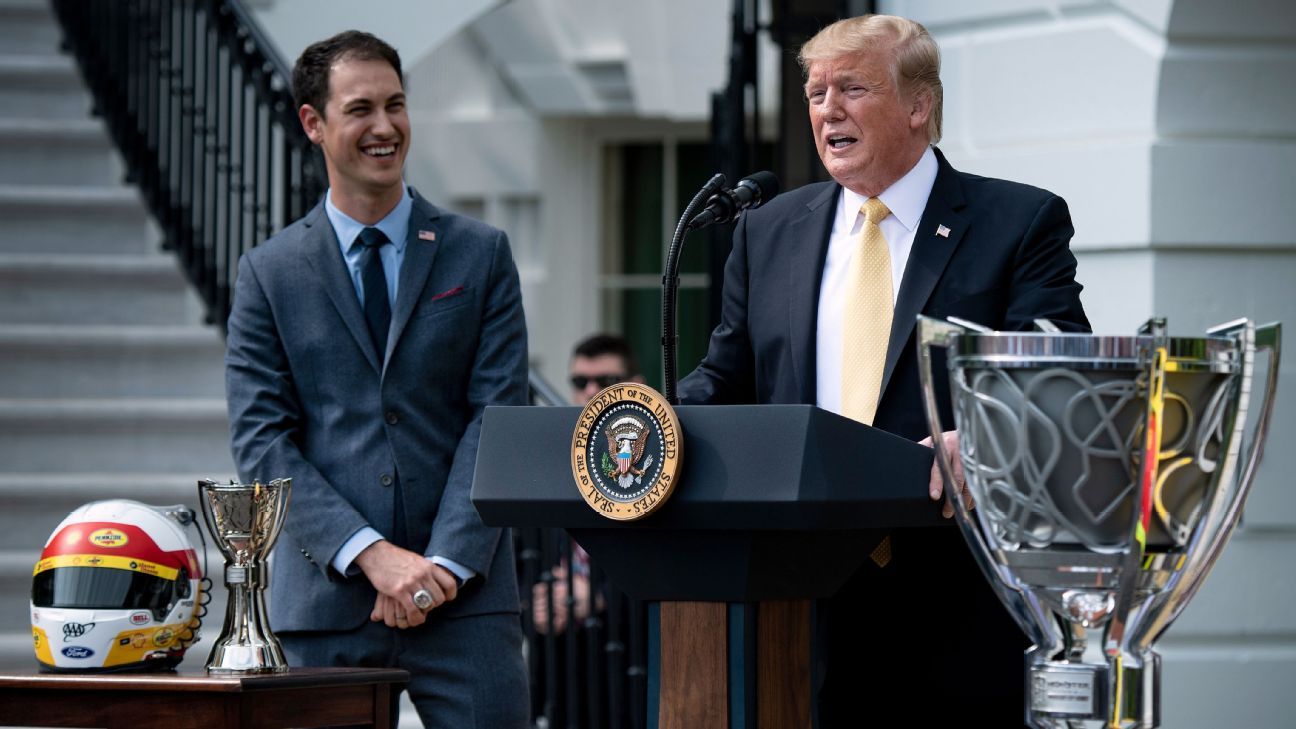 "One beautiful car," Mr. Trump said, with Logano's car in the background. "A little faster than the other ones but it also had to do with your right foot, I think."

"It's my pleasure to welcome to 2018 NASCAR Cup Series champion Joey Logano and Team Penske to the White House," Trump said on Tuesday.

Trump also shouted out Joey's wife and their son, Hudson — noting Joey celebrated the championship by placing Hudson in the trophy.

"That was quite a scene," Trump explained.

Logano was stoked to be at the White House — saying, "It's an honor to be speaking here."

He gifted Trump a track-worn racing helmet from the championship season — which Trump says he'll put on display in the Oval Office.

Trump says he considers himself a NASCAR fan and says he's been good friends with team owner Roger Penske for years.

Trump referred to the 82-year-old as "one of the truly great people of our world."

At the end of the ceremony, Trump invited the entire NASCAR team to view the Lincoln Bedroom — and promised to personally give the tour.

No word if he served up fast food when it was all over.

Mr. Trump told Logano he would give him a personal tour of the Lincoln bedroom, calling the room very "special."

Logano posted a picture of himself and his wife, Brittany, at 1600 Pennsylvania Ave.