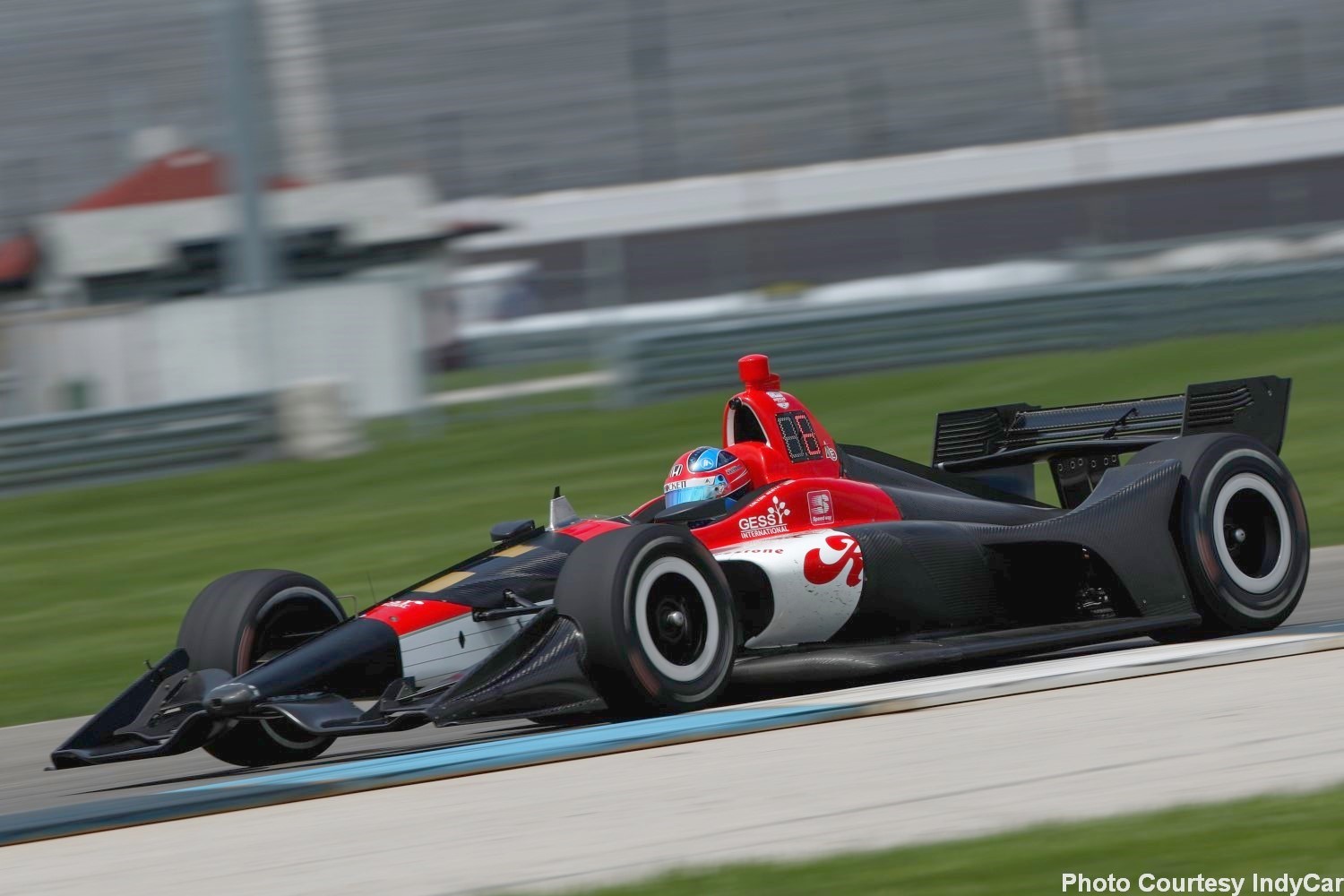 UPDATE According to our sources, the times you see below are a mixture of 2018 and 2019 Firestone tires. Firestone ran through their 2018 inventory of tires most of the day, and only released the 2019 tires during the last hour of the test.

04/30/19 A reader writes, Dear AR1.com, This Herta kid is the real deal. He's fast everywhere he goes and driving for a 1-car team puts him at a disadvantage. I'm not only impressed by the rookie's speed, but also by his no-nonsense. approach to beating up on the veterans. Sam J. Smith

Herta lapped the 2.439-mile road course in 69.5283s running a car with some new bodywork after he clouted the wall in Long Beach.

Herta's time was faster than Team Penske-Chevrolet Will Power's pole time of 69.8182s set on the softer red Firestones in 2018. Herta was running the harder black primary Firestones.

Jack Harvey and Ryan Hunter-Reay rounded out the top-5.

28-year-old former Formula One driver Marcus Ericsson in the No. 7 Arrow Schmidt Peterson Motorsports Honda liked the road course, which he never ran while in F1.

“I thought it was fun," Ericsson said. “I did it in the simulator the other week and it was pretty good. I enjoyed it. Pretty straightforward, three big braking zones and then some technical stuff in between that. I looked at some videos from last year as well. There seemed to be some good racing here with some passing opportunities. I’m looking forward to it."

“It’s more of a European-style track feeling, for sure, quite smooth with some big braking (zones)," Ericsson said. “It reminds me of that. But the lap is still quite short. It’s something I’m more used to. For me, it’s good. I like these tracks. I love Barber and Long Beach, they have lots of character, these types of tracks. I love that."

“I think we have a lot of potential," he said. “I think we’ve shown that. In every race, we’ve been super fast. We haven’t been able to connect the whole weekend. I need to get the hang of the tires. It’s very different from what I’m used to, coming from Pirellis with tire warmers to Firestones which don’t have tire warmers. It’s a different way to sort of getting a feel on new tires. That’s where we’ve been lacking.

“When we do long running, we’ve been super strong. We just need to get me a bit more comfortable on new rubber, and when we do that we’re going to be really up there fighting. We’re going to cause a lot of trouble for the other guys then."