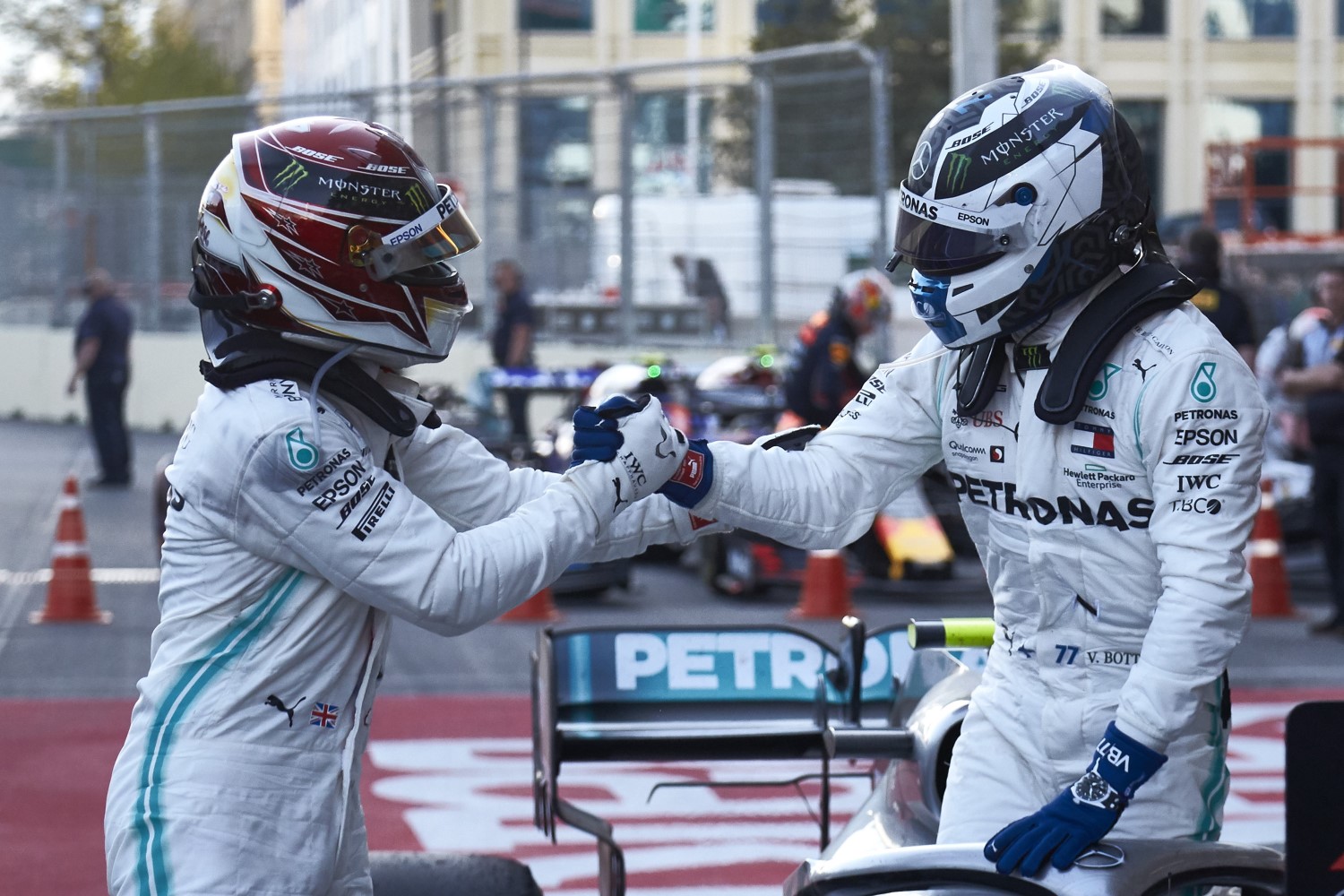 But it may not involve a Ferrari driver. Mercedes has won every single race so far in record-breaking 1-2s, and Valtteri Bottas leads Lewis Hamilton by a single point.

"It's too early to say that only one other person is in the world championship," said Hamilton.

The reigning world champion then said he was "too friendly" to Bottas in the fight for turn one, and indicated he hopes the fight stays that way.

"Some of my teammates have not kept to agreements," Hamilton charged, apparently referring to Nico Rosberg.

Toto Wolff, the Mercedes boss, certainly hopes the Hamilton-Bottas rivalry does not turn into another Hamilton-Rosberg type situation.

The Mercedes drivers denied they had been ordered to hold position at the end of the Baku race, but Wolff was spotted pressing the radio button at a crucial moment.

"No, there was no team order," Wolff insisted.

"If I had talked to the drivers, it's audible to everyone," he explained. "I pressed the button for the internal radio.

"I rarely speak directly to the drivers, because I know that sometimes I get a bit too emotional.

"What the TV viewers saw was when I consulted with our strategists about Vettel and whether we could afford to reduce our performance."

But there is no doubt that with Bottas leading the world championship, the situation is at least similar to when Hamilton and Rosberg's relationship completely broke down.

"We need to remember that Vettel or Leclerc can very quickly return to the fight, so we must avoid the sharpness that was in the relationship between Lewis and Nico," Wolff said.

"We are very fortunate that they have a good relationship, but we need to be careful. We've seen relationships break down in the past."