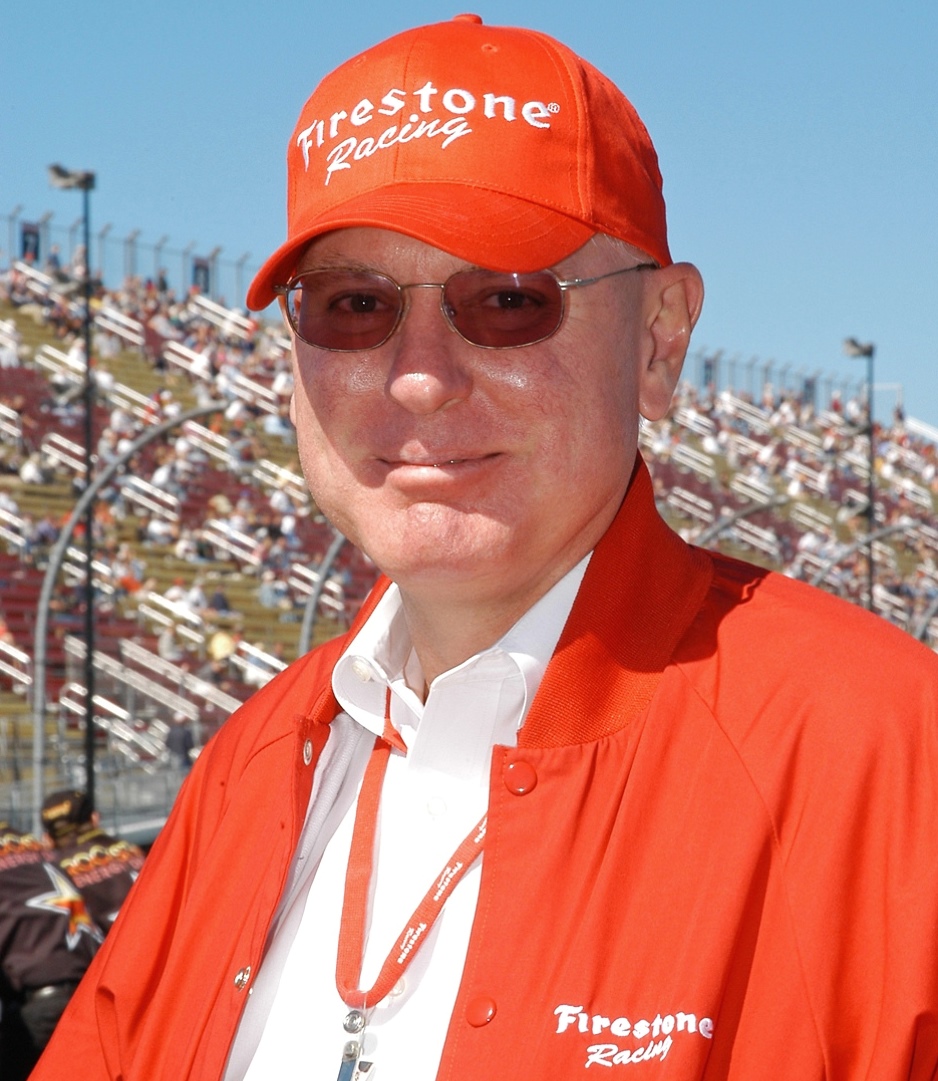 There will soon be a change in leadership at Firestone Racing, and some speculate this could mean Firestone could be dropping out of IndyCar Racing.

Al Speyer, the group's executive director, submitted retirement paperwork this week. He will work at least through the Indianapolis 500 before stepping aside after a 38-year run with the company.

Also leaving Firestone will be another staple of the IndyCar program, Joe Barbieri, who's retiring in March. He has been with the company for 40 years, most recently as motor sports manager.

Firestone's current contract with IndyCar runs through the 2014 season.

12/13/12 Hoosier Racing Tire officials are making no bones about it. When I talked to them at last week’s International Motorsports Industry Show at the Indiana Convention Center, they confidently stated they’re interested in supplying tires for the IndyCar Series and have no doubt they can handle the job.

“We make more race tires than any other company," said Hoosier Tire spokeswoman Paula Nate. “Our tires have competed in all types of racing and on all types of tracks."

It’s true, for pure racing purposes, that Lakeville-based Hoosier, a family-owned company launched in 1957, makes more tires than any of the big boys, including Goodyear and the IndyCar Series’ current supplier, Firestone.

Hoosier tires are huge in many of the smaller race circuits around the country. The company has supplied tires for sports cars, stock cars and dragsters including teams in the Grand Am Rolex Sports Car Series, NHRA and NASCAR. Darrell Waltrip rolled into victory lane at the 1989 Daytona 500 on a set of Hoosier tires.

Discussions have heated up in recent months about IndyCar’s tire supplier. Firestone’s contract with the open-wheel series expires after the 2014 season and former series CEO Randy Bernard was looking hard at other suppliers. Firestone was not pleased and wasn’t shy about voicing those concerns.

In the spring of 2011, Firestone threatened to pull out of the IndyCar Series when its contract expired at the end of that year. IndyCar officials were forced to sweeten their financial deal with Firestone to get the company to stay through 2014. But sources close to the series said Bernard thought the deal had gotten too lucrative for Firestone so he opened up talks earlier this year with other tire suppliers.

The tire issue will be one of the first fires to put out for new Hulman & Co. CEO Mark Miles. It takes considerable time to develop a racing tire for a series, especially one whose cars regularly exceed 200 mph and on a wide variety of tracks.

Indianapolis Motor Speedway CEO and interim IndyCar CEO Jeff Belskus said he’d like to have a tire deal ironed out by early 2013.

IndyCar team owners and drivers have expressed concerns about switching from Firestone, adding that thoroughly tested tires are paramount for driver safety.

“Hoosier has a long history of providing a safe, consistent product," Nate said.

Hoosier sells mostly racing tires—not for passenger cars, so it wouldn’t need the type of marketing punch from the series that a company like Firestone would. Nate said Hoosier-made IndyCar tires could be badged with the Continental brand.

Sources close to Continental said the company is willing to consider spending as much to market the IndyCar Series as Firestone is currently. Founded in 1871, Germany-based Continental is the world’s fourth-largest tire maker behind Bridgestone, Michelin and Goodyear.