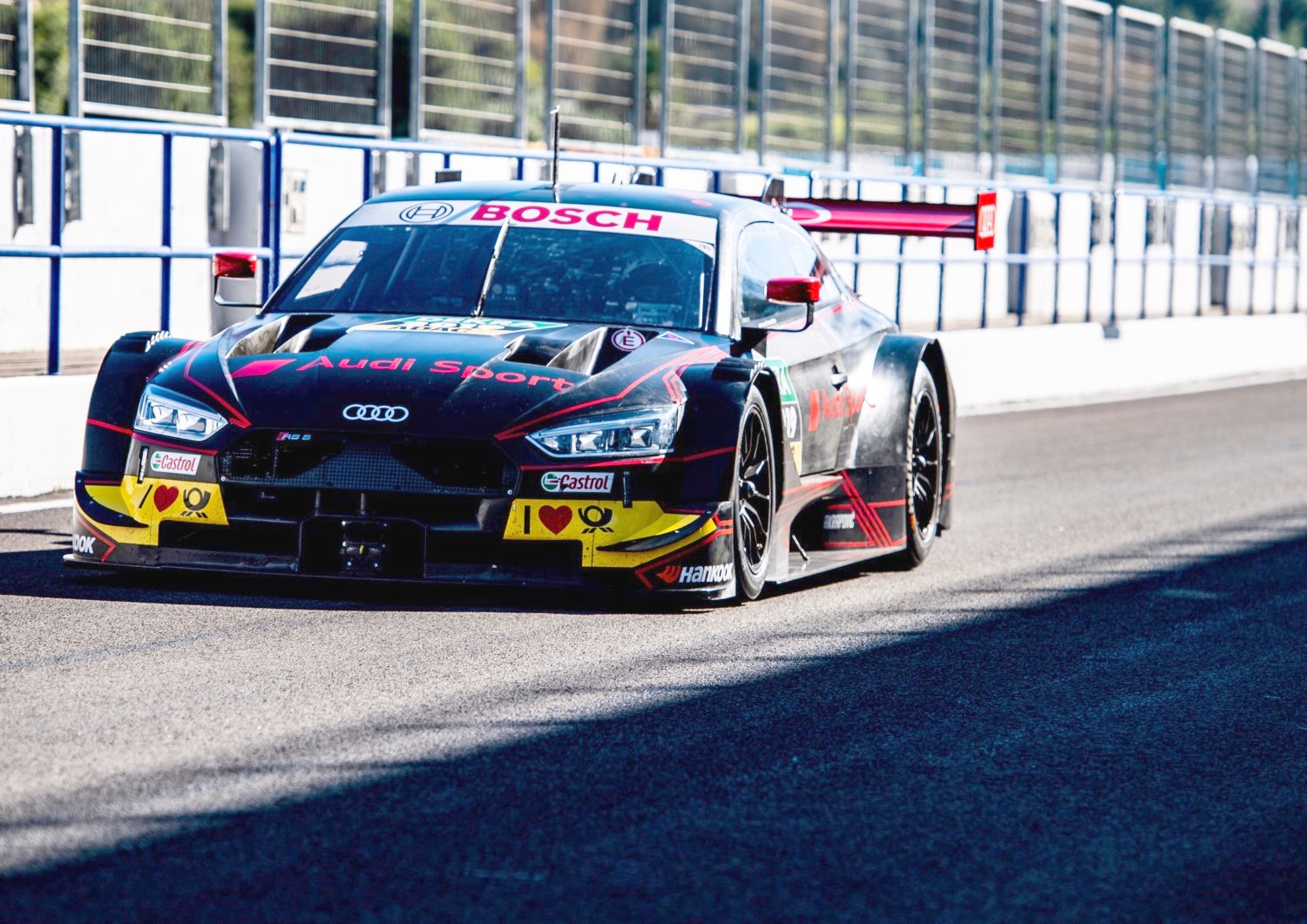 In racing, nothing stands still. Ahead of the brand new 2019 DTM season, we take a look at the fastest ever cars, turbo-powered engines, the arrival of R-Motorsport/Aston Martin, a host of new drivers, and a customer team.

Here’s our official look ahead of the first race of the year, at Hockenheim next weekend (May 3-5).

Aston Martin: The premium sports car brand, supplier of company cars to a certain James Bond, will appear in the DTM for the first time. The project operates from Switzerland, where R-Motorsport has gained the exclusive Aston Martin license, running the Vantage DTM. Responsibility for the DTM project at R-Motorsport lies with Vynamic GmbH, a joint venture of R-Motorsport parent company AF Racing AG and HWA AG, which builds the DTM vehicles. R-Motorsport enters four cars, overseen by team principal Dr. Florian Kamelger.

Customer Team WRT: The strategy of the DTM umbrella organization ITR stipulates that customer teams should also compete in the racing series in addition to the factory teams. The Belgian team WRT steps aboard for 2019, running two Audi RS 5 DTMs for Fittipaldi and Aberdein. The professional WRT team of former racing driver Vincent Vosse (BEL) has been a well-established player in international motorsport for years. Among other things, WRT has already won the Spa-Francorchamps 24 Hours.

Engine: The engine regulations represent the most important change made to the technical rules for 2019. The new, efficient two-liter turbo engines feature approximately 610 hp and 650 Nm torque. Minimum car weight has been reduced to 986 kilograms, making the power to weight ratio 1.6 kg per horsepower — the best in DTM’s history.

Push-to-pass: Engine performance can be increased at the touch of a button. The fuel mass flow restrictor increases the fuel (Aral Ultimate 102) throughput to the combustion chambers of the four cylinders at full throttle for five seconds, which should make it easier for the driver to overtake. The use of push-to-pass is limited to 12 activations per race. In the last five laps (or seven minutes of racing), the system may be used regardless of the distance to the car in front (at all other times, it’s a maximum of three seconds). It can be used in conjunction with the well-established DRS (see below). In qualifying, the use of push-to-pass is prohibited.

Rear wing and DRS: The new rear wings are 520 mm wider than their predecessors, but now feature just a single element. In conjunction with the modified, flatter rear diffuser, they will reduce aerodynamic downforce. DRS (Drag Reduction System) is retained for the new season; a pneumatic mechanism on the single-piece rear wing allows the flap to be lowered at the touch of a button. This reduces drag, increases top speed, and should improve the prospect of overtaking. However, it’s 2019 deployment has been subtly tweaked: it may now be used when the distance to the car in front is three seconds (whereas previously it was just one second). Furthermore, all drivers – with the exception of the race leader – can use DRS in the final five laps, regardless of the distance to the car in front. In the race, every driver is allowed to activate the DRS for a maximum of 12 laps.

New front-end: Due to the new two-liter turbo engine and its intercooler, air flow at the front of the cars has fundamentally changed. Where previously the logo of series partner Deutsche Post was centrally mounted on each car’s ‘license plate’, the larger cooling openings have prompted a switch to two corner-mounted plates and a large central air intake. On the bonnet, the cooling outlets are significantly larger than in 2018. In addition, the overhang of the front splitter has been reduced by 90 millimeters.

Starting procedure for the driver: There is no launch control anymore. The drivers used to be able to “pre-stress" their DTM cars in the final few seconds before the start by electronically locking the brake valve via switches on the steering wheel and optical aids (diodes), which indicated the optimal biting point of the clutch. This ensured an almost- perfect getaway. In 2019, the drivers’ abilities will now be more critical at the start. A swift reaction time is rewarded in tandem with expert usage of the clutch.

Camera instead of interior mirror: The combination of safety cage and unit monocoque that surrounds the DTM driver includes a newly developed knee protection area and a fire protection wall between the transmission unit and the cockpit. The view to the rear through a conventional interior mirror is no longer possible due to the bulkhead. For 2019, a small rear-facing camera captures the action, which is viewed by the driver on a screen located where the rear-view mirror used to be.

Race format: In 2018, the race time was determined as 55 minutes plus one lap. Now, each race will be held over a defined number of laps, depending on each respective racetrack, based on a race duration of approximately 58 minutes. Another new feature is the possibility of ‘extra time’: after a safety car period, the race director can extend the race by up to three laps. The maximum permitted race time is 70 minutes.

Two new racetracks – and the return of an old friend: The 2019 DTM calendar features two new racetracks: Zolder and Assen. Zolder, the Belgian venue for the first race in DTM history in 1984, is regarded as the birthplace of the series and was a regular DTM fixture throughout the 1980s and ’90s. Assen is new on the calendar. The Dutch TT Circuit has been an integral part of the MotoGP calendar for years and is a real challenge, featuring many high- and medium-speed corners.

Joint race event with SUPER GT in Fuji: The season finale in Hockenheim will feature several SUPER GT cars, which are also constructed on the basis of the joint “CLASS 1" technical regulations. These cars will not compete for DTM points. In November, the DTM and SUPER GT will appear together again at the Fuji Speedway for a non-championship event – an exciting and climactic encore for both series and their fans.

Support program: The DTM will play host to many exciting race and support series in 2019. On the first six race weekends of the season, the inaugural W Series for female drivers will play out. Porsche’s popular one-make series from Germany, Benelux and France will also join the calendar for six weekends. The ‘Tourenwagen Classics’, which proved hugely popular in 2018, will be supporting five DTM events this year.

Free access to the paddock: Access to the paddock is included in the ticket price for the first time across all ticket categories (while stocks last). Fans can expect a true festival: in the Fan Village, food trucks and a colorful entertainment program is aimed at families, while at Pit View and Pit Walk, fans can see the teams at work in a unique, up-close-and-personal environment.

A top DJ at every event: DTM umbrella organization ITR GmbH is expanding the entertainment program across its race weekends. Last year, international top stars and DJs performed at selected events in the DTM supporting program. For this season, there will be a concert in the Fan Village in the paddock at every race weekend. Access is free for all ticket holders.