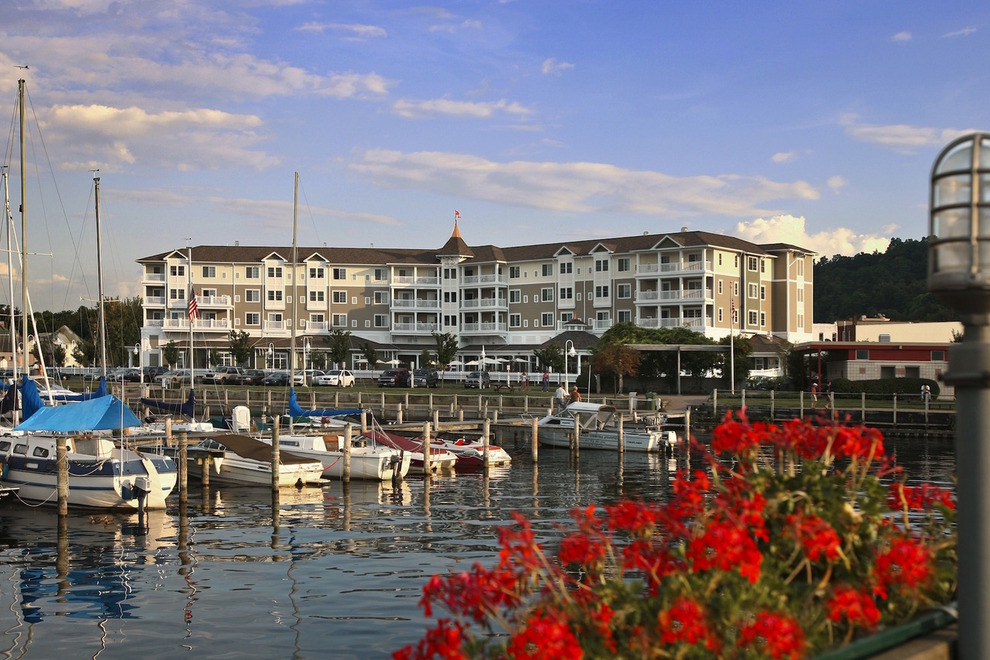 Watkins Glen International and the Watkins Glen Harbor Hotel have announced a multi-year extension to make the property the Preferred Hotel of the iconic 3.4-mile circuit, taking effect immediately.

“We are thrilled to be continuing our relationship with an award-winning property like The Watkins Glen Harbor Hotel," said Watkins Glen International President Michael Printup. “During our race season, it has not only become a popular choice for many of the fans, crews and competitors, but also a popular destination for visitors to the area, no matter the time of year."

The Harbor Hotel has been Watkins Glen’s first choice for upscale accommodations in the heart of Finger Lakes Wine Country since the impressive AAA Four Diamond property was built on Seneca Lake in 2008. In addition to 104 well-appointed rooms and several meeting and event spaces, the Blue Pointe Grille and Coldwater Bar is open to the public seven days a week.

“The Watkins Glen Harbor Hotel has enjoyed a great working relationship with WGI since the hotel opened in 2008. We very much enjoy working alongside the professionals that make WGI one of the top venues in the country for racing and entertainment," David Hart, President and CEO of Hart Hotels Inc. said. “We are happy to extend our relationship well into the future and look forward to serving the hospitality needs of thousands of annual users and visitors of WGI."

For the 2019 season, the IMSA Sahlen’s Six Hours of The Glen, NASCAR Go Bowling at The Glen and the SVRA Hilliard U.S. Vintage Grand Prix headline a season schedule full of the world’s most talented drivers, hottest cars and most competitive races motorsport has to offer.

Located within five (5) hours (~300 miles) of 25% of the US population, Watkins Glen International is the premier road racing facility in North America, three-times voted “Best NASCAR Track" by readers of USA Today. Keep up with The Glen on Facebook and Twitter. For tickets, camping, and additional information, call 1-866-461-RACE or visit www.theglen.com.