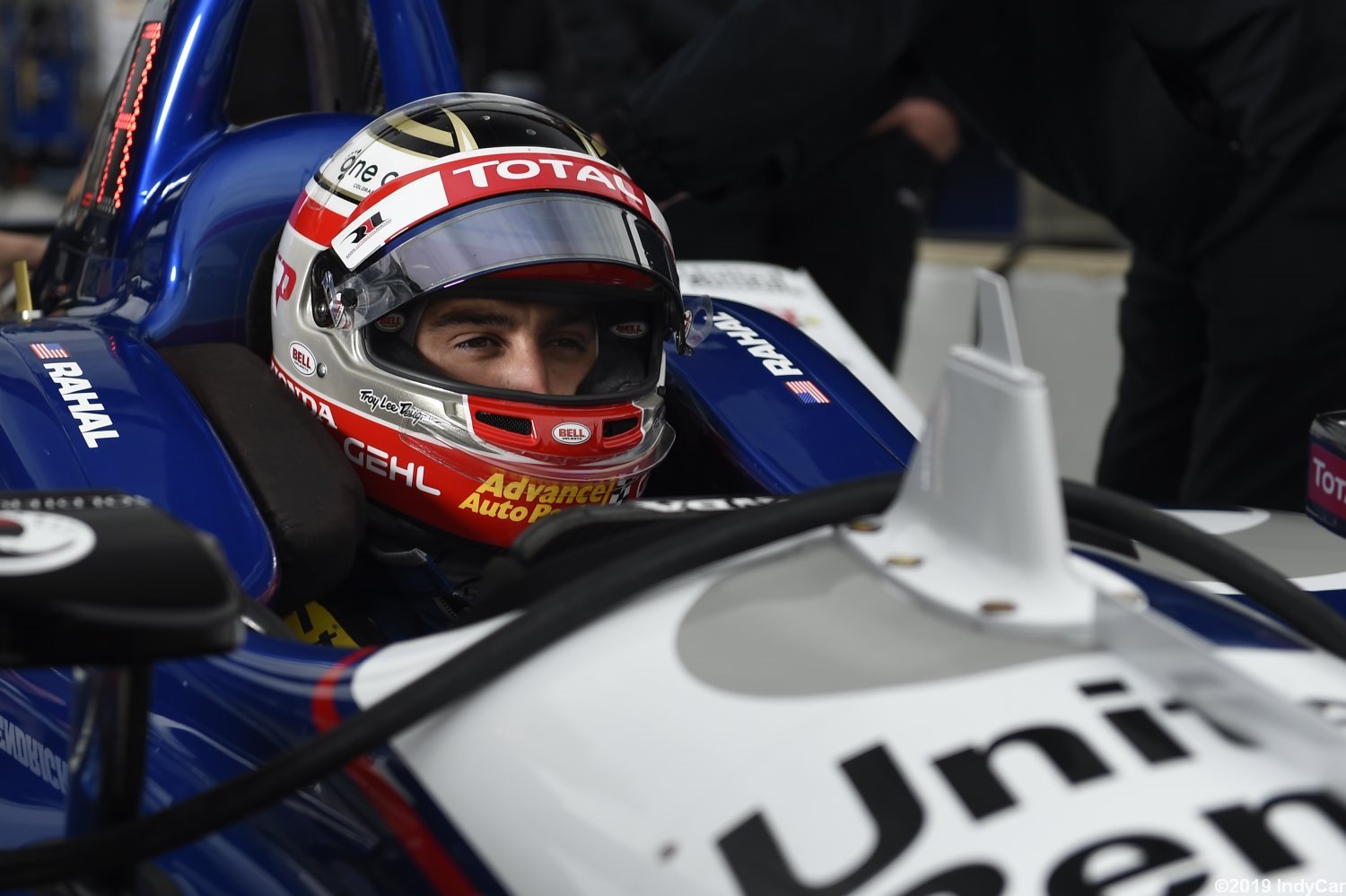 Drivers, teams and fans got a taste of May in April at Indianapolis Motor Speedway and came away hungry for more.

Wednesday's NTT IndyCar Series open test on the world-famous 2.5-mile oval permitted 29 drivers to get comfortable in their machines, go through team test checklists and provide rookies and veterans who've been out of the cockpit a while the chance to pass evaluations that clear them to run at full tilt when practice for the Indianapolis 500 presented by Gainbridge begins in 20 days. The 103rd running of "The Greatest Spectacle in Racing" is just 32 days away on Sunday, May 26.

Despite limited track time due to periodic rain showers, much was accomplished. Takuma Sato turned the best lap of the day at 226.993 mph in the No. 30 Mi-Jack/Panasonic Honda for Rahal Letterman Lanigan Racing, with Ed Carpenter just behind at 226.414 in the No. 20 Preferred Freezer Services Chevrolet. Those speeds were logged during a session open to 20 veteran drivers who have raced this season.

"The program was interrupted and stopped a few times," Sato, the 2017 Indy 500 winner, said of the rain that halted action twice and eventually put an end to the day with a third shower. "Having said that, today is meant to shake down the car, just check all the functions OK, feel it out. From that point of view, I think it was a very smooth day."

Carpenter, the only current team owner/driver in the NTT IndyCar Series, won the Indy 500 pole position a year ago and finished a career-best second. He, too, was satisfied despite the disjointed day.

"It was a little odd, but all in all, it was good," Carpenter said. "We got a decent amount of stuff done, not everything we wanted to do – just with the pauses and intermissions. At the end of the day, I think we ran more than what I thought we were going to the first time it started raining. It kind of sets us up for a decent starting place for when we come back for the full week of practice."

"It's still good to get that physical gratification and confidence back that things are looking all right."

The day's second session was reserved for Indy 500 rookie drivers and veterans who haven't competed in an NTT IndyCar Series event since 2018. Colton Herta was among the four first-timers who completed all three phases of the rookie orientation, turning the best lap of the session and fourth-best of the day at 226.108 mph in the No. 88 Harding Steinbrenner Racing Honda.

"It was pretty cool," said Herta, who became the youngest winner in Indy car history a month ago at Circuit of The Americas and won the Indy Lights presented by Cooper Tires race last year on the IMS oval. "The first few laps was the same speed as an Indy Lights car, so it wasn't too impressive. But once they kind of let me run at 215-plus on the third stage, it was pretty awesome.

"Definitely a dream of mine for a long time to be able to run an Indy car here. Even though it's just testing, it's still really sentimental."

Two-time Formula One champion Fernando Alonso returned to IMS for the first time since his attention-grabbing effort in the 2017 Indianapolis 500, when he led 27 laps and was named rookie of the year. The Spaniard's progress was delayed Wednesday by an electrical issue on the installation lap in his No. 66 McLaren Chevrolet and he was unable to complete both phases of the refresher session.

"It's good to be back, to feel again the magic of the place," Alonso said.

He added that the car issue wasn't a complete surprise since it was the first time on track with the Dallara chassis prepared at the McLaren Technology Centre in England, with the finishing touches placed on it a week ago.

"For us, obviously, we lost a little bit of time at the beginning," he said. "This was more or less expected because, as I said, it was a brand new chassis, brand new car. Everything fit in the last week. We expect to run slowly, step by step, short runs at the beginning. It's what we did.

"If we could probably have (run) the (install) laps at midday, maybe you discover these issues, then you have hours to work on the car, be ready for the afternoon. The weather delays everything. You do the lap at 5:30 p.m. and there is no room to get back on track on time."

Andretti Autosport's Conor Daly was the only one to complete the veteran refresher. Alonso needs to turn 10 more laps at 215-plus mph, three-time Indy 500 winner Helio Castroneves three laps at 215-plus, JR Hildebrand two laps and Oriol Servia eight laps. All four will be permitted to do so on the opening day of Indy 500 practice on Tuesday, May 14.

Rain interrupted the open test just 11 minutes into the day. Following a four-hour delay, veterans received about 95 minutes of track time until a light rain returned. Following an hour delay, the rookies and veteran refresher drivers had about 90 minutes until the moisture made an appearance once more and ended the day about 7:30 p.m. ET.

The IMS focus shifts now to action on the 2.439-mile, 14-turn road course for the INDYCAR Grand Prix. Practice and qualifying take place Friday, May 10. The sixth annual race airs live at 3 p.m. ET Saturday, May 11 on NBC and the Advance Auto Parts INDYCAR Radio Network.

The 103rd Indianapolis 500 takes place Sunday, May 26 and airs live at 11 a.m. ET on NBC and the Advance Auto Parts INDYCAR Radio Network.