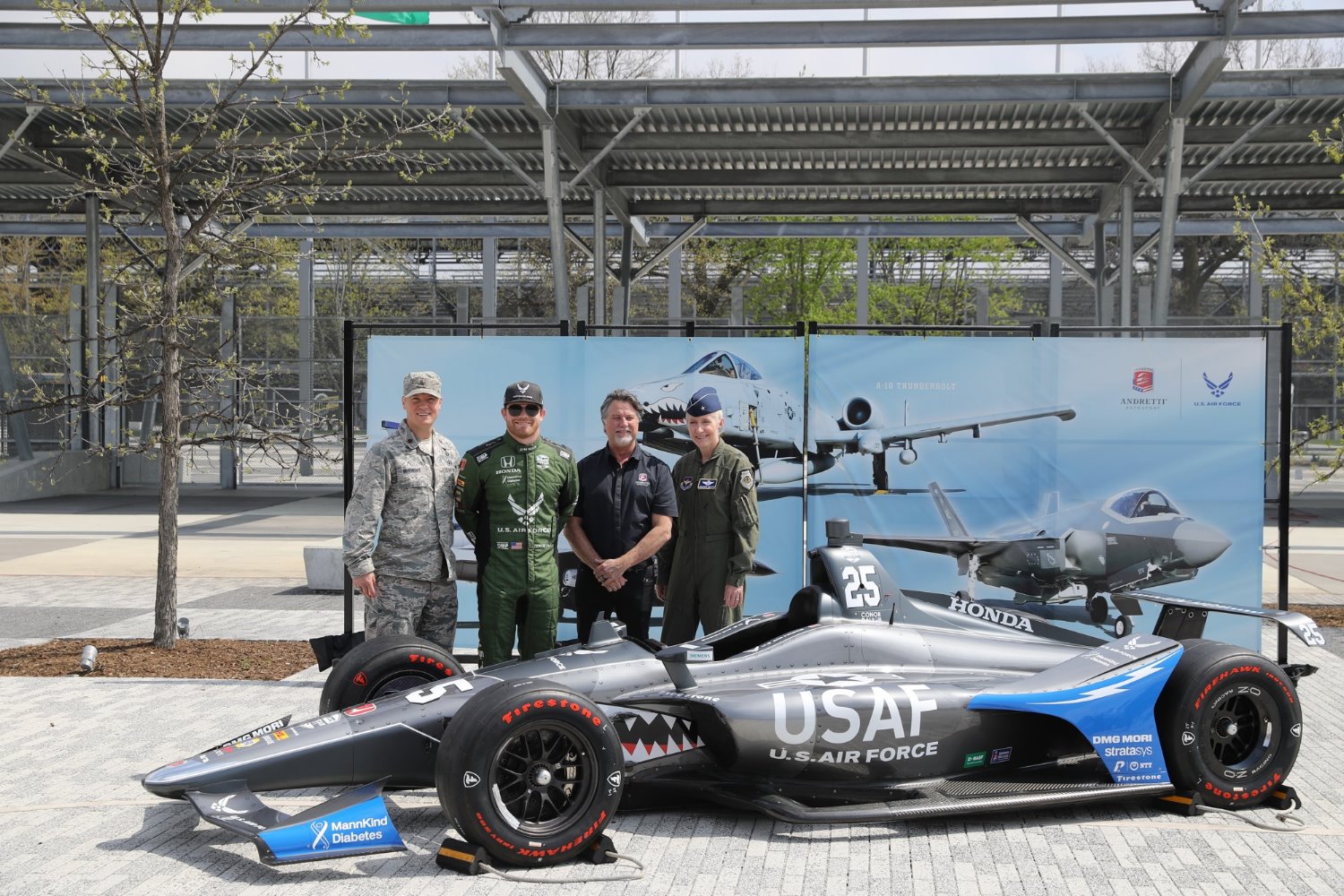 “We’ve based the Indy 500 livery off of such a recognizable Air Force paint scheme and a tradition that spans 75 years now – stemming from the 75th anniversary of World War II and honoring our heritage," said Major Ross McKnight, Chief, Air Force National Events Branch at Air Force Recruiting Service. “It’s meant to be a representation of how we’ve grown from our Air Corp days and WWII and all the way up to now. We’re working to honor and recognize the transition of technology from an American Volunteer Group and the P-40 Warhawk, in transition to the 23rd Fighter Group at Moody Air Force Base with the iconic A-10 and on to our fifth-generation fighters. We think the No. 25 car looks great and is a proper tribute to that history. We are looking forward to Conor getting out on track and officially entering the month of May."

“Last year the fans loved our iconic thunderbird livery and I have a feeling they will appreciate this one just as much, if not more," said Daly. “The aggressive look we’ve got going this year is fantastic. Paying tribute to the history of the fighter jet is an incredible honor and I can’t wait to finally get behind the wheel."

Indianapolis Motor Speedway will open Wednesday for the NTT IndyCar Series Oval Open Test — the first opportunity for teams to take to the 2.5-mile oval — with live stream via IndyCar.com. Live TV broadcast of the 103rd Indianapolis 500 is set for 11 a.m. ET on NBC with radio coverage provided by SiriusXM (Sirius 214, XM 209 and on the SiriusXM app).