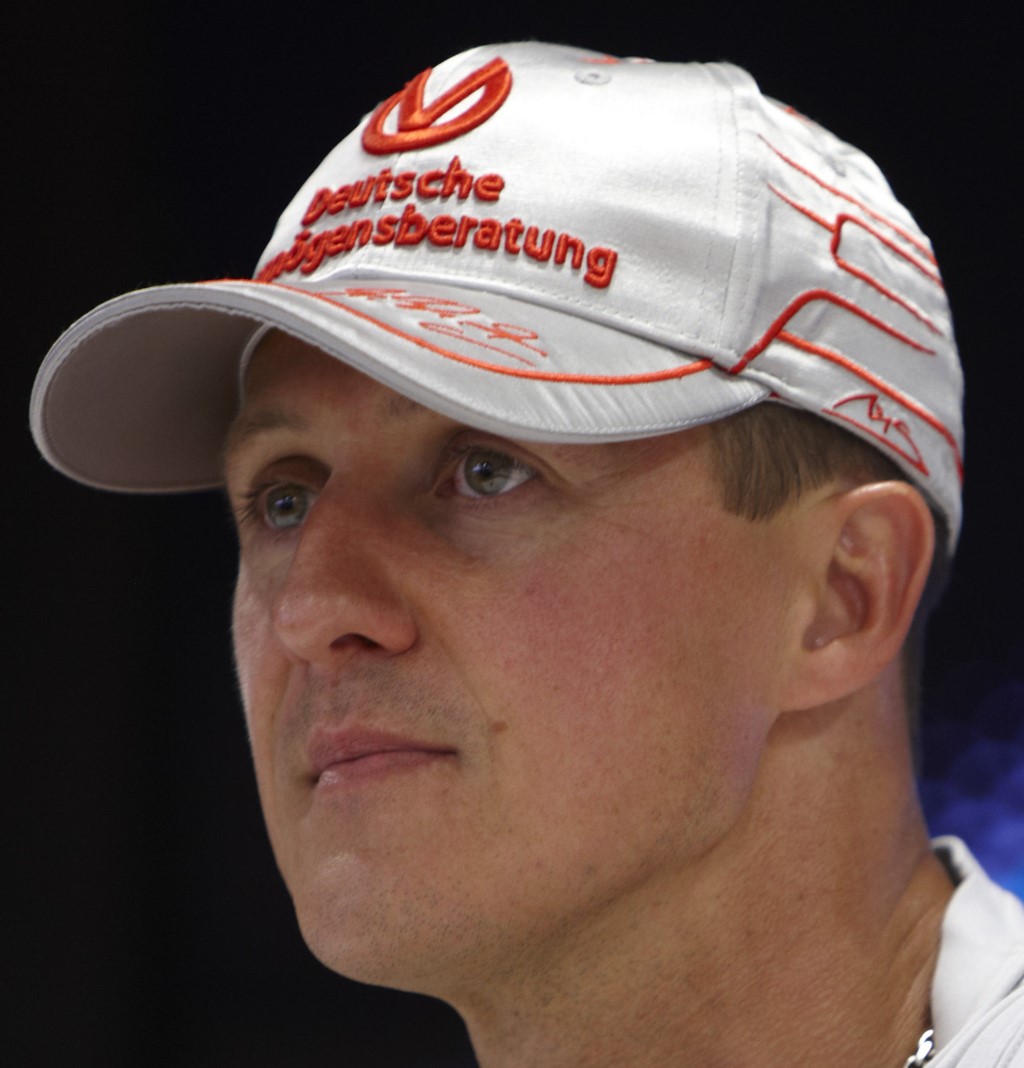 UPDATE #2 If the rumor below can be believed, when the Mercedes board meets this week they will vote not to retain Michael Schumacher as an F1 driver. If true, this rumor becomes 'false'….so stay tuned.

08/30/12 (GMM) Team boss Ross Brawn on Thursday would not be drawn on speculation Michael Schumacher and Mercedes have now agreed to stay together at least another year.

German commentator Christian Danner, a former grand prix driver, earlier brought the seven time world champion's uncertain future back to the headlines when he revealed he thinks Schumacher, 43, has decided to stay in F1 in 2013.

"I ask for your understanding that we are not going to constantly give statements about our decision-making process," team principal Brawn told DPA news agency.

"As soon as a decision is made, we will inform you about it," he added.

08/30/12 (GMM) Christian Danner, a former grand prix driver and now German television pundit, is sure Michael Schumacher will still be on the grid in 2013.

Seven time champion Schumacher, now 43, signed a three-year contract when he agreed to return to formula one in 2010 with Mercedes.

The two sides are yet to agree an extension for 2013 and beyond.

But Norbert Haug, Mercedes' motor racing vice-president, ramped up speculation recently when he responded to a question about a new deal for Schumacher: "I doubt there will be an announcement at Spa."

Rumors indicate the great German could ink a new two-year contract, which would mean he is still pushing for championships at the age of 45.

Asked about the age factor, Schumacher told DPA news agency this week: "Age has nothing to do with it.

"Anyway, at the moment it (the title) is not a topic as – unfortunately – we are no longer fighting for the championship. We'll see what the future brings," he added.

Danner, who contested grands prix in the mid 80s and now travels to the races for German RTL television, said: "I'm quite sure the decision has been taken now."