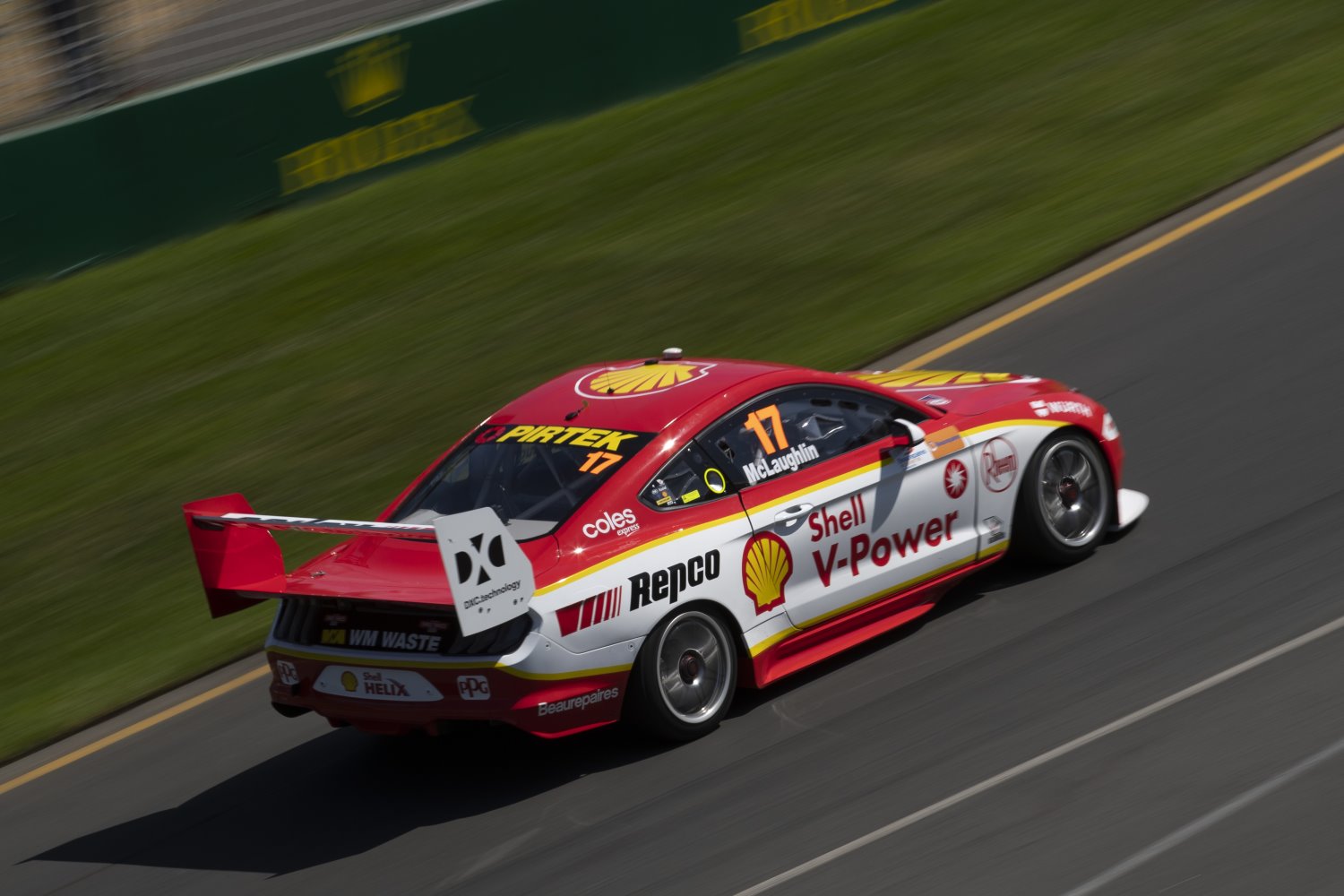 The Ford Performance Mustang Supercar will undergo aerodynamic modifications ahead of Round 5 of the 2019 Virgin Australia Supercars Championship in Perth as requested by the Supercars technical department. The changes are being made by exercising technical parity rules, which require any vehicle new to the series, regardless of legality, be brought back to incumbent vehicles in the interest of competitive racing.

“The Mustang is an advanced, state-of-the-art Supercar, designed and built within the rules of the series. We are disappointed that we have had to make changes to the cars, however we respect the Supercars technical department and will comply," said Mark Rushbrook, Global Director of Motorsport, Ford Performance.

“We will make these changes ahead of the next round so we can quickly understand the affect they’ll have on Mustang to give us the best chance of maintaining our pace," said Rushbrook. “Mustang is run by some of the best teams in the series and that’s not technical parity, it is the sporting performance of the teams that race the car."

“Our car was signed off and homologated by Supercars ahead of the 2019 season, however whilst we understand these changes are in the interest of the sport, we expect to run the rest of the season on track unchanged from this specification."

DJR Team Penske, as the Ford homologation team, Triple Eight Race Engineering and Kelly Racing, each representing the category’s three competing makes of vehicle, signed off on the Mustang for 2019 competition following the conclusion of extensive testing and review at VCAT 9.

The 2019 season has seen multiple changes including the introduction of Mustang, a new control transaxle and the banning of twin springs. These sorts of changes have played a major role in how all teams have faced the new challenges heading into the season. Centre of gravity adjustments made to ZB and Mustang early on saw 28kg of lead redistributed to the roof of Mustang, which further affected the setup which the teams had to adapt to on the run.

“This is a world class car developed by Ford, Ford Performance, DJR Team Penske and Tickford," said Mark Rushbrook. “We are incredibly proud of it and we stand by the state-of-the-art package we introduced into the series. Ford Performance exists to win races and championships and we are here to do just that. From here on we will do our talking on the racetrack."

04/23/19 The Supercars Technical Department has analyzed and evaluated information gathered from the opening four rounds of the Championship in monitoring and maintaining technical parity.

Based on the Racing Entitlements Contract (REC) and rule A1.4 of the Supercars Operations Manual, the Ford Mustang will be altered prior to the next event in Perth.

The modifications to be made are the reduction in the dimensions of the end plate, lowering the height of the rear wing gurney flap and a reduction in length of the front undertray extension.

The modifications will be made to all Ford Mustang Supercars prior to the upcoming event in Perth next week.

“The Supercars Technical department has worked through the data available and requested these changes from homologating team DJR Team Penske and Ford Performance in a transparent manner.

“The Mustang is a world class race car and we respect the work that has gone in to developing the package. Despite passing VCAT any incoming car needs to meet the incumbents.

“DJRTP and Ford Performance understand that technical parity underpins the success of the sport and accept the changes."

“This is a world class car developed by Ford, Ford Performance, DJR Team Penske and Tickford.

“We are incredibly proud of it and we stand by the state-of-the-art package we introduced into the series. Ford Performance exists to win races and Championships and we are here to do just that.

“From here on we will do our talking on the racetrack."

04/20/19 Teams are waiting on Supercars to reveal its findings regarding its ongoing investigation into aero parity.

The series has been embroiled in a parity debate following the successful debut of the new-for-2019 Ford Mustang, built within the rules, which has won nine of the 10 races to date.

Claims from rival teams that the Mustang has an advantage has seen Supercars carry out a center of gravity test, which has resulted in CoG changes, and now an investigation into a perceived aero edge over the Holden and Nissan models.

The debate has arrived despite Supercars signing off on the Mustang’s aero package during homologation aero testing last year.

Supercars along with external partners D2H Engineering in the US are now analyzing data gathered since the start of the season including information from last weekend’s visit to the aero dependent Phillip Island circuit.

The results, understood to be crucial in determining if changes are required to aero packages, are not expected until later this month.

Teams are now awaiting the results of the investigation, which Speedcafe.com understands could result in changes to the Mustang’s aero that may be carried out before next month’s Pirtek Perth SuperNight (May 2-4).

Supercars boss Sean Seamer told Speedcafe.com in Tasmania that if changes were required to be made to the cars the series would aim to conduct these in a cost effective manner.

“I think the premises of maintaining technical parity, is to try to keep costs down for as many people as possible. Not costs up," Seamer told Speedcafe.com.

While the parity debate has frustrated Ford teams Shell V-Power Racing and Tickford, given that the Mustang’s aero package was approved by Supercars last year, the blue oval supports the category’s view for technical parity.

“Ford and Ford Performance supports technical parity in Supercars, and has been in constant dialog and worked closely with the series from the very beginning of our involvement," read statement from Ford Australia to Speedcafe.com.

“We support a competitive world class series, which is why we’re proud to be part of it.

“Ford Performance’s constant dialog with Supercars and support of the series and the teams means that we will have a presence at this season’s events.

“We saw Mark Rushbrook and Sriram Pakkam at Adelaide, alongside Kay Hart and the Ford team, and the team will get to as many races as practicality possible, given that Supercars is one of several global programs."

Factory Holden team owner Roland Dane says the onus is now on Supercars to ensure there is parity across the homologated models.

“They’re (Supercars) the ones who know the facts, they’ve got to do as they see fit," Dane told Speedcafe.com.

“They’ve got an obligation to ensure parity wherever they can, technical parity in the category, and I think they’re working pretty hard to try and ensure that.

“Well, there’s a gap (between the Ford and other cars). (It’s) up to Supercars to do something about it, we’ll wait and see." Speedcafe.com