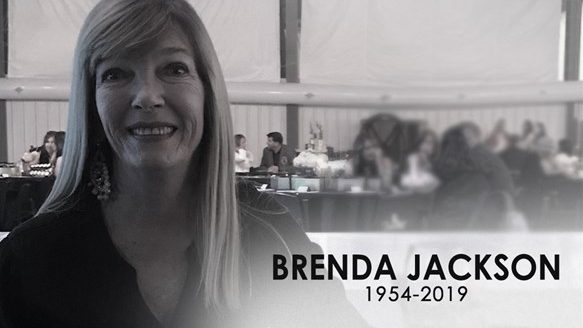 Jackson was one of two daughters and four children to NASCAR fabricator Robert Gee, a Virginia native who built winning cars for racers, including Earnhardt.

After her separation from Earnhardt, the children stayed with her as Earnhardt tried to establish his racing career. After a fire claimed their home, Jackson moved back to Virginia while the children went to live with Earnhardt.

She remarried in 1985 to William M. Jackson Jr., a firefighter in Norfolk, Virginia. When he retired they moved back to North Carolina with step-daughter Meredith. Jackson joined JR Motorsports as an accounting specialist in 2004 and remained there through 2019.

Memorial contributions may be sent to Piedmont Animal Rescue or Hospice and Palliative Care of Iredell.