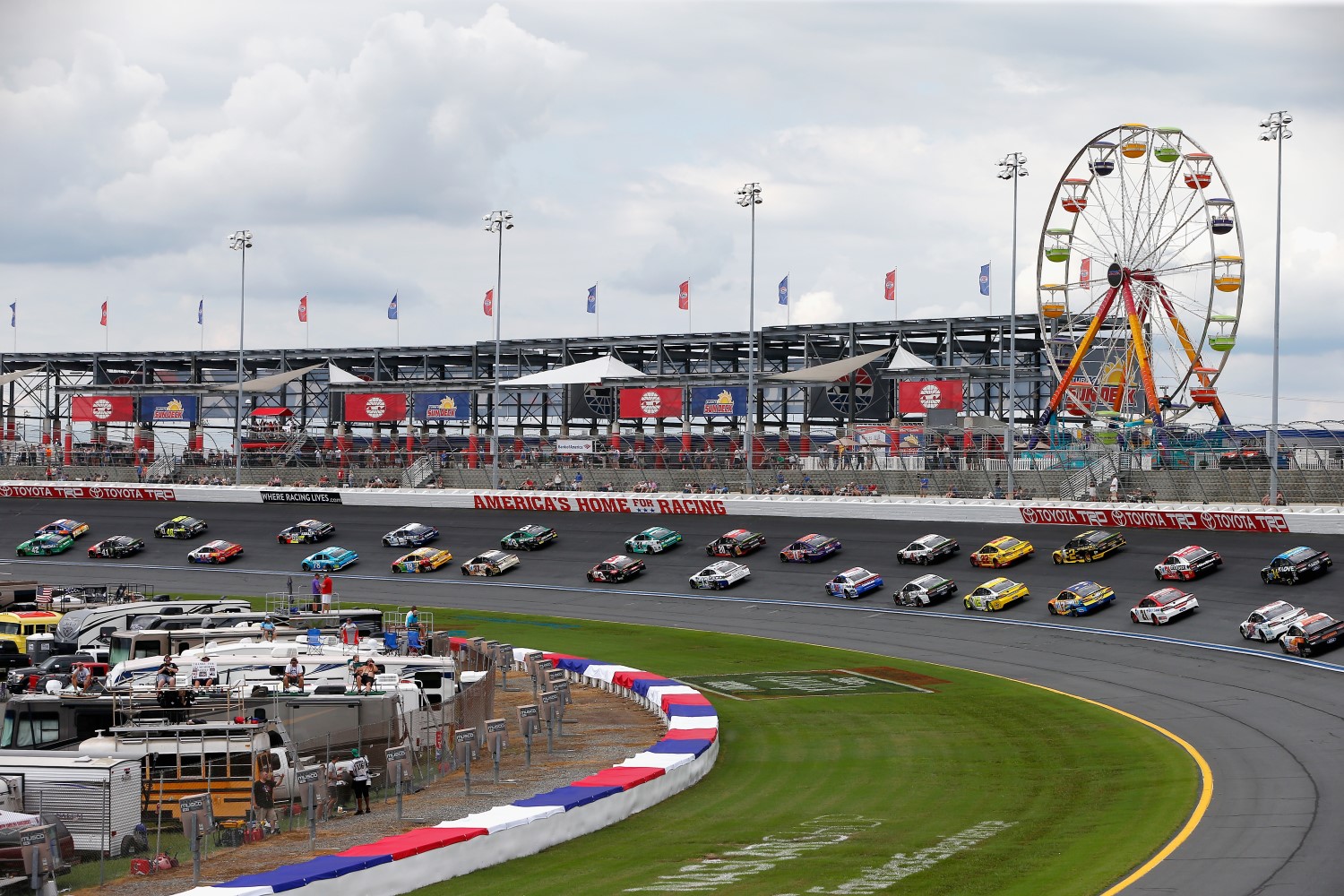 NASCAR is offering a potential look into the future with the technical specifications for the May 18 Monster Energy NASCAR All-Star Race (8 p.m. ET on FS1, MRN, SiriusXM NASCAR Radio), announced jointly by the sanctioning body and Charlotte Motor Speedway on Wednesday.

The cars will feature two new technical elements that the sanctioning body may incorporate into the series’ Generation-7 stock car that is slated to debut in 2021. The event also will be five laps longer than the previous year’s running, increasing from 80 to 85 total laps split among four stages.

The first new technical component is a single-piece carbon fiber splitter/pan that is expected to offer dramatic improvements in ride-height sensitivity for competitors. The splitter also should provide a more stable aero platform and create a more consistent performance in traffic.

“Throughout its history, the Monster Energy NASCAR All-Star Race has provided a platform to try new and innovative ideas, some of which we have incorporated on a full-time basis," said Steve O’Donnell, NASCAR executive vice president and chief racing development officer. “Last year’s all-star rules package resulted in one of the most exciting all-star races in history. With a similar package, and added elements that we could see in the next generation race car, we expect another must-watch event."

“This will be the 35th running of the Monster Energy NASCAR All-Star Race, and while it’s known for memorable moments, this race has established a place in history for testing what’s best for the future," added Marcus Smith, president and CEO of Speedway Motorsports Inc. “This is the proving ground. Fans can always look back and see that night racing, stage racing and double-file restarts started in the All-Star Race. Last year’s rules package produced the most three- and four-wide racing I’ve ever seen at Charlotte. This year may provide a peek into the crystal ball for the Gen 7 car, so once again, fans can expect the unexpected."

The race will again have four stages, with a five lap increase in the final stage compared to last year’s race. The stages will last 30 laps, 20 laps, 20 laps and 15 laps.

Both green flag and yellow flag laps will count in Stages 1-3, with only green flag laps counting in the final stage.

NASCAR Overtime rules will be in effect for Stages 1-3.

In the final stage, if the race is restarted with two or less laps remaining, there will be unlimited attempts at a green-white-checkered finish under green flag conditions.

For the 2019 edition, the race cars will feature two keys technical elements that NASCAR may incorporate into the Gen-7 car, which is slated to debut in 2021.

The first is a single-piece carbon fiber splitter/pan that should offer dramatic improvements in ride height sensitivity for the drivers. This technical component will provide a more stable aero platform and create more consistent performance in traffic.

Also, the car will be configured with a radiator duct which exits through the hood as opposed to the current design which exits into the engine compartment. This feature will create improved aerodynamic parity and, at the same time, reduce engine temperatures.

Those who have not already earned a spot via the above criteria can still lock in by winning a stage in the Monster Energy Open or by winning the Fan Vote.

Polls for the fan vote will open on April 17, on NASCAR.com.