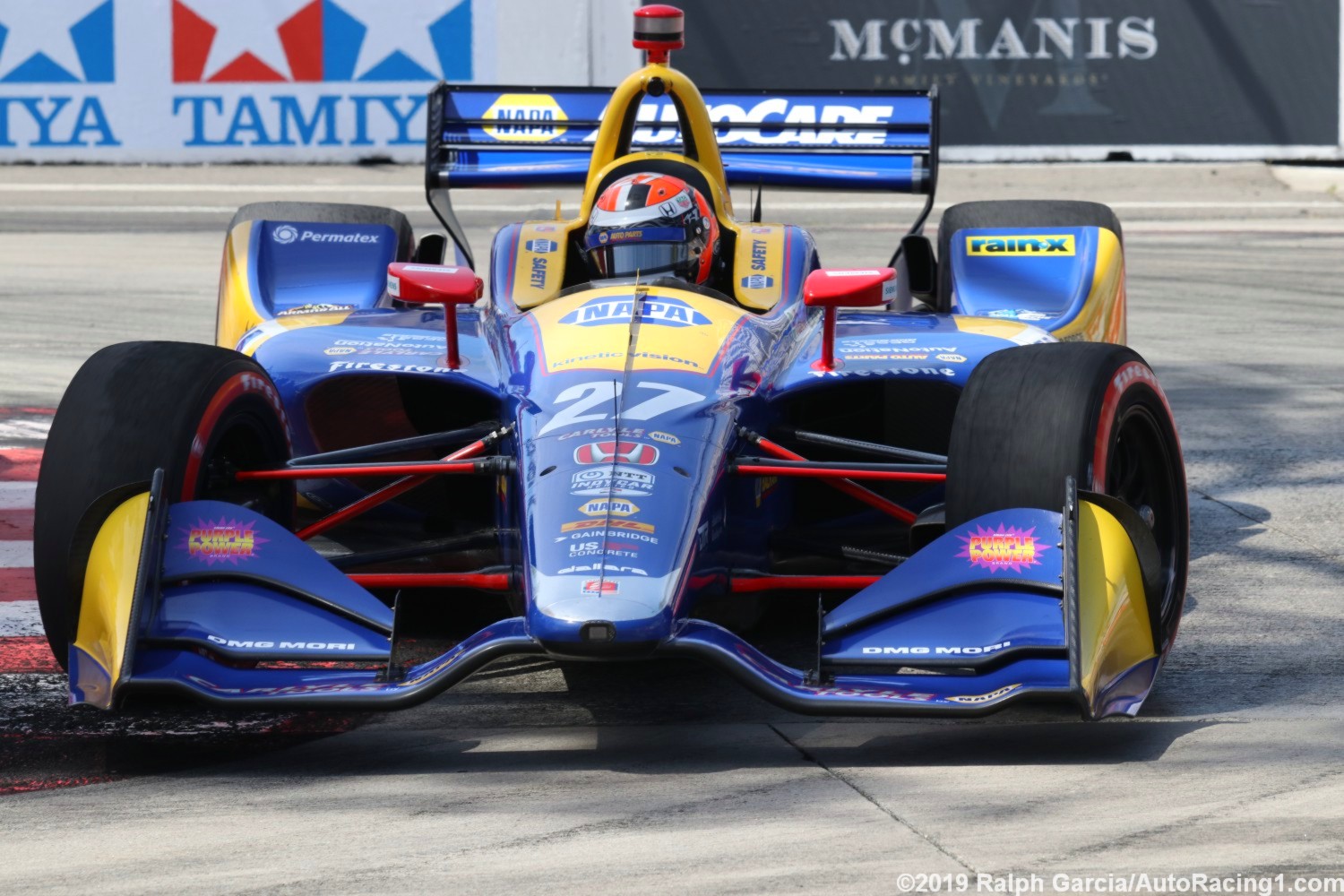 Alexander Rossi won the Acura Grand Prix of Long Beach from the pole position for the second consecutive year, dominating Sunday’s race from start to finish.

The Andretti Autosport driver scored his first victory of the 2019 season and sixth of his NTT IndyCar Series career in becoming the first back-to-back winner in Long Beach since Sebastien Bourdais won three straight from 2005-07 on the 1.968-mile, 11-turn circuit.