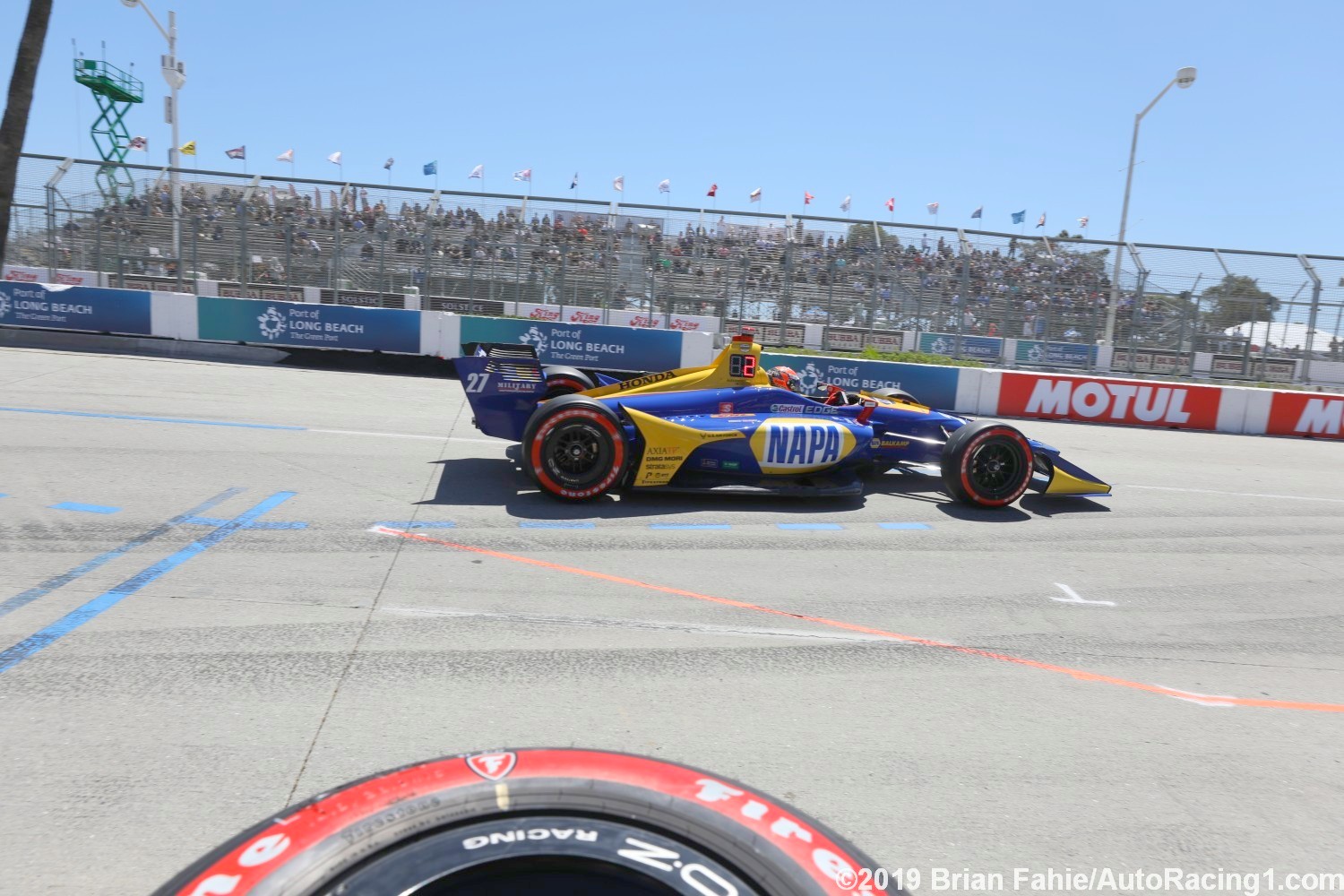 Alexander Rossi repeated Saturday as the NTT P1 Award winner for the Acura Grand Prix of Long Beach. Now he’ll look to turn it into a second straight win. The Andretti Autosport driver turned in the best lap in the last of three rounds of knockout qualifying, the Firestone Fast Six. He navigated the tight 11-turn, 1.968-mile temporary street circuit in 1 minute, 6.4811 seconds (106.569 mph) in the No. 27 NAPA AUTO PARTS Honda – the fastest lap of the race weekend this far and within less than three-tenths of a second of the track record.