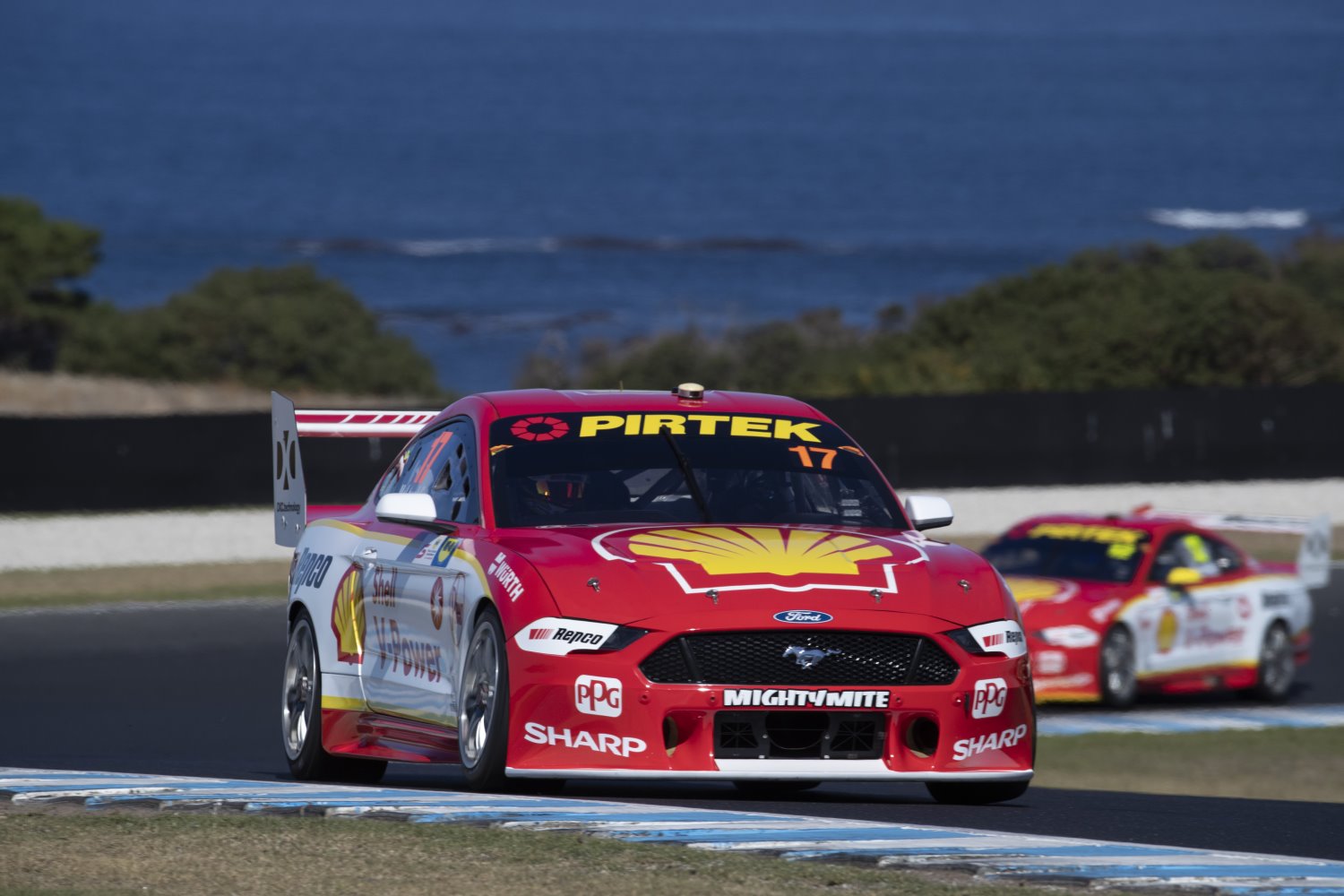 Unstoppable. Scott McLaughlin did a ‘Winx’ at the WD-40 Phillip Island SuperSprint with one of the most convincing victories of recent times at the Victorian circuit.

The young Kiwi landed a seventh straight ARMOR ALL Pole Position, more consecutive poles than any driver in history at the circuit, then converted it to his third straight victory at Phillip Island.

He and Shell V-Power Racing team-mate Fabian Coulthard smoked the field, as many thought they would, despite a mid-race safety car, with a comprehensive double.

A third Kiwi, young Andre Heimgartner, delivered Kelly Racing and Nissan best result of the year with his second career podium at the venue his boss and team-mate Rick Kelly did the same last year.

Kelly was equally impressive in his Castrol backed Nissan with seventh, behind David Reynolds in the Penrite Racing Holden, Chaz Mostert in the Supercheap Auto Mustang and Shane van Gisbergen in the Red Bull Holden Racing Team Commodore.

McLaughlin also moved into third on the all-time winners list at the track, equal with Glenn Seton and only behind Mark Skaife and Craig Lowndes. His seven race wins also came in three different models – a Volvo S60, Ford Falcon and a Ford Mustang.

It was his seventh win of the season which now means he leads the Championship by 136 points.

“Unreal, it’s great for the team," McLaughlin said. “We controlled the race from the start, it’s awesome to win again, I love this place. We are having a really strong season, (but) we have to stay focused."

Coulthard is now also second in the Championship having taken over from Jamie Whincup who had his second straight shocker after last week in Tasmania.

The battle for third was a good one between the Altimas of Kelly and Heimgartner pitted against Mostert and Reynolds.

Kelly got a cracking start to assume third initially before Plus Fitness Racing’s Heimgartner undercut him in the pit lane, where he was also grabbed by Reynolds and Mostert having had to add fuel at his stop.

“I am unbelievably happy for the Kelly crew, we have had a tough start to the year," said Heimgartner. “To consolidate and have the speed as well as a podium is a big tick off my list."

Whincup’s nightmare in Tasmania got even worse at Phillip Island a week later with a poor qualifying then a lost wheel after his team made an error in pit lane.

The seven-time Champion went into the Tasmanian event in second place in the Championship and just 31 points behind McLaughlin, now he is seventh and 310 points back. Reynolds move into third on the Championship ladder.

Cam Waters and Mark Winterbottom suffered similar fates with wheel incidents while James Courtney limped home to 22nd after blowing a tire early in the race.

The biggest mover from the back of the pack today was Boost Mobile Commodore's James Golding who climbed 11 positions from his starting spot to finish in thirteenth.

There will be a final practice tomorrow morning, followed by ARMOR ALL Qualifying for Race 10 which will begin at 2:15pm.