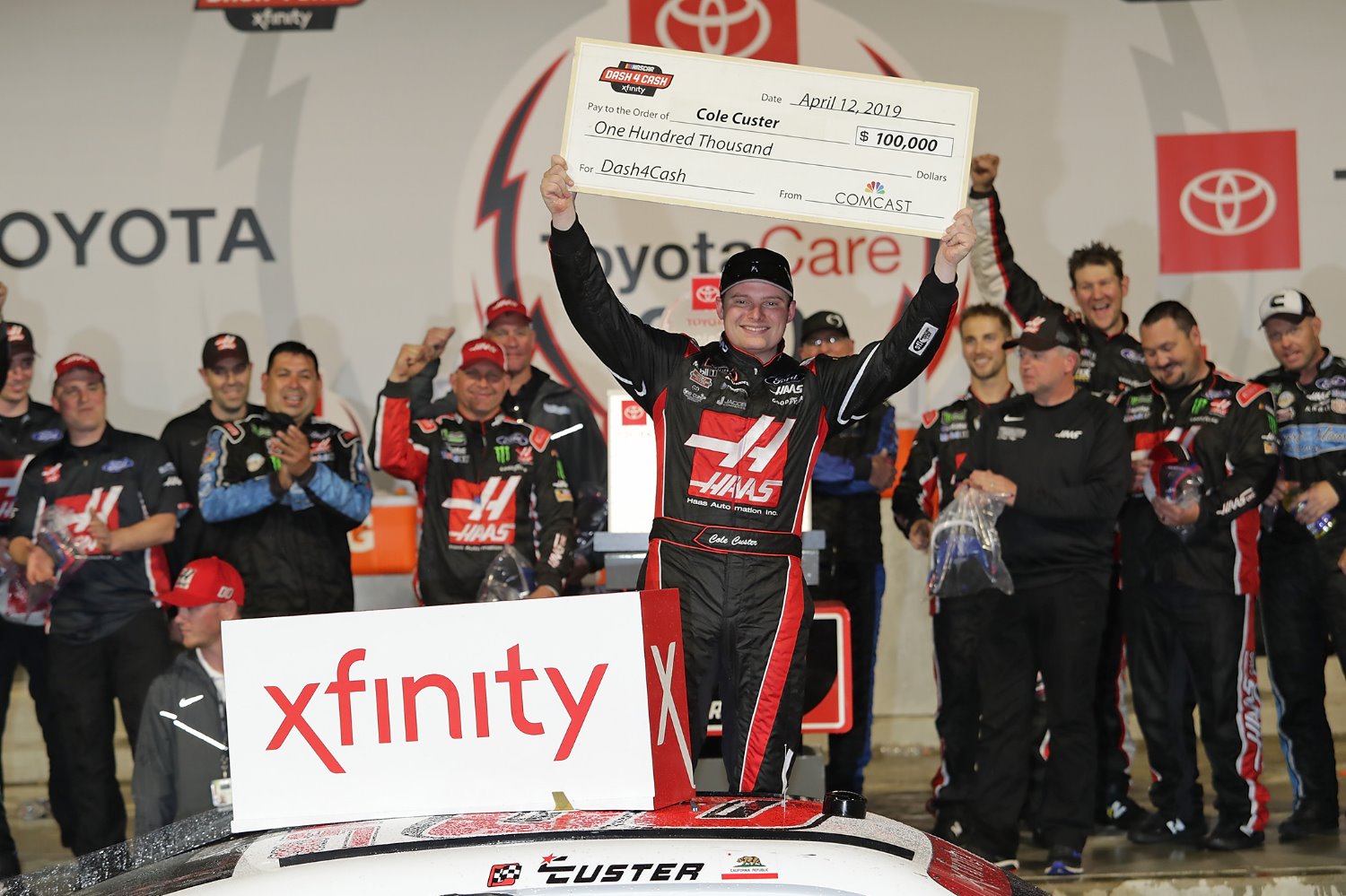 Cole Custer said on Friday afternoon that his No. 00 Stewart-Haas Racing NASCAR Xfinity Series team might be ready to peak in time for the Playoffs.

Clearly, Custer is ahead of schedule, after a convincing victory in Friday night’s ToyotaCare 250 at Richmond Raceway.

After losing the lead to Austin Cindric on a restart with 26 laps left, Custer regained the top spot on Lap 231 of 250 and pulled away for his second victory of the season. In a race that dodged a persistent threat of rain, Custer crossed the finish line 2.639 seconds ahead of Cindric.

Not only did Custer win for the fourth time in his career–and for the first time on a short track–but he also claimed the $100,000 Xfinity Dash 4 Cash bonus that goes to the highest finisher of four eligible contenders.

“We had a great car," Custer said. “(Crew chief Mike Shiplett) made great adjustments as it went… This one means a lot. We hadn’t had a short-track win yet. We’ve struggled a lot at short tracks, but this helps

“A lot of my friends give me crap for being bad at this place, but I finally won, so I’ve got a little bit of bragging rights there, so that’s night. I’m just so happy. Two wins–that’s pretty awesome."

Custer also served notice that he expects the team to get even better as the season progresses.

“I think we’re in a great place," Custer said. “We’re going to get better and better. I think we’ve started to figure out our cars later in the race, and I think the second time we go back (to the same tracks), we’re going to be even better–just me and Mike working together at these tracks for the first time.