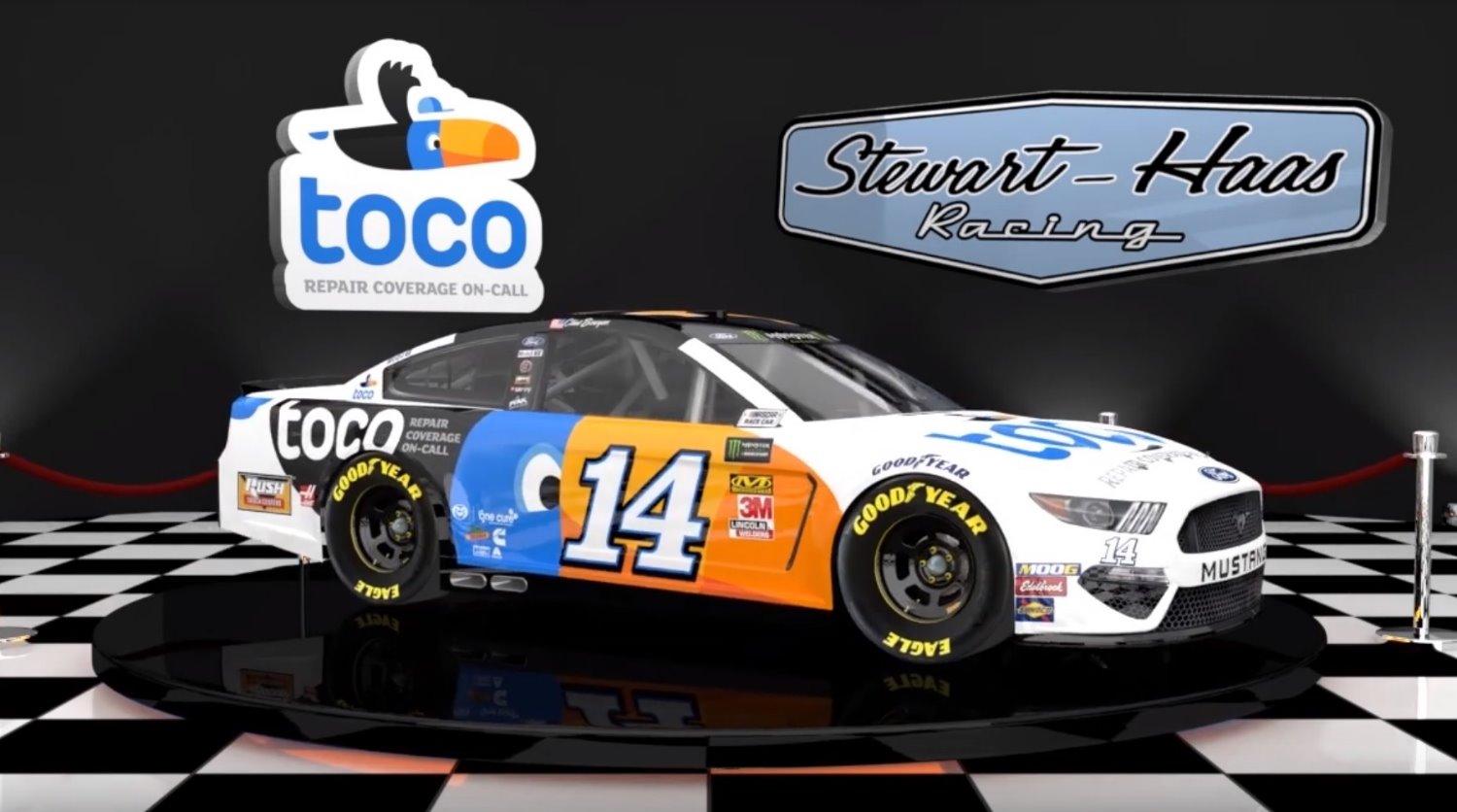 Stewart-Haas Racing has signed a new sponsorship deal with vehicle repair coverage provider Toco Warranty, which sees motorsports fans as the sort of clientele it wants to reach. Toco will have four primary sponsorships on SHR’s No. 14 Ford driven by Clint Bowyer, as well as several primary and associate positions with Tony Stewart’s sprint car team.

In order to give sponsors different platforms, SHR leverages its sister teams in Tony Stewart Racing and Haas F1 Team. SHR also is giving Toco space at Stewart’s Eldora Speedway to activate, and the company will hold online sweepstakes as part of its promotional efforts. SHR VP/Sales & Marketing Mike Verlander said the team initially reached out to Toco in ’17.

He noted that sprint car fans and NASCAR fans over-index in having cars that are five years old or older and potentially in need of insurance to cover possible breakdowns. Rbb Communications is Toco’s agency of record. While many NASCAR sponsorships have B-to-B elements, this deal is largely centered around B-to-C marketing.

Toco COO Brad Basmajian: “Millions of NASCAR fans are hardworking car owners who are relying on vehicles to get them from Point A to Point B, so for us to be able to speak to them, tell them about Toco and how there is an actually straightforward way to keep their car or truck protected is an important message for us." Adam Stern/SBD