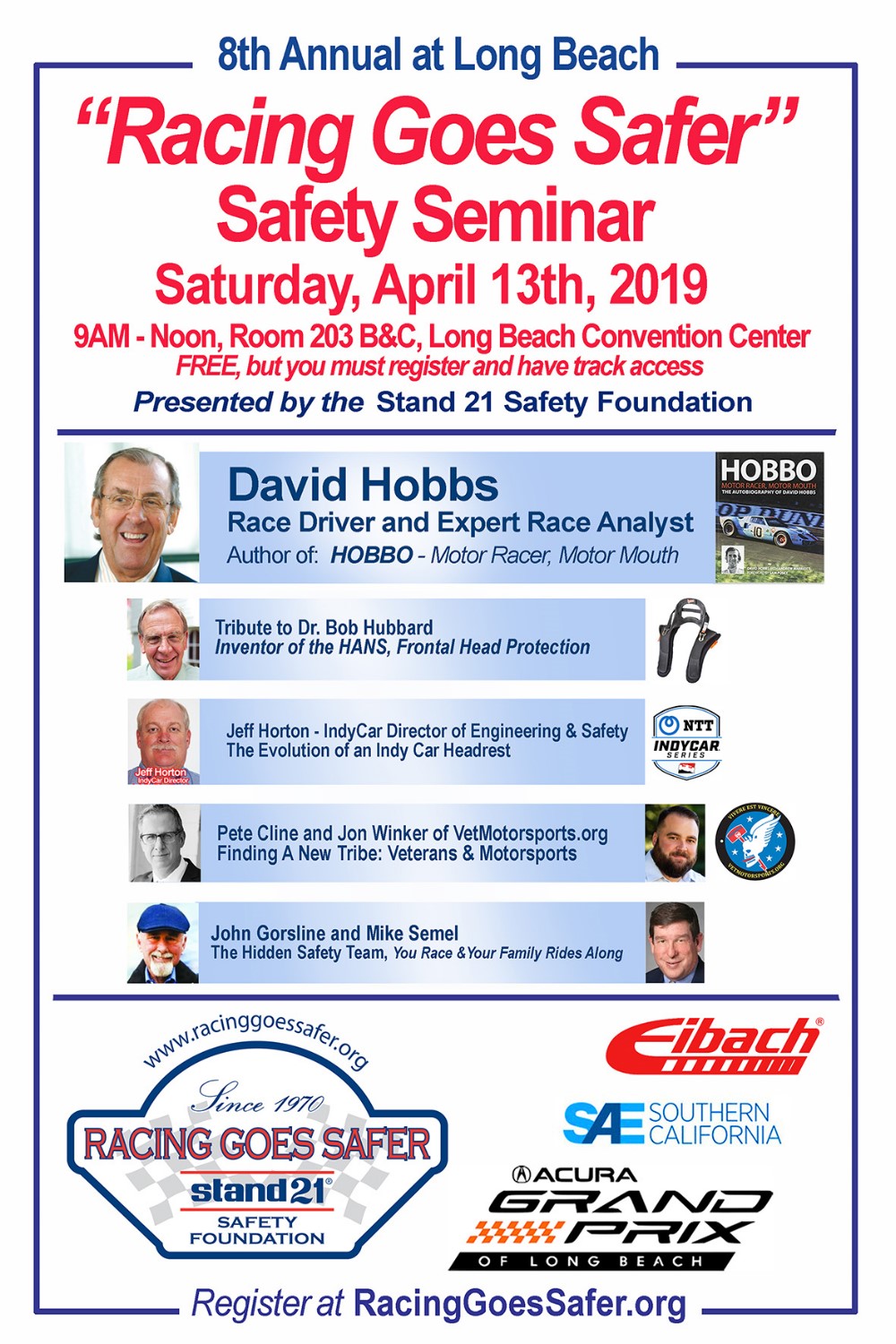 AutoRacing1.com will be live all weekend here in Long Beach for the Acura GP of Long Beach where the two featured events are the IMSA Weathertech Series 100-minute sprint race on Saturday and the NTT Data IndyCar race on Sunday.

The weather forecast is for perfect weather all weekend, which is very typical here in Southern California as the rainy season runs from around Dec 1st to April 1st. In over 40 years his event has never had rain on Sunday and one year that we can remember rain on a Friday or Saturday morning. With low humidity and temperatures on the low 70s it is a perfect environment for fans, crews and drivers alike.

As for tires this weekend for the IndyCars – Cara Adams, Chief Engineer, Bridgestone Americas Motorsports said, "The Firestone Race Tire Engineering team will bring to Long Beach the same race-proven tire technology that was used earlier this season at the Firestone Grand Prix of St. Petersburg. Given the similarities between the two street courses and their mix of concrete and asphalt surfaces, Firestone Racing is supplying each entry with tires that can deliver a balance of durability, grip, and performance across a wide range of track surfaces and conditions."

Firestone is supplying more than 1,500 race tires for the Acura Grand Prix of Long Beach

There are a few key press conferences today, including Jon Ikeda with Honda/Acura/HPD, Ed Carpenter racing Drivers, Andretti Autosport making the announcement for their 5th driver for the Indy 500 and defending Long Beach GP champion Alexander Rossi. Tomorrow McLaren's Zak Brown will be here to talk to us. Will he have any surprises in store?

On the IMSA side, Jordan Taylor is planning to drive in this weekend despite recently undergoing a medical procedure while on vacation in Hawaii but word is that Kamui Kobayashi is on standby this weekend should Taylor not be able to drive.

Sebastien Bourdais will sub for Joey Hand, who has been ruled out of this weekend’s race due to a “flu-like illness" is resting at his home near Sacramento.

Kyle Kaiser is set for his second start of the year in the No. 50 Juncos Racing Cadillac DPi-V.R, but the Juncos team is not fielding an IndyCar effort here.

While not competing in IMSA this weekend’s DPi/GTLM-only race, the No. 57 Meyer Shank Racing Acura NSX GT3 Evo is on display in the convention center atrium along with several other historical Acura Motorsports machines.