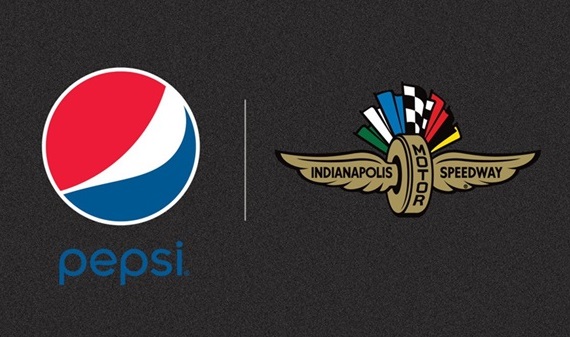 Officials from PepsiCo, Inc. (NASDAQ: PEP) and the Indianapolis Motor Speedway announced a multiyear partnership Thursday, April 11 in which Pepsi and MTN DEW become the Official Soda Beverages of IMS and Aquafina the Official Water of IMS starting with the 2019 season.

PepsiCo products will be served exclusively at concession stands and in suites throughout the historic facility starting with the INDYCAR Grand Prix and 103rd Indianapolis 500 presented by Gainbridge in May.

“PepsiCo products are a perfect complement to events at the Indianapolis Motor Speedway, and Pepsi’s market activation and consumer focus make for an exciting partnership," IMS President J. Douglas Boles said. “The PepsiCo line of beverages are enjoyed worldwide and is an excellent match for the global reach of elite events at IMS. The delicious, refreshing taste of PepsiCo products are an ideal way for fans to quench their thirst at the track."

The agreement with IMS continues PepsiCo’s long involvement with the track and with auto racing, dating back to 1903 when pioneer roadster Barney Oldfield served as a Pepsi spokesperson. PepsiCo previously has held pouring rights at IMS, and Mike Mosley famously qualified the No. 48 Pepsi Challenger on the front row for the 1981 Indianapolis 500.

Terms were not revealed for the new multiyear PepsiCo deal, which will see Pepsi and Mountain Dew become IMS’ official sodas and Aquafina its official water. PepsiCo products will be the exclusive sodas and waters sold in concession stands and provided in suites throughout IMS for all events, including the Indianapolis 500. The move is somewhat of a surprise, as Coke has had a longstanding partnership at IMS, though Pepsi did interrupt that run for a handful of years in ’98 when it became a partner of IMS and the Indy Racing League. Coke eventually took back over the rights.