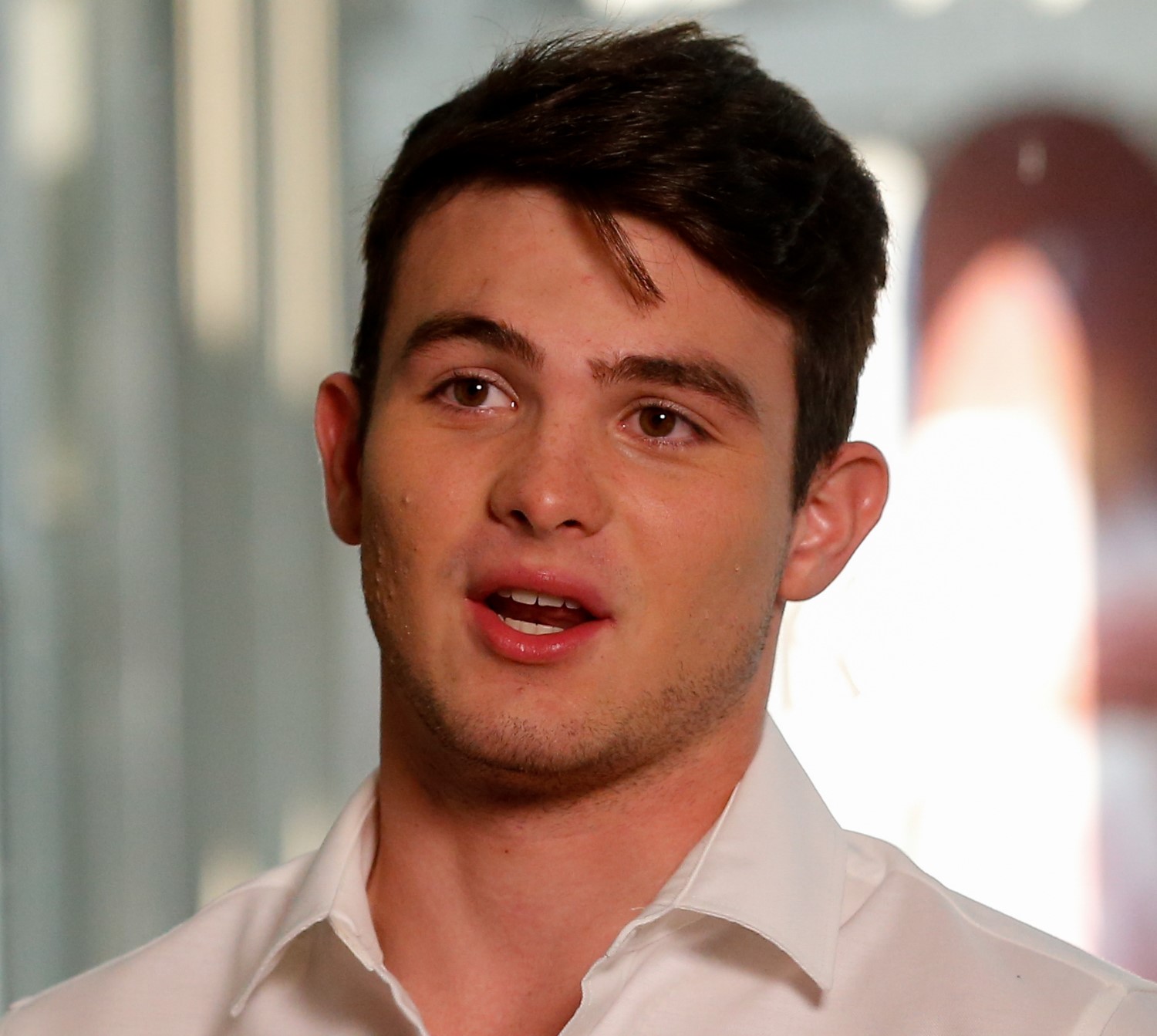 Patricio O’Ward was born in Mexico and lived there until he was 11, so it’s no surprise he is a boxing fan, writes Robert Morales of the Long Beach Press Telegram.

What might be surprising is O’Ward uses boxing workouts to assist him in being all he can be as a race-car driver. Whether jumping rope, doing light bag work or agility training at Black Stallion Boxing Plus in San Antonio, O’Ward is of the mind it can give him the strength and endurance needed to deal with being in a race car at high speeds for two hours.

His early success shows it’s working. In 2018, O’Ward won nine of 17 races in Indy Lights as well as the series title, the result of which was signing with Carlin this season for a near-full ride in NTT Indy Car for 13 of 17 races.

The rookie will compete this week in the main event at the Acura Grand Prix of Long Beach.

The workouts
When O’Ward was asked to name his favorite boxer, he didn’t hesitate.

“I probably go with, obviously, I mean, (Floyd) Mayweather’s insane," he said.

If O’Ward wanted to pattern himself after a boxer, Mayweather’s terrific career had a lot to do with how many hours he spent in the gym keeping ultra-fit.

Mayweather never seemed to get tired. That’s what O’Ward aims for while he’s racing.

“I think more than anything, it’s just the endurance and the conditioning that you need to drive a race car," said O’Ward, just 19. “We don’t have power steering and we hit about – depending on the track – we’ll hit about 5 Gs on the brakes and the steering will get really, really heavy.

“And throughout the race, when it’s hot especially, we’ll lose about eight pounds of just water because of all the heat that’s coming into the tub. We need to be really strong and we need the conditioning."

Abel Sanchez, who trains middleweight boxing great Gennady Golovkin, gets why O’Ward trains like a boxer.

“It takes making sure that your muscles are not fatigued. And I think the more you not only jump rope, but the more you throw combinations – even if they’re not hard – it just gives that endurance to the muscles that you’re going to need for later on in practice or in the race."

Sanchez said boxing and race-car driving are instinct sports, so combining the two provides other benefits.

“If you think about it, it’s too late. Either you crash, or you’re laying on the ground looking up at the lights."

Carlin knew
Team owner Trevor Carlin had an instinct – to sign O’Ward after his stellar season in Indy Lights.

“I think everyone can see that Patricio has the talent needed to be successful in IndyCar, so when he became available for this season, it was really a no-brainer for us to do what we could to partner with him," Carlin said.

“We watched the fantastic battle last year between Colton Herta and Patricio in Indy Lights and it was obvious then how talented he was."

Herta, another hot-shot rookie, finished second to O’Ward for the Indy Lights title in 2018.

It was more than just raw talent that made Carlin court O’Ward.

“Obviously, talent on-track is the main factor when bringing a driver on board, but a driver’s personality and their character is also major factor, especially when it comes to a successful relationship between a driver and a team," Carlin said.

“You can tell that Patricio is extremely focused on his performance and he’s going to do everything he can to bring back some solid results. We’ve already seen at COTA that he can battle up front with everyone."

O’Ward was eighth in the IndyCar Classic at Circuit of the Americas on March 24 in Austin, Texas.

Lots on the line
Even though O’Ward’s career is going well at a young age, he has a burning desire for a full-time ride. He’ll be close this season with 13 races. All 17 would have been better.

He therefore knows every race, every result, can affect him moving forward.

“It’s important, man," O’Ward said. “I guess it’s like a make-or-break season. Someone takes a risk on you, or you’re done. So it’s huge. It’s definitely huge. But I think we’ve been doing a real good job so far."

O’Ward this past Sunday was 16th at the Honda Indy Grand Prix of Alabama.

The two jewels
Even though O’Ward comes off as calm and collected, he gets excited when talking about IndyCar’s two most popular races – the Indianapolis 500 and Long Beach.

He will soon get his first tastes of both as an IndyCar driver – the Indy 500 is May 26.

“Yeah, it’s pretty crazy," O’Ward said of the Indy 500; he raced there last year in Indy Lights. “I got to experience it live last year and I was like, ‘How insane,’ when you see it in person, the amount of just people and the event itself.

It is indeed the crown jewel, but Long Beach brings its own prestige.

“That’s probably the second one I want to win," O’Ward said. “It’s like a Monaco for IndyCar, so it’s really, really cool."

What’s in a name?
Okay, so what about that last name? O’Ward said his great grandfather on his father’s side is Irish. He laughed when asked about it, saying people give him the business about it all the time.

It’s not. But if this Irish-Mexican is successful in IndyCar, it’ll serve him well because Patricio O’Ward [Patrick O'Ward in English] is a pretty cool name for a race-car driver.

For a boxer, too. Robert Morales/Long Beach Press Telegram