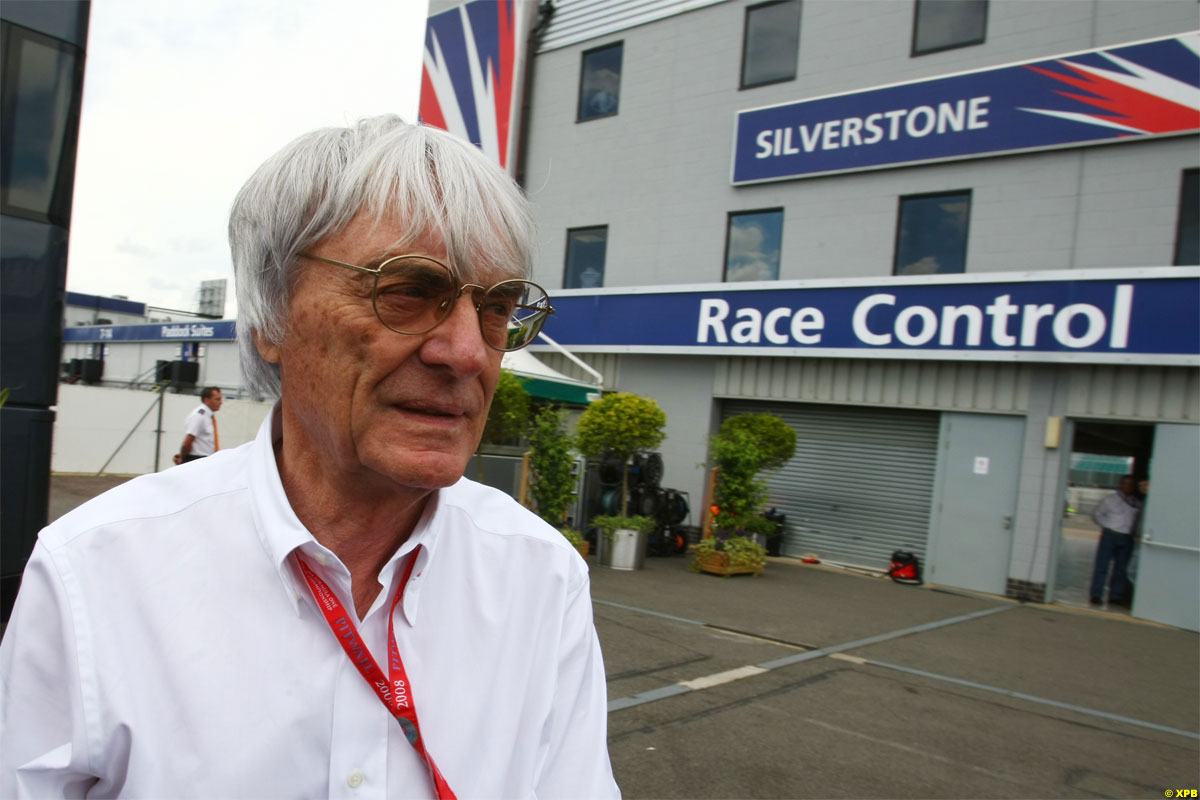 UPDATE #2 This rumor is downgraded to 'false' today. F1 CEO Bernie Ecclestone said that he "wants to help the financially troubled Nurburgring racetrack, but a complete takeover of the German course is out of question," according to the DPA. At Sunday's Hungarian F1 Grand Prix Ecclestone said, "We have to save the German race — so we will try everything we can." Asked about possible reasons for the financial troubles of the racetrack the 81-year-old Brit said, "It is surprising to me that all German racetracks have their financial worries. Germany probably gave all its money to Greece — and that's the cause." Ecclestone wants to save the historical racetrack in Germany's Eifel region, and announced further talks with Nurburgring representatives. He said, "I don't want to lose any of the racetracks." However, if the two parties are unable to come up with a solution, the alternative is to the have the German F1 Grand Prix at the Hockenheimring next year. DPA

Die Rheinpfalz newspaper reported on Thursday that, with the circuit having entered an insolvency process, F1's chief executive was looking into buying the Nurburgring.

"I want to meet the people from the Nurburgring," Ecclestone told Bild newspaper this week. "We want to see if we can help them."

When asked about Ecclestone's reported interest in buying the fabled track, Nurburgring Automotive GmbH chief Lindner said: "I can not judge the economic interests of Bernie Ecclestone.

"But anything is possible," he is quoted by the German news agency SID.

Lindner is also considering heading a management-buyout of the beleaguered circuit, meaning he insists the prospect of a 2013 race at the Nurburgring is "very realistic".

But he said the direction must be clear within the "next four to six weeks".

And "The marketing for 2013 would need to start soon," Lindner also cautioned.

Citing an interview with F1's chief executive, the report said Ecclestone would not talk about the price he is willing to pay for the German grand prix venue, whose future is in the air after entering an insolvency process last week.

Rheinpfalz did however say the 81-year-old is not willing to organize the race at his own expense, nor forego the sanctioning fee for 2013, as was previously reported in the German media.

Earlier on Thursday, it was reported that another option for the Nurburgring is a management buyout, with its current debts far outweighing the value of the famous track.

Nurburgring Automotive GmbH chief Jorg Lindner said: "We have developed a concept for the formula one race at the Nurburgring that does not require a cash grant from the state."