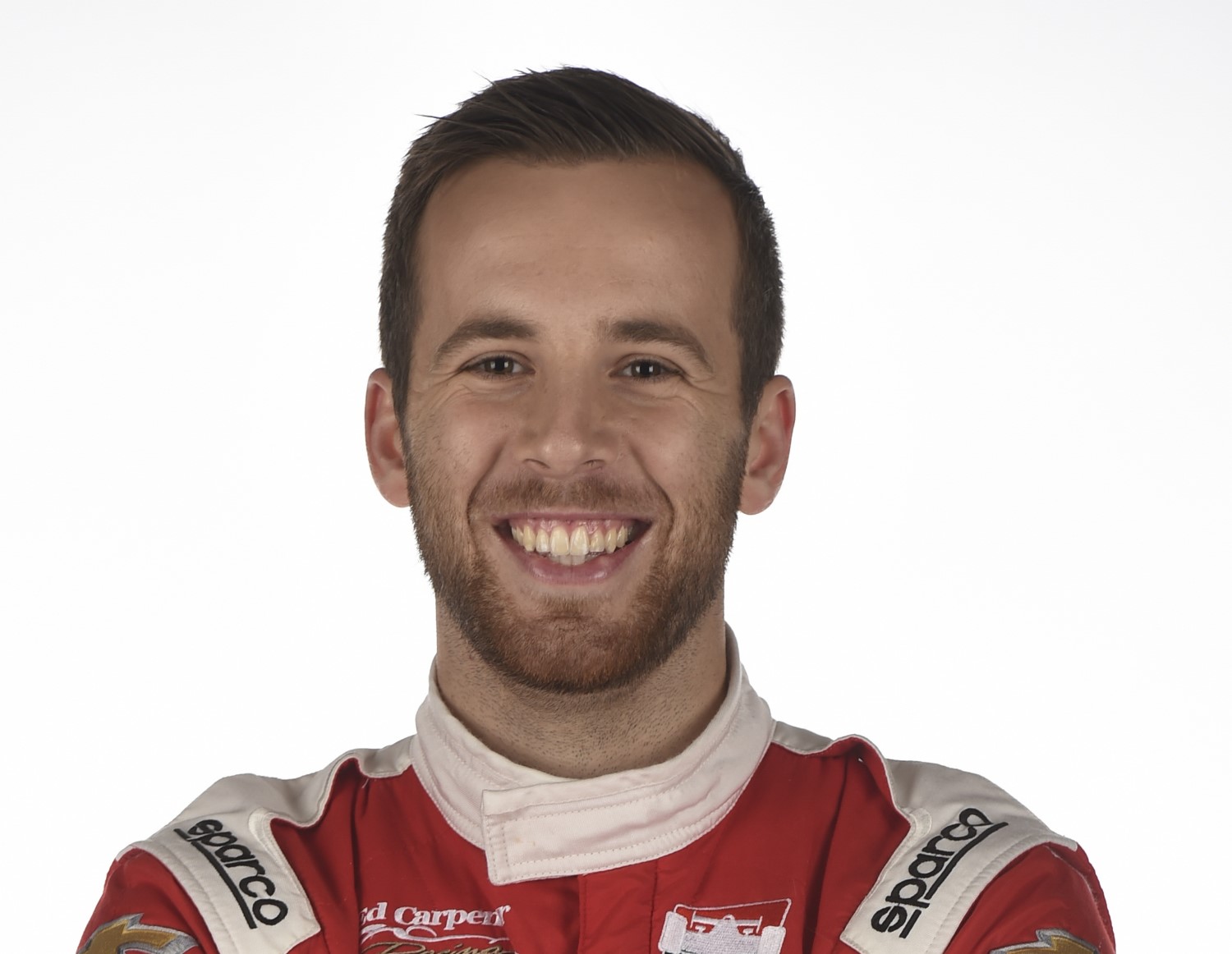 NOTE The transcript and video below is from a media availability with Ed Carpenter Racing drivers Ed Jones and Spencer Pigot at the Honda Indy Grand Prix of Alabama at Barber Motorsports Park.

THE MODERATOR: We are joined now by the two drivers from Ed Carpenter Racing, Ed Jones and Spencer Pigot. Ed, we'll kick it off with you. Obviously here at Barber Motorsports Park this weekend, a very challenging and technical track. How have practices been going so far for you and what are your expectations for qualifying?

ED JONES: Yeah, yesterday was a big struggle for us with the handling of the car, and I think the track has changed quite a bit looking at the feedback from other drivers and what they've been saying. Setups that have worked in the past haven't necessarily worked so far this weekend, and the track has changed quite a lot. I think one reason for that could be the series that we're running with this weekend. I don't think we've ever raced with this combination, and so the different types of tires could be creating a lot of that problem.

But yeah, I'll be interested to see how the track evolves again for the rest of today and tomorrow. I was expecting a bigger change this morning, so maybe there won't be so much, and I just know there's quite a bit chance of rain coming up for maybe before qualifying, which could change things up a bit.

But we had a solid morning today, made big gains from yesterday, and it was just a few tenths here or there and moved right up, in the thick of it.

Q. We were speaking with some of the other drivers yesterday who mentioned that they're paying really close attention to which series are in the session right before the INDYCAR session. How much are you guys paying attention to that, and how does it affect the way that you plan your strategy going into practice sessions?
ED JONES: Yeah, I think that's making quite a bit difference. We saw different tire combinations this weekend. It's not something we're used to. So yeah, it's going to be important for qualifying that you get a good run, and another interesting fact is the issue with the red tires yesterday. I think only one car ran the real reds that we were actually meant to try. It could throw things up a bit in the air for qualifying and make things a bit more exciting, as well, so it'll be interesting to see how much pace you gain out of that, and we won't have much time to react. There will be different strategies of people running double reds in the first session, which then obviously will hinder you for later on but could help you get through. We're evaluating what's the best option to do, and we'll see from there.

THE MODERATOR: Joined by your teammate Spencer Pigot. Spencer, a pair of 11th-place finishes for the first two races of the season. How would you rate the season for you so far, things that you're working on and adjusting to heading into this race?

SPENCER PIGOT: Yeah, I think both races kind of were totally different stories. I know we had the same finish, but St. Pete we had a difficult start and kind of rallied the second half of the race, and in COTA, we just kind of got put behind the 8-ball with the red flags in qualifying that sent us to the back of the grid and then just trying to make that up, and we ended up with an incident in pit lane. A few things, a few races that haven't gone quite as smoothly as we'd hoped.

I think we have the potential to be a lot higher up than 11th, which I think we have showed so far this weekend and hopefully will continue to this afternoon and tomorrow.

THE MODERATOR: I think that for tomorrow's race we feel okay about the weather, but for yesterday and today, we were a little more unsure of whether it was going to rain or be dry. How closely are you guys paying attention to that, and did it affect you at all to think that there was probably going to be rain yesterday and today heading into the weekend and then it actually stayed pretty dry?

SPENCER PIGOT: I think, yeah, it's something we're always looking at throughout the days and the hours leading up to the sessions. When it comes down to it, you just kind of have to look outside and see what it's actually doing because sometimes the radars tell a different story and what we see on our computers. But we just try to prepare for what we think it's going to be and then try to maximize each session. Obviously this afternoon, again, we don't really know what it's going to be like. There's a chance of it being wet, a chance being dry, could be somewhere in between, as well. So we just kind of have to prepare for everything, have a plan for whatever the conditions might be, and see what it actually ends up being like when we get to the sessions.

Q. Assuming it's dry, how big of an advantage is it to be running in the second qualifying session today after being able to watch what everybody does in the first session?
SPENCER PIGOT: Well, I think we're both in group 1. It's always nice, I guess, to be in the second group because the track is usually a little bit better. There's some Firestone rubber down. You can kind of a target lap time that you're aiming for based off the other group. But in group 1 you just kind of go out and drive as fast as you can, and it's a little bit more of an unknown, I guess. But throughout the season probably half the time you're in group 1, half the time you're in group 2. Just the way it is, and yeah, I think that you just have to get a good run on the blacks because you obviously never know what's going to happen. With reds, there were people going off. It seems to be — it's been really tricky for a lot of people, myself included out there, so I think getting a good lap in early may be a good way to go.

Q. Both of you were part of helping develop a new Indy Lights car that first season. How much has that experience carried over to what you have to do in INDYCAR?
ED JONES: Well, I think the car now is a lot closer to what the Indy Lights car is, and I think we've seen that it's been easier for the guys with the transition. It wasn't ideal when we first came in, went straight to the learning how to drive the car with massive downforce, going back to this, so it's been back and forth. No, I think it's good for the development. I think I prefer it with the heavy downforce. It felt more of a supreme car in the sense you had massive grip and it was really challenging to get to the limit. But it's now, of course, as fun for some of the races, but it feels like you're back in a junior series again a little bit. Obviously, it has aspects which are good, but there's some points where you kind of miss the thrill of driving a car with quite a bit more performance.

SPENCER PIGOT: Yeah, I mean, I guess I would say now the experience in Indy Lights is probably a little bit more relevant to the new aero kits. But at the end of the day, it's still a much bigger car. There's still a lot of things to think about, a lot more things on the car that you can do. It is different, but I do think that the way the car moves around a little bit more now and the way that the tires work or maybe a little bit more similar with the reduced downforce, yeah.

Q. Yesterday we got a chance to hear in the afternoon after the second practice from both Hinchcliffe and Colton Herta. Colton was first and said when he put on the red tires, he couldn't really understand, it seemed they were slower than the blacks, and Hinch said he didn't think he got the maximum out of his black tires, and when he put on the red tires he completely lost the balance of the car. Can you talk about what your experience was yesterday between the blacks and the reds?
SPENCER PIGOT: Yeah, I think pretty similar. The reds definitely weren't what we expect. Usually, you put them on and you just feel a lot more grip right away, and the first lap is always faster than the blacks. Yesterday was a little strange. The front tires kind of just didn't seem to really ever gain grip or work very well, so I think that's what was catching a lot of people out and kind of an unexpected loss of front grip. We've had a night to kind of think about it and talk to everyone to see how to try and maximize some of it better. But you know, it's still kind of up in the air, I guess, until we get out there this afternoon.

ED JONES: Yeah, well, I think it was more an indication that we had the wrong compound of tires. Those aren't the red tires that we'll be using today. You know, everyone is expecting them to be the same as they've been the last few years, and that's what was meant to have come. Yesterday was a mistake with the batch of tires that everyone had. So we'll be expecting a very different feeling today.

Q. Ed, any advancement on adding the other ovals this year at all?
ED JONES: I don't know yet. Obviously, there's still a possibility. We'll see what's good, or I feel like we'll see how Indy goes and go from there.