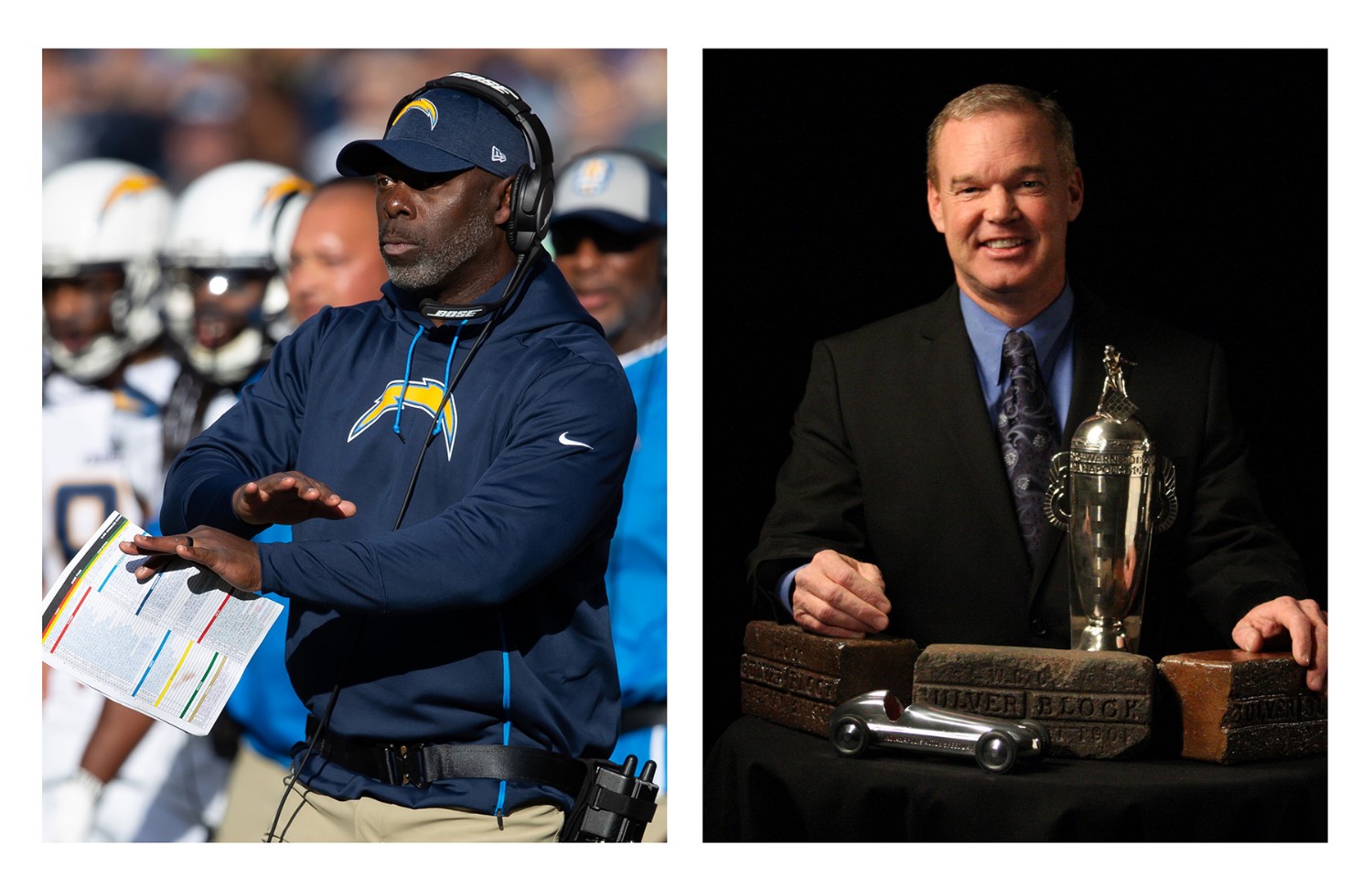 Los Angeles Chargers Head Coach Anthony Lynn will say the most famous words in racing, “Drivers, start your engines!" as Grand Marshal for the 45th Acura Grand Prix of Long Beach, just prior to the NTT IndyCar Series race on Sunday, April 14.

Lynn, a native of Celina, Tex., was an All-Southwest Conference running back as a collegian at Texas Tech, which helped him earn a ticket to the NFL where he signed with the New York Giants as an undrafted free agent in 1992. His pro career also included stops in San Francisco and Denver, where he concluded his career with back-to-back Super Bowl championships (XXXII and XXXIII) in 1998 and 1999.

On Jan. 13, 2017, the Chargers named Lynn the 16th head coach in franchise history, becoming the team’s first African-American head coach. Lynn joined the Chargers after spending the 2015-16 seasons with the Buffalo Bills as the assistant head coach, running backs coach and holding the positions of offensive coordinator and interim head coach. Last year in just his second season, Lynn led the Chargers to their first playoff appearance since 2013 and their best record since 2009 by posting a 12-4 mark. The Chargers also led the NFL with seven Pro Bowl selections and won a remarkable eight straight road games. For his efforts in 2018, Lynn was recognized by the Fritz Pollard Alliance with the Paul “Tank" Younger Award and was later tabbed the Coach of the Year by the Los Angeles Sports Council.

In two seasons with the organization, Lynn has compiled a 21-11 regular season record.

“It’s an honor to be named Grand Marshal of the Acura Grand Prix of Long Beach, a race that’s been an important part of our Southern California community for more than four decades now," said Lynn. “I’ve never had the opportunity to see an IndyCar race in person, and it’s not every day they just shut down the streets in your area to hold one. To be Grand Marshal of America’s #1 street race, meet the drivers, take in the atmosphere and be the person that gets to say ‘Drivers, start your engines!’ – it’s pretty cool."

Alongside Lynn on Sunday afternoon will be “King of the Beach" Al Unser Jr., who will wave the green flag as Honorary Starter for the IndyCar race. Unser, an Albuquerque, N.M.-native ran 15 Indy car races on the streets of Long Beach, winning a record six times, including an unprecedented four straight from 1988-91, and holds the overall record for laps led here, with 545. Unser, a two-time Indianapolis 500 winner (1992, 1994) was CART series champion in 1990 and 1994, and his 34 career Indy car wins places him ninth all-time.

“Last year was very successful for Coach Lynn and the L.A. Chargers and we are delighted to have him here as Grand Marshal," said Jim Michaelian, president and CEO of the Grand Prix Association of Long Beach. “And having Al Unser Jr., a real crowd favorite, start our 45th anniversary race is especially appropriate, considering the success he enjoyed here."