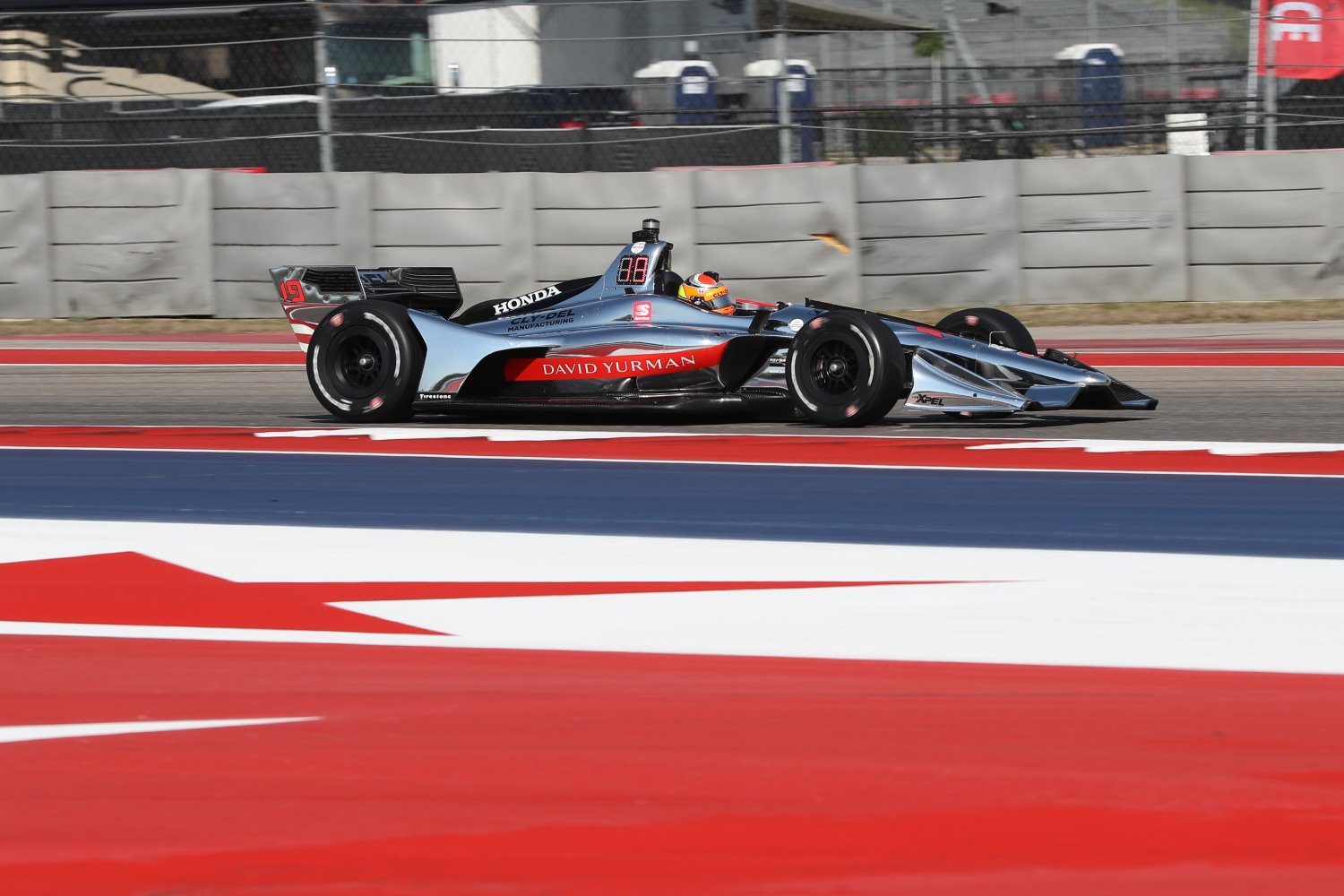 Santino Ferrucci is looking to bounce back from a disappointing result at COTA when he takes to the track aboard his #19 Dale Coyne Racing David Yurman car this weekend for the Honda Indy Grand Prix of Alabama at Barber Motorsports Park.

After starting from an NTT IndyCar Series career best of 11th, Ferrucci was having a strong run at the previous round at the Circuit of the Americas a couple of weeks ago when he was pushed off track onto an elevated curb. With his two front wheels leaving the pavement, he consequently suffered damage to the rear dampers of his Honda powered Indy car and what had looked like another possible top-10 finish ended up with the rookie taking the checkered flag in 20th.

Despite the unsatisfying result at COTA, Ferrucci is still riding a wave of momentum that started at the season opening race at St. Petersburg last month, where he scored his first top-10 finish of his IndyCar career by placing ninth.

The 20-year-old rookie also had a good test at the 2.38-mile, 17-turn Barber Motorsports Park permanent road course a few weeks ago, which gives him plenty of optimism heading into his seventh NTT IndyCar Series race this weekend.

“The Barber Motorsports Park track kind of reminds me of a European track called Zandvoort," said Ferrucci. “It’s really exciting with a lot of elevation changes. We were able to test at Barber last month, and it was a very helpful test for us. I had never been there before, so it allowed me to learn the track and helped us figure out how to implement my set up, my driving style, to produce competitive lap times. I think we might have found something interesting for the race weekend. We’ll see how we match up with the other cars on track when official practice begins, but I’m very excited to get going there."

Practice for the third round of the season gets underway on Friday, April 5th with qualifying taking place on Saturday, April 6th at 4pm Eastern time (3pm local). All practice sessions can be watched live on the NBC Sports Gold app, with qualifying being broadcast live on NBCSN.

The Honda Indy Grand Prix of Alabama is set to go green on Sunday, April 7 at 4:15pm ET (3:15pm local) and will be broadcast live on NBCSN from 4pm ET.