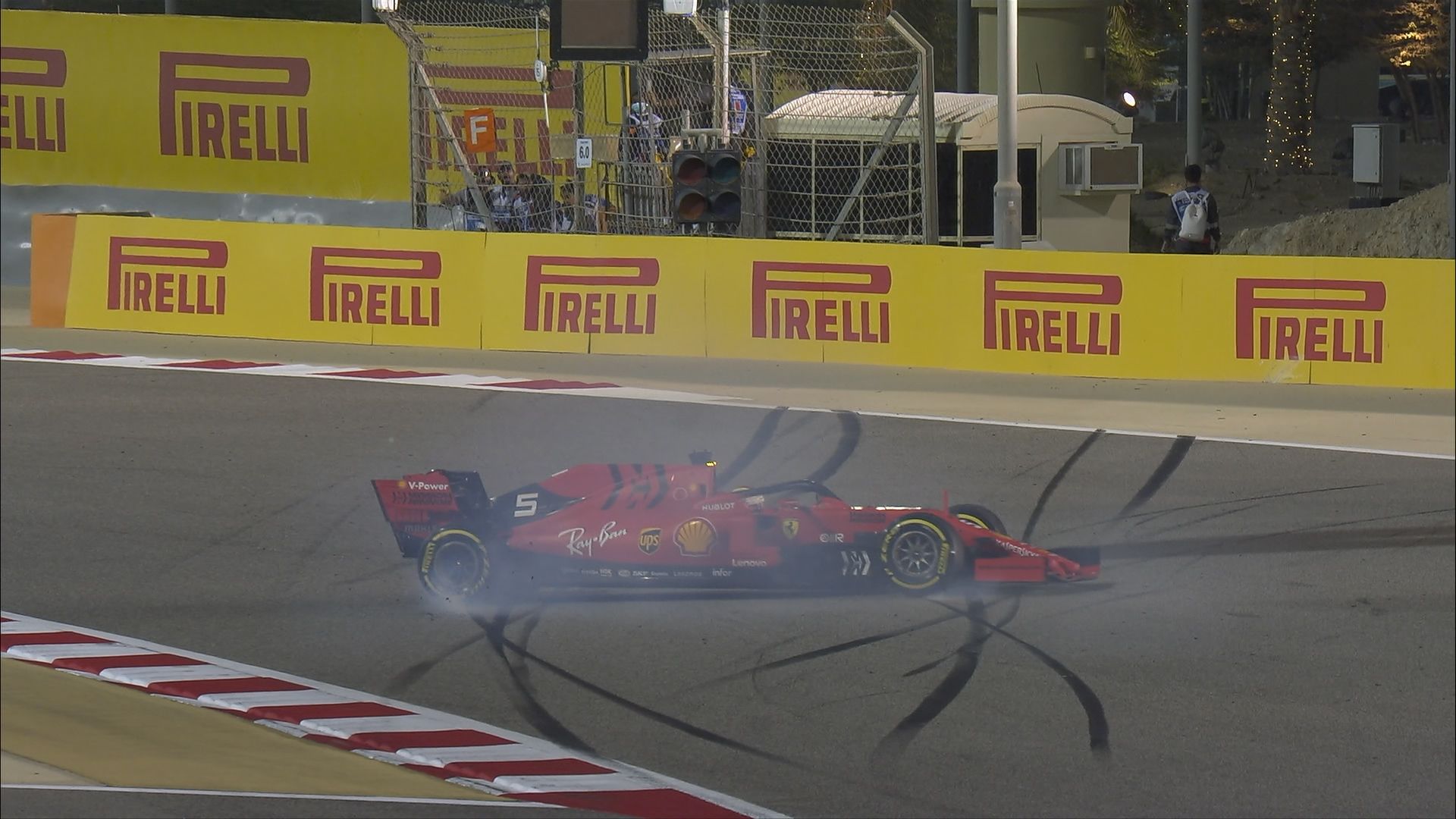 Hamilton, who was gifted the 74th win of his career when Ferrari new boy Charles Leclerc’s engine lost power in the final 10 laps, said Vettel’s achievements dwarfed his disappointments.

As Ferrari packed up to travel home after a bitter-sweet weekend in which they demonstrated dominant pace and the arrival on the grand prix podium of their new star Leclerc, Vettel faced another Italian inquest over his failings.

His spin at the Bahrain International Circuit, where Hamilton led his team-mate Valtteri Bottas home for a second straight season-opening Mercedes one-two, was his fourth in 10 races.

“I looked at the replay and we didn’t touch," said five-times champion Hamilton, reflecting on the incident in which Vettel spun while the pair battled for second place. “It was really windy there…"

Sunday’s incident reminded observers of a similar spin at the 2018 Italian Grand Prix where Hamilton barged past Vettel on his way to a decisive victory that underpinned his late-season title charge.

In nine races since, he spun in Japan and the US , drawing fire from Italian critics heralding the arrival of Leclerc, who finished third in the race after becoming the youngest pole-sitter in Ferrari’s history.

“There’s too few of them really to look into it too much," said Hamilton. “It happens to us all. Just because you are a multiple world champion doesn’t mean you’re not going to have ‘off’ weekends.

Vettel has won 52 Grands Prix and four world titles, but has struggled to master Hamilton’s speed and race-craft in the last two seasons despite spells during which he and Ferrari appeared to have a faster car.

At 31, he faces a new challenge with the arrival of new team-mate Leclerc, 21, in place of 39-year-old Kimi Raikkonen, now at Alfa Romeo.

The Monegasque tyro, in only his second race and in his second season in F1, was outstanding in qualifying and the race until his engine failed.

Hamilton, however, suggested his old rival was suffering with set-up problems.

“There are always times when you just happen not to get the right car set-up, which you guys don’t get to see," he told reporters. “All these little things that we’re doing, it just doesn’t happen to work that weekend and the differences are so small yet they look so big.

“I don’t know why their car was so different in pace, but I’ve had races [like that] … I remember me and Nico [Rosberg] in Barcelona.

“We were quick in testing and then there were massive differences in the car in the race and you’re just driving with you hand behind your back. You’ve got no grip. And then, another race, and it’s the other way.

“I don’t know why that happens, but this was one of those for him. He’s a world champion and he is a great athlete. He will recover and keep pushing." Business Day/AFP