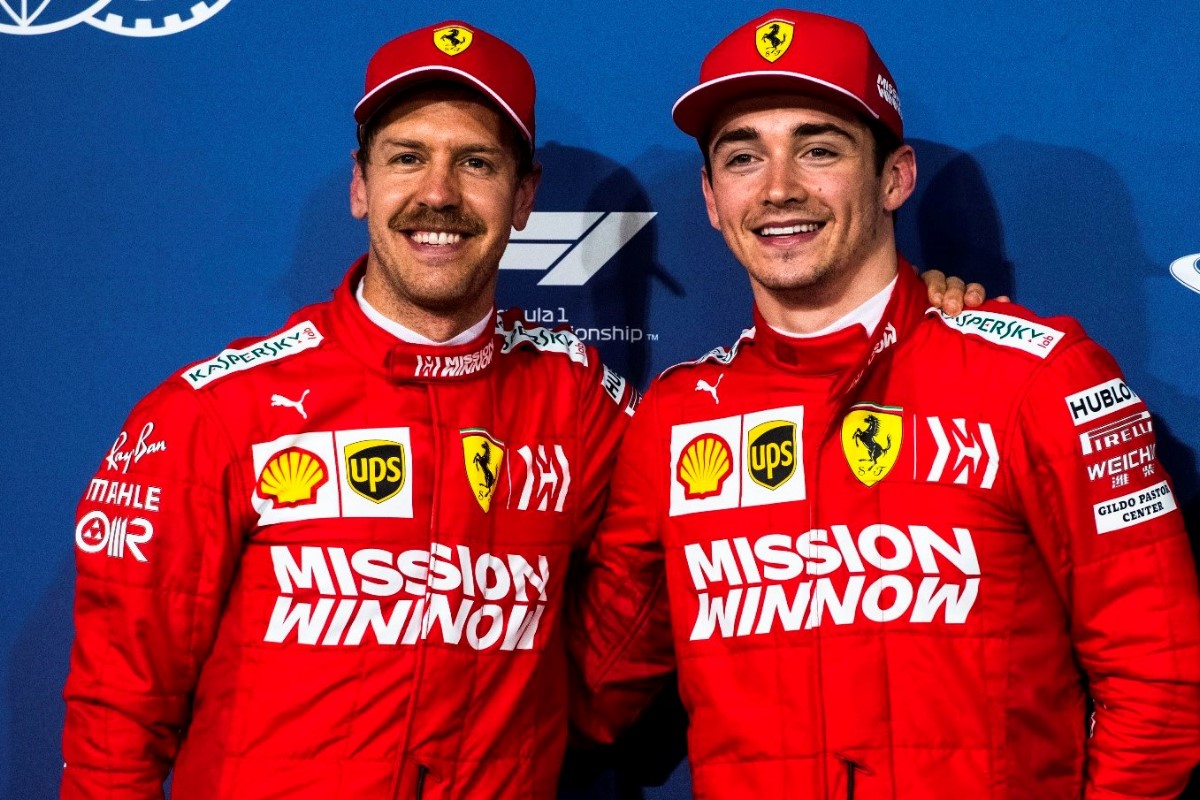 Following Charles Leclerc's impressive performance in Bahrain, Ferrari 'number 1' Vettel denied that being overtaken by his teammate and then spinning was due to pressure.

"To be honest, I think it's not about pressure," said the German.

"Obviously my race could have been better, so I need to analyze a lot."

Vettel admitted that while Ferrari improved dramatically after Australia, he is not feeling as good at the wheel of the 2019 car as Leclerc.

"I will be happy to get back behind the wheel at the test this Wednesday," he said. "I think we have work to do."

It is an apparently calm reaction by Vettel amid a growing storm of unrest in Italy.

La Repubblica said Vettel lost "his front wing and his nerve" in Bahrain, and added: "Leclerc is the true rival of Lewis Hamilton."

And La Gazzetta dello Sport said Ferrari returns to Maranello from Bahrain "with one certainty and two problems".

"The certainty is Charles Leclerc, and the two problems are reliability and Sebastian Vettel," the influential sports daily declared.

La Stampa was even more blunt, advising Vettel to "get a mental coach and shave the mustache".

Corriere dello Sport said: "Ferrari looks to a future in which there is no room for Vettel.

"Mick Schumacher could soon be at the side of the talented Charles Leclerc."

Nico Rosberg, the 2016 world champion, disagrees with Vettel that the pressure does not get to him.

"Sebastian has a hell of a fight on his hands with Charles. Already last season we saw him crack under pressure, and that seems to still be the case," he said.

Vettel does, however, have some support. Ferrari team boss Mattia Binotto said: "As Seb said himself, it was a mistake and I don't think we need to discuss every mistake.

"We encourage our drivers to push the limits and that's what he was trying to do."

Vettel was also supported by his title nemesis Lewis Hamilton.

"If you look at Sebastian's career, I think he did many more great performances than races in which he spun. In the statistics, it's almost nothing," he said.