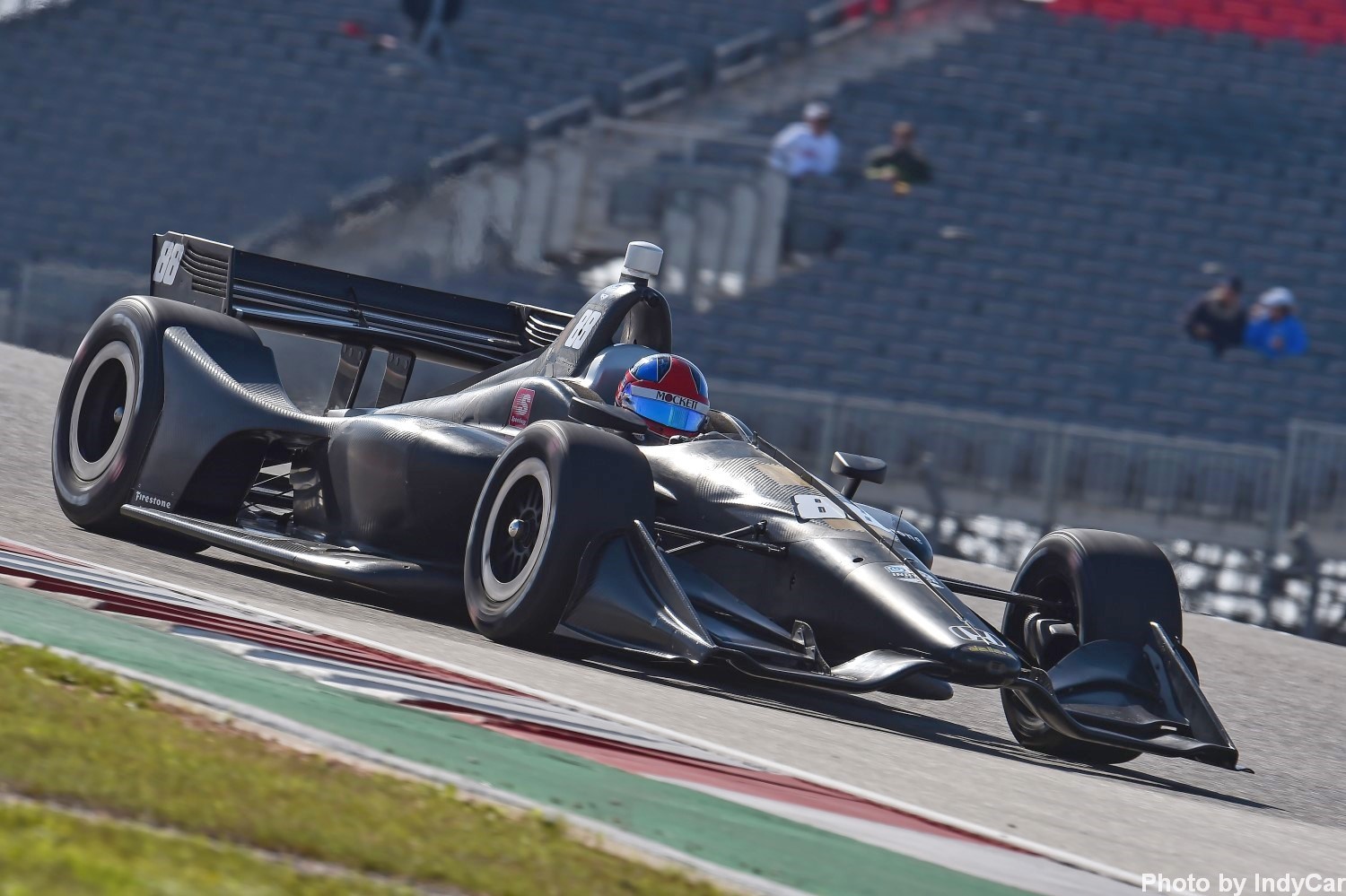 Peter Delorenzo of Autoextremist opines on a topic we could not agree more on: The first INDYCAR win by eighteen-year-old Colton Herta (see more in "The Line" -WG) was fun to watch for racing enthusiasts of all stripes. Though he benefited from a fortuitous caution period, there's no question that the young, mature-beyond-his-years, and talented Herta will be a force to be reckoned with in America's premier open-wheel series for years to come.

But that was just part of the story from the Circuit of The Americas in Austin, Texas. The bigger picture story from Texas was the kind of racing on display. We saw the talented field in INDYCAR actually having to drive the cars around the circuit. More than that, they were forced to grab the cars by the scruffs of the neck and slide them in order to hustle them around the fast, 20-turn, 3.41-mile natural-terrain road course. And it was simply spectacular to watch.

I'm sure the juxtaposition with F1 at COTA wasn't lost on anyone watching, either. Yes, the F1 machines are clearly faster at lapping the circuit, but it's the way those cars and drivers go about going fast that's the problem. F1 is a technical exercise to an extreme degree and it has its place, although as readers of this column know I have been soured on the F1 product for years. Watch the F1 cars lap at COTA or any other circuit and it becomes a tedious, soulless exercise that's difficult to watch. Everything about F1 is sterile and regimented, and if a driver deigns to get the least bit sideways it becomes a glaring mistake, and reason for great consternation, hand-wringing and raised voices from the announcers.

What's wrong with this picture? Well, everything from my perspective.

Technical exercises are fine up to a point, but just as the powers that be in F1 are wrestling with a new rules package for 2022, I am quite sure that they're missing the point. They are absolutely certain – with a huge dollop of arrogance thrown in for good measure – that if they reduce the technical superiority in F1 that it would be a sign of weakness and the wrong direction to pursue. When, in fact, just the opposite would be true. F1 needs to dial back its technical imperative from a "10" to about a "7" on the Autoextremist Racing Scale. The aero needs to be reduced dramatically, the direct linkage to production car technology has to be toned-down within reason, and the emphasis of the series clearly has to be put back into the drivers' hands.

The result would be the kind of racing that was on display at Circuit of The Americas by the stars of INDYCAR. Hardcore racers actually racing, driving the wheels off of their machines the entire way around the circuit, all race long. I wasn't pleased at the attendance – although short of 50,000 people, the massive COTA always looks empty – but true racing enthusiasts have to be pleased with what they were able to see from INDYCAR on Sunday. INDYCAR is definitely on the upswing, and we need that series to stand on the pedal hard and continue what it's doing, because it's working.

As for the powers that be in F1, they continue to look down on INDYCAR as an inferior product. That's their blind arrogance getting in the way of reality. The lessons learned from Texas will fall on F1's deaf ears, which is really a shame. But, on the other hand, I am extremely excited for the future of INDYCAR on this continent, because as long as real racing remains the thing, racing enthusiasts are going to be well-served. Autoextremist