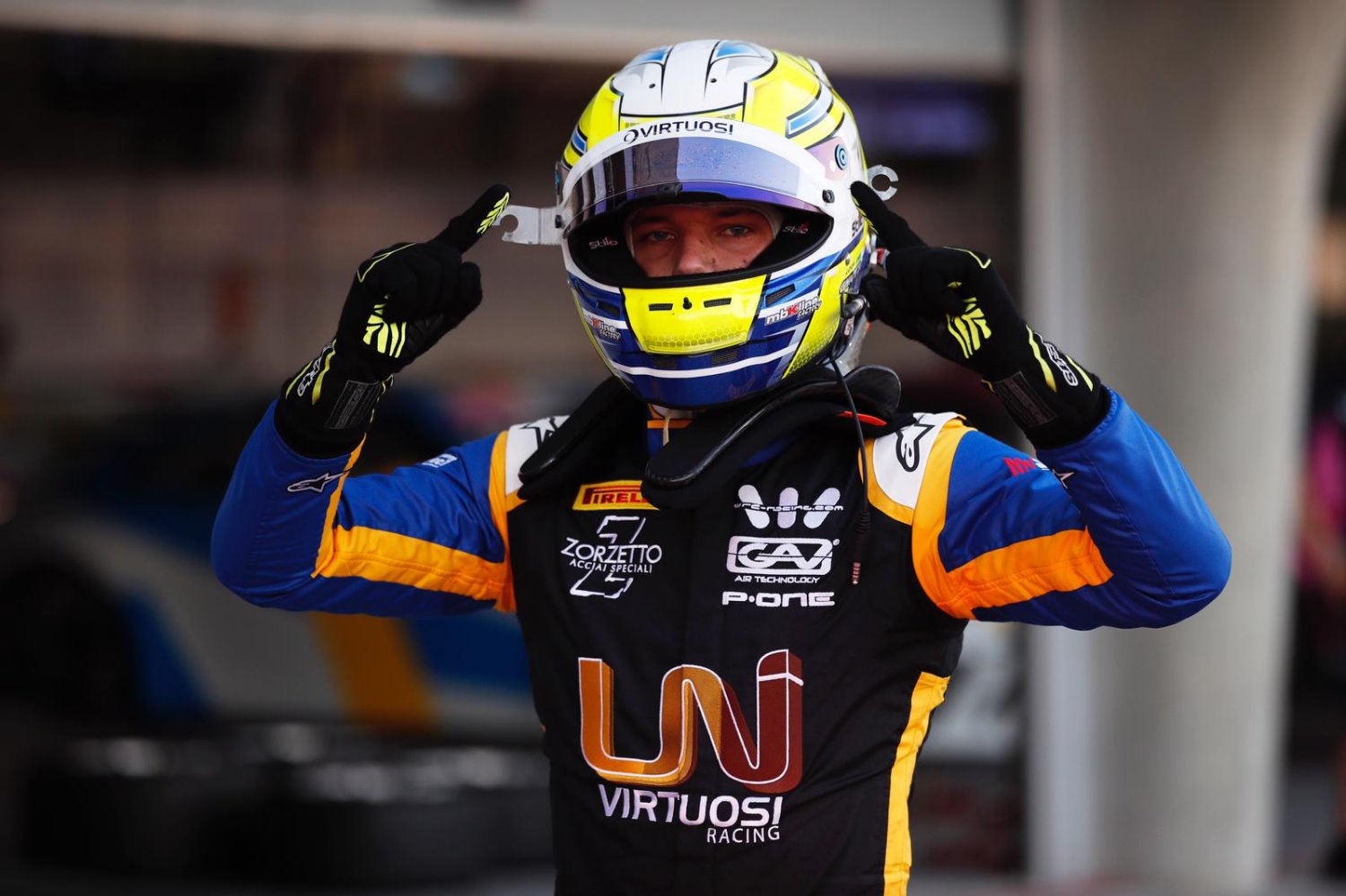 Luca Ghiotto has claimed the first points of the 2019 FIA Formula 2 Championship season with a storming lap in the closing stages of this afternoon’s qualifying session at the Bahrain International Circuit in Sakhir, holding his nerve while his rivals pushed early to claim pole by almost four tenths from of Louis Deletraz and Nyck de Vries.

The Italian held tight to his plan despite a mid-session red flag messing up everyone’s timings: Ghiotto waited until late in the session before posting a 1:40.504 flyer with just 2 minutes remaining, and his rivals had no rubber left with which to compete.

The temperature was still high despite the setting sun as the green lights lit to release the drivers, with Deletraz setting the early running before DAMS teammates Sergio Sette Camara and Nicholas Latifi usurped the Swiss driver at the top of the timesheets. The fight was brought to an early end when Callum Ilott lost his car and found the barriers, prompting a red flag period while the marshals cleared up the mess.

Most of the drivers returned to the pits earlier than intended, potentially missing out on some improved times but also prompting a rethink on qualifying strategy: with longer than usual left on the clock, should they head out early and use a clearer track, or stay in and stick to the plan?

The DAMS pair decided a change was as good as a holiday, with the Brazilian the first driver on track when the green lights returned, but on his first push lap he had a big moment at turn 1 and had to abort the lap, while behind him Latifi set the pace to grab provisional pole from his teammate by half a second.

Jack Aitken was soon in P2, with Sette Samara closing in behind him on worn tyros, and then it was time for those who waited: de Vries sliced off a tenth from Latifi, with Deletraz shaving it even finer, but there was no denying Ghiotto, who topped the tricky middle sector to claim the top spot.

Latifi and Aitken led the best of the rest ahead of Nobuharu Matsushita, Sean Gelael, Sette Samara, Ralph Boschung and Mick Schumacher, who were all within a second of pole and will be looking for more in tomorrow afternoon’s feature race in Bahrain.