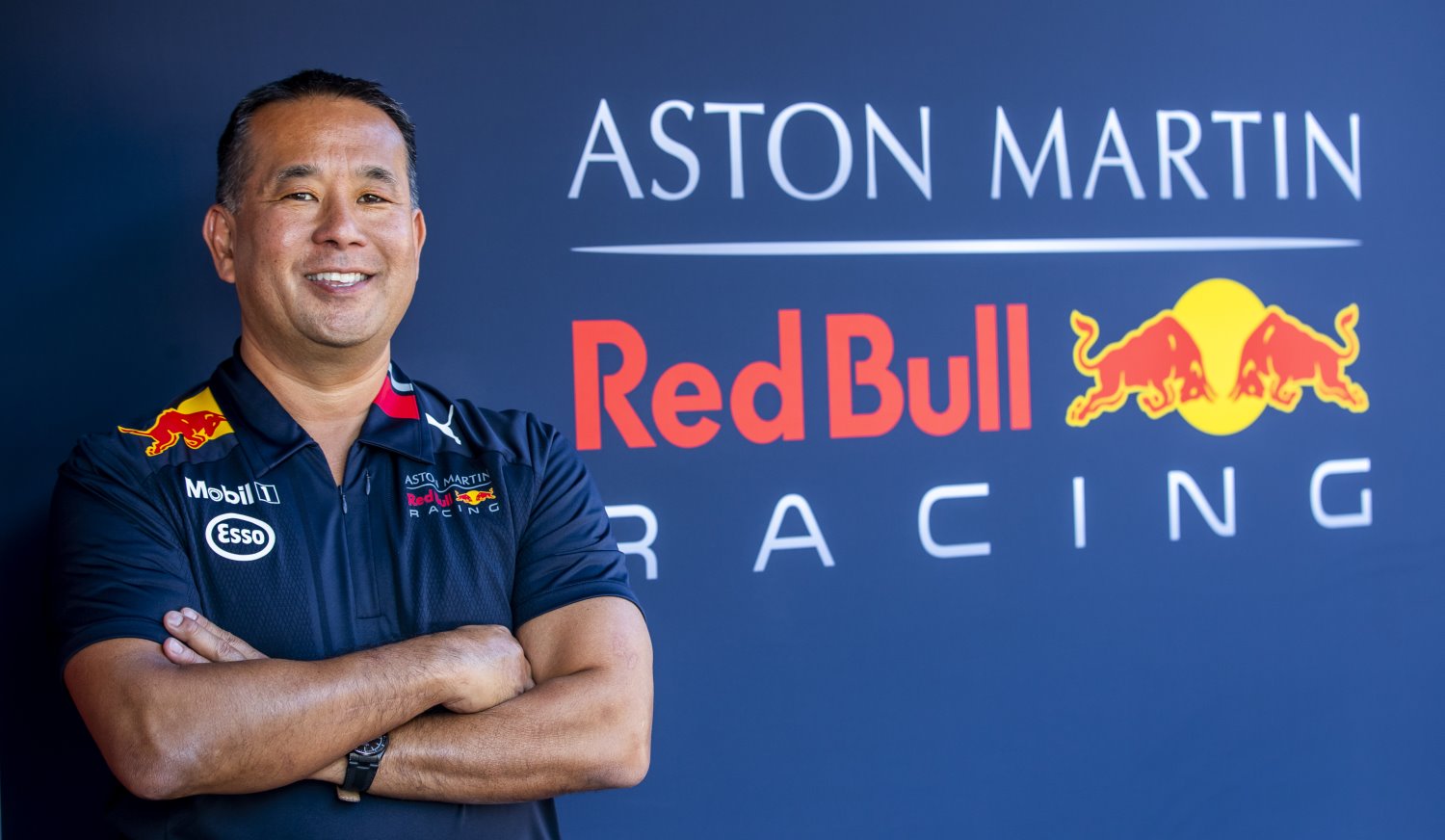 Formula One may have enjoyed a winter break, but the work behind the scenes at the teams and their suppliers has continued at a rapid pace. ExxonMobil has been working flat-out, testing 36 engine oil and 40 race fuel variations over the winter. Let’s meet David Tsurusaki, who is at the heart of the ExxonMobil Formula One project…

By finding out the deal was going ahead as early as last summer, we could immediately switch focus on getting ready for 2019, rather than having to prepare in short order as per the previous season. It’s still been a lot of work but it was a smoother and more focused transition for the guys to be focused on one engine. It was also ideal to have had one year working with Scuderia Toro Rosso, as we had good data for the first part of the season, and this allowed us to get ahead. Now we’re back to what I think is a normal cycle. Working with only one engine supplier – rather than two – means we are no longer sharing dyno time so we can speed things up.

What is the working relationship like with Honda, which is now in its second season?

Excellent. They’re super committed to getting things done and getting it done right. So much collaborative work has taken place already. We have worked very closely with them on our fuels and lubricants. The data feedback we get is exactly what we need to make decisions from. They have been very open and very quick in running tests and getting the data back to us. In some cases, the single cylinder tests are running continuously with new fuel tests. If we send them a batch of products to test, they will get back to us very quickly. It’s incredible.

How many new fuels and lubricants have you been working on over the winter?

Well, for example – when we’re developing a Mobil 1 lubricant, we will send Honda five or six variations of the engine oil for testing. Each one has a slightly different chemistry. What we are looking for is how the engine reacts to the changes in the chemistry. You want to find which is the best performing from a durability and efficiency standpoint. Then you go another step, producing six variations of that one to push the envelope a bit further. The quicker we can get the data, the more incremental steps you can make. That’s what the major difference is from before. So at the end of last year, going into this year, we tested 36 variations of lubricants and 40 different fuel variations. Before, we only achieved a fraction of that because it took too long for Renault to carry out the tests and feed the data back.

When will the new Esso Synergy race fuel and Mobil 1 engine oil make their debuts in 2019?

They have already! We introduced a new Esso Synergy race fuel and Mobil 1 engine oil during pre-season testing at the Circuit de Barcelona-Catalunya last month. Those formulations made their race weekend debuts in the season-opening Australian Grand Prix. We’re working towards upgrades during the season. We’re happy with the progress. During the winter we had multiple upgrades, which we never raced. That’s where we got the advantage.

2019 will be your third season working in Formula One. How does the championship compare to others that you have worked in?

It’s even more technical than I imagined! I have been around road racing, GT cars and P1 cars in my previous roles, but Formula One is a pretty unique level of innovation and technology. The engineering skills are amazing. The technical capabilities of the people who work in this sport are as good as it gets. You’re constantly being challenged, pushing the boundaries in every little detail. It’s pretty amazing.