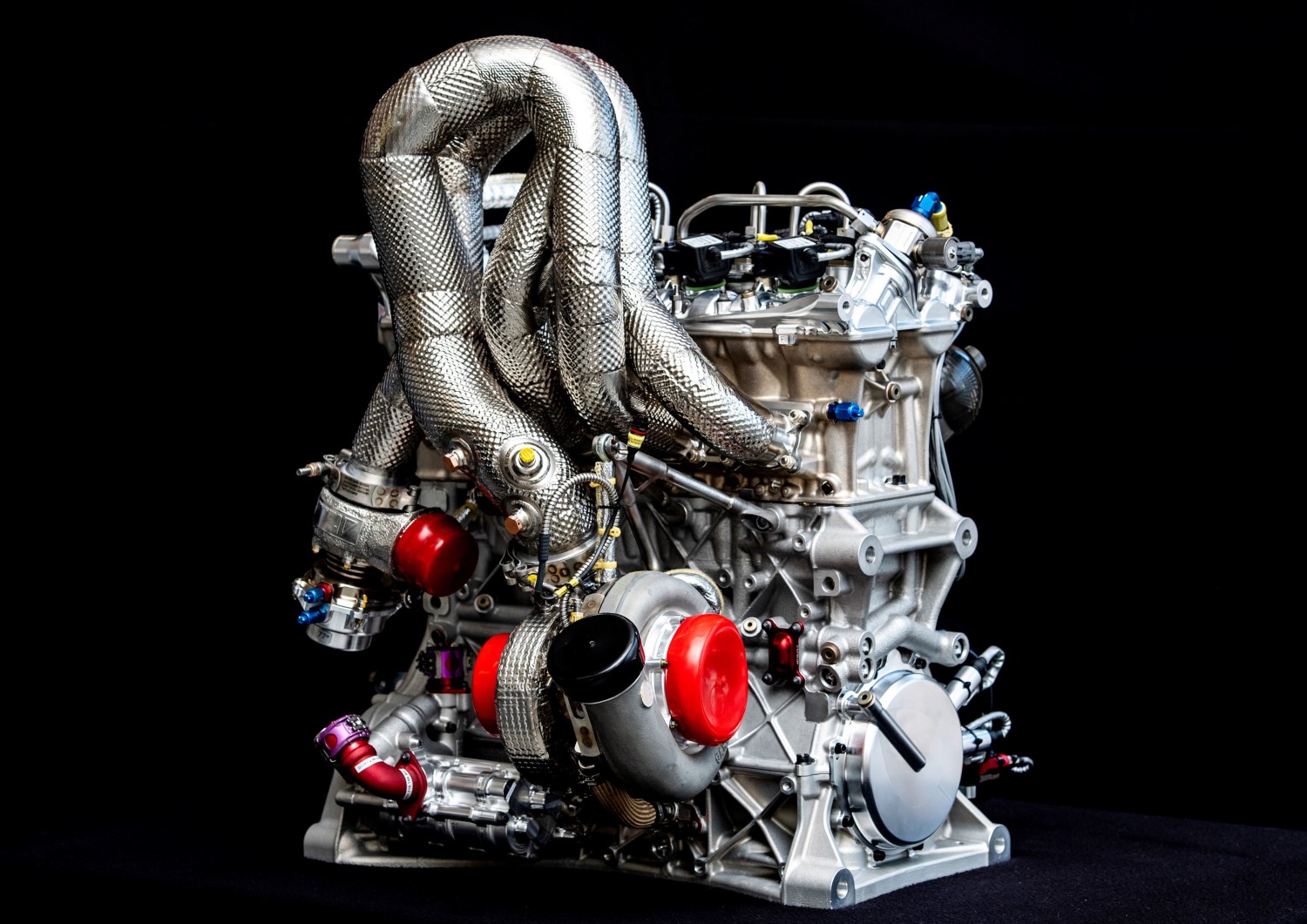 The beginning of a new era in the DTM: Starting in the 2019 season, the Class 1 race cars of the popular touring car racing series will use modern and highly efficient turbo engines. The two-liter four-cylinder power-plant of the Audi RS 5 DTM delivers more than 610 horsepower. By means of the “push-to-pass" function, the drivers can even access a short-term 30-hp power boost.

Following about two and a half years of development and some 1,000 hours of dynamometer testing, the new Audi race engine is ready for its first racing deployment on May 4 at the Hockenheimring. “Our drivers were totally thrilled right in the first test," says Head of Audi Motorsport Dieter Gass. “However, the move from the naturally aspirated V8 to the turbo engine is not only important due to the additional output of some 100 horsepower. In the DTM, we’re now driving with a high-efficiency engine of the type we’re also using in many production vehicles of the Group."

The new Class 1 Regulations of the DTM are geared to utmost efficiency. Just like in production, the challenge is to extract the maximum from the available fuel through high compression and very good efficiency. In the DTM, the amount of fuel is limited to 95 kilograms per hour. “That may sound like a lot but, in view of more than 610 horsepower, it really isn’t," says Ulrich Baretzky, Head of Engine Development at Audi Motorsport.

“The specific consumption of the DTM engine is extremely low and now within ranges that used to be typical for diesel engines. In terms of weight and lightweight design – especially in the context of avoiding CO2 emissions – we’re pointing out a few approaches that will hopefully find their way into future road-going vehicles – like in the case of the first TFSI for Le Mans and the TDI."

The compact four-cylinder turbo engine with gasoline direct injection (TFSI) only weighs 85 kilograms and thus only half as much as the naturally aspirated V8 engine that was previously used in the DTM. As a result, the dry weight of the Audi RS 5 DTM has dropped to less than 1,000 kilograms. The power-to-weight ratio is now about 1.6 kilograms per horsepower.

Like in the past, a DTM engine has to last for a full season, so it is designed to run for some 6,000 kilometers. “The format of the DTM is a great challenge," says Stefan Dreyer, Head of Powertrain Development at Audi Motorsport. “The long mileage, distributed to many events with short runs, is really tough. Plus, the four-cylinder engine’s vibration behavior totally differs from that of the V8. That posed a huge challenge during the development of the engine and also to our dynamometers." Additional output of more than 100 horsepower, as well as higher torque, put a greater load on the entire powertrain.

Due to a so-called “push-to-pass" system, the driver can use a short-term engine power boost by pushing a button, for instance in an overtaking maneuver. Via a bypass of the fuel flow restrictor (FFR), an additional 5 kg of fuel per hour is provided, which results in a boost of about 30 horsepower.

The DTM races with standard filling station fuel (RON 98), which is conducive to the technology transfer from motorsport to production. In addition, the engine is ready for the use of alternative fuels (e-fuels) enabling extremely eco-friendly operation of high-efficiency internal combustion engines.

High efficiency and low fuel consumption are crucial factors of success in the DTM: competitors who are able to start with less fuel in their fuel cells and thus less weight than their rivals automatically have an advantage.

Audi has ample experience with turbo engines in motorsport, from the legendary original quattro through to the successful Le Mans prototypes. Based on this experience, each of the roughly 2,000 components of the DTM engine was designed from scratch. The compact inline four-cylinder front engine is longitudinally mounted in the Audi RS 5 DTM. The turbocharger that operates with a maximum absolute pressure of 3.5 bar sits on the right-hand side of the car and is kept spinning by means of an anti-lag system (ALS) even when the driver’s foot is not on the accelerator pedal. The power-plant’s manifolds glowing red under full load artfully loom high in the engine bay. Gears are shifted at 9,500 rpm.