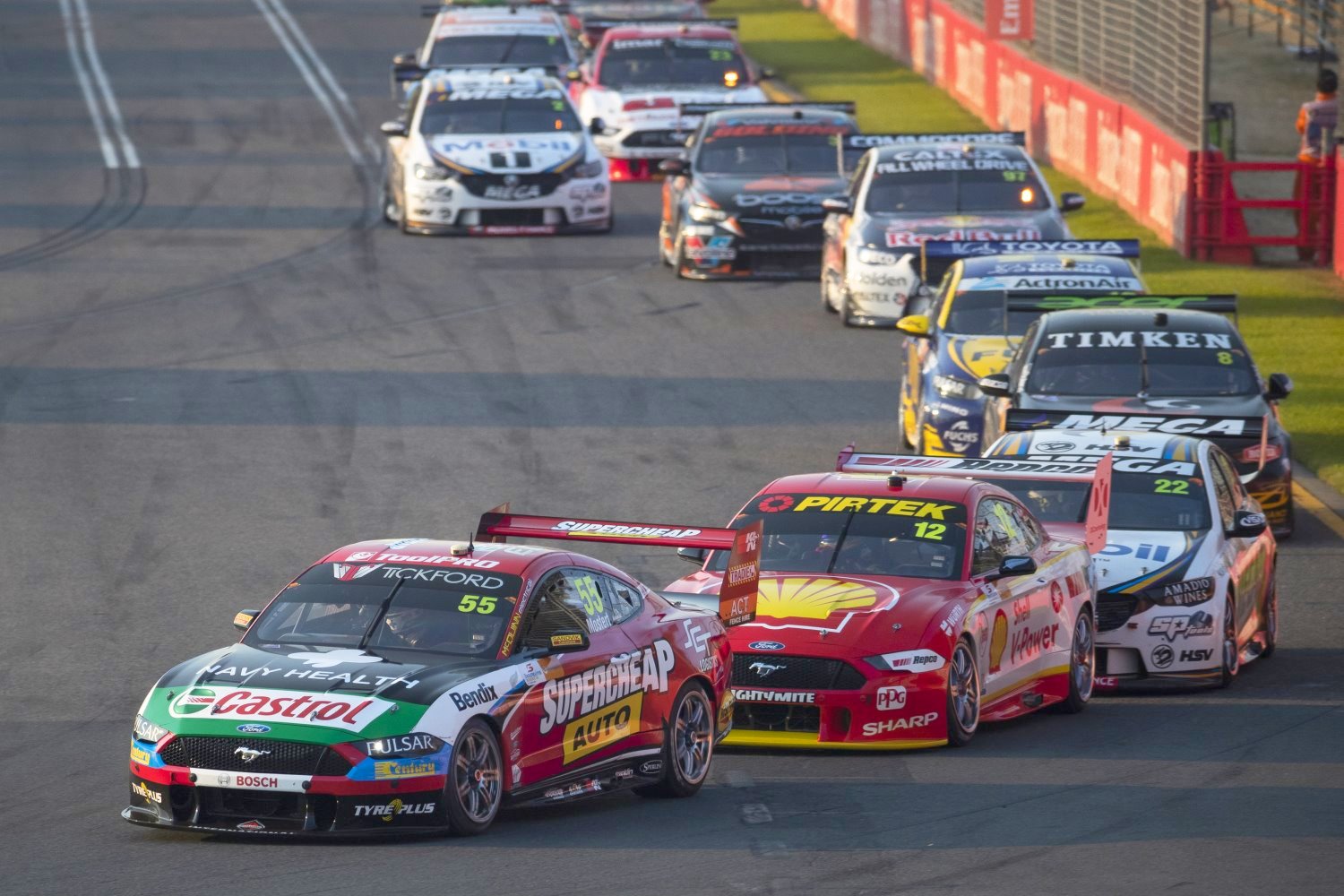 Scott McLaughlin has had his winning run ended in sensational circumstances with an on-track crash before the third race of the Beaurepaires Melbourne 400 had even started.

The bizarre accident happened on the ‘out lap’ as the cars made their way to the starting grid where ARMOR ALL Pole Position was waiting for the reigning Supercars Champion.

Somehow McLaughlin and Cam Waters came to blows as the cars drove to the grid, the heavy damage from the clash putting both cars out of the race.

With 150 Championship points on the line for the longer race it was a devastating blow for McLaughlin which almost cost him the Championship lead to Jamie Whincup.

McLaughlin returned to the pits without taking to the grid, and was absolutely livid.

“Those guys come out blazing all the time, I understand they need to get to the grid, but I just had no idea he was there, so I just was doing my normal thing and then all of a sudden, whack," he said.

“I had slowed down a fair bit before and then it all happened, so I haven’t seen the vision on his car but for the moment where I stand, I am expecting an apology.

“Sorry to everyone out there, there are worse things going on in the world, but we will come back tomorrow and be stronger."

It was the same for gun youngster Cam Waters who was involved in the crash while following McLaughlin who right rear axle was heavily damaged.
Waters’ left front wheel and axle were also badly damaged in the contact.

“You don’t know where else to go, so I’m not taking the full responsibility; but that just shouldn’t happen."

It left Nick Percat and Tim Slade on the effective front row for the start with the two lead cars missing.

The Brad Jones Racing pair got jumped by Whincup early in the race after the seven-time Champion made a cracking start.

Teammates Slade and Percat tangled soon after leaving the former dropping numerous spots and allowing Chaz Mostert into third with David Reynolds behind him.

Mostert undercut in the pits which proved a master stroke, giving him a deserved race win after a series of bad luck in the opening races of the season cost him podiums.

"I really love this track and the boys gave me a great car," Mostert, whose previous solo win came at Queensland Raceway in July 2017, said.

Earlier McLaughlin had maintained his perfect start to 2019 with victory in the opening race of the day which doubled as the 1,000th Australian Touring Car Championship/Supercars Championship race.

The Shell V-Power Racing driver led from start to finish in the 13-lap sprint, as Mostert and Waters rounded out an all-Ford podium at Albert Park.

It was McLaughlin's 29th Supercars win, and fourth from as many starts in his title defense.