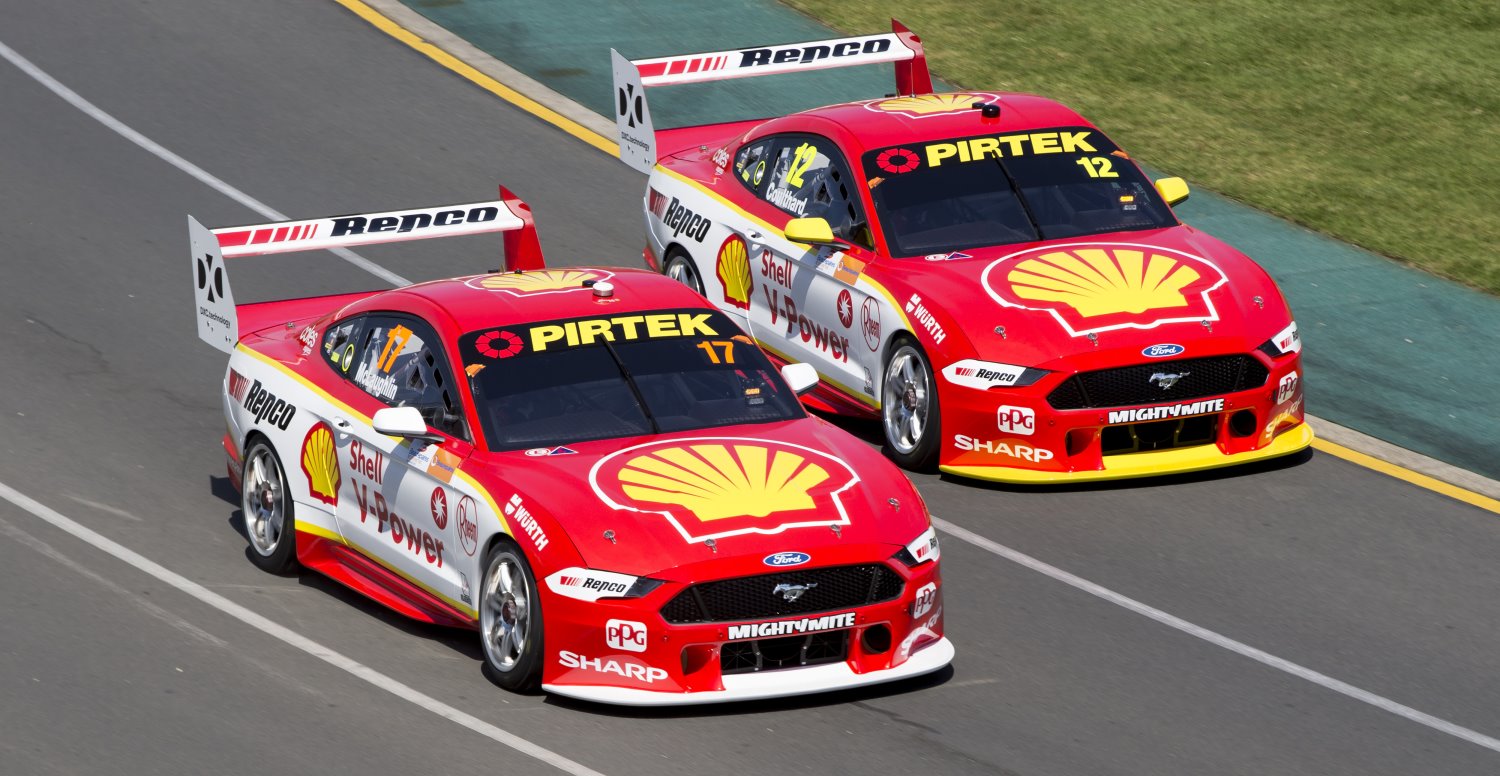 Scott the unstoppable has continued his golden run with a scorching lap record and two front row starts to put the Mustang on top in the Beaurepaires Melbourne 400.

With two qualifying sessions setting the grid for the first two of four races this weekend McLaughlin and the Mustangs were on top in both with Jamie Whincup a lone soldier for Holden, with third in the last session.

McLaughlin secured both ARMOR ALL Pole Positions, the first a lap record which beat the previous mark held by his Shell V-Power team-mate Fabian Coulthard in 2017.

He took that run ahead of Coulthard and another Mustang runner in Cameron Waters while in the last session he was ahead of Chaz Mostert and Whincup.

It was a dominant performance from the new Ford following McLaughlin’s sweep of the Superloop Adelaide 500 a fortnight ago.

“The driver needs a big tune-up after that second lap, I just made a mistake," McLaughlin said, with his effort in second qualifying nearly half-a-second slower than his time in the earlier session.

“It wasn’t my best lap by any means. I had a really good first sector and half a good second sector, I was lucky to hold on in that last sector.

“The car is good, it was awesome, the 53.8 (from first qualifying) was amazing. I’m stoked for everyone at Shell V-Power Racing and Ford Performance."

Mostert made up for an inconsistent weekend in Adelaide where he had a lightning fast car but mistakes and an unfortunate pit lane mix up cost him.

“It’s a credit to the team, they’ve given us pretty fast cars," Mostert said.

“They’ve worked really hard on the cars and the faults they had last year and there’s a few things we need to fix as well but over all we’ve improved the package, more so underneath the skin."

In first qualifying and after a low-key run through practice, Shane van Gisbergen was fifth in his Red Bull Holden Racing Team Commodore, two spots ahead of Whincup.

James Courtney and Mark Winterbottom rounded out the top 10, while Anton De Pasquale was the best of the Penrite Racing Holdens in 11th.

In the second run of the day Mostert and Whincup were followed in the order by Waters, Coulthard and Will Davison, making it five Mustangs in the top six.