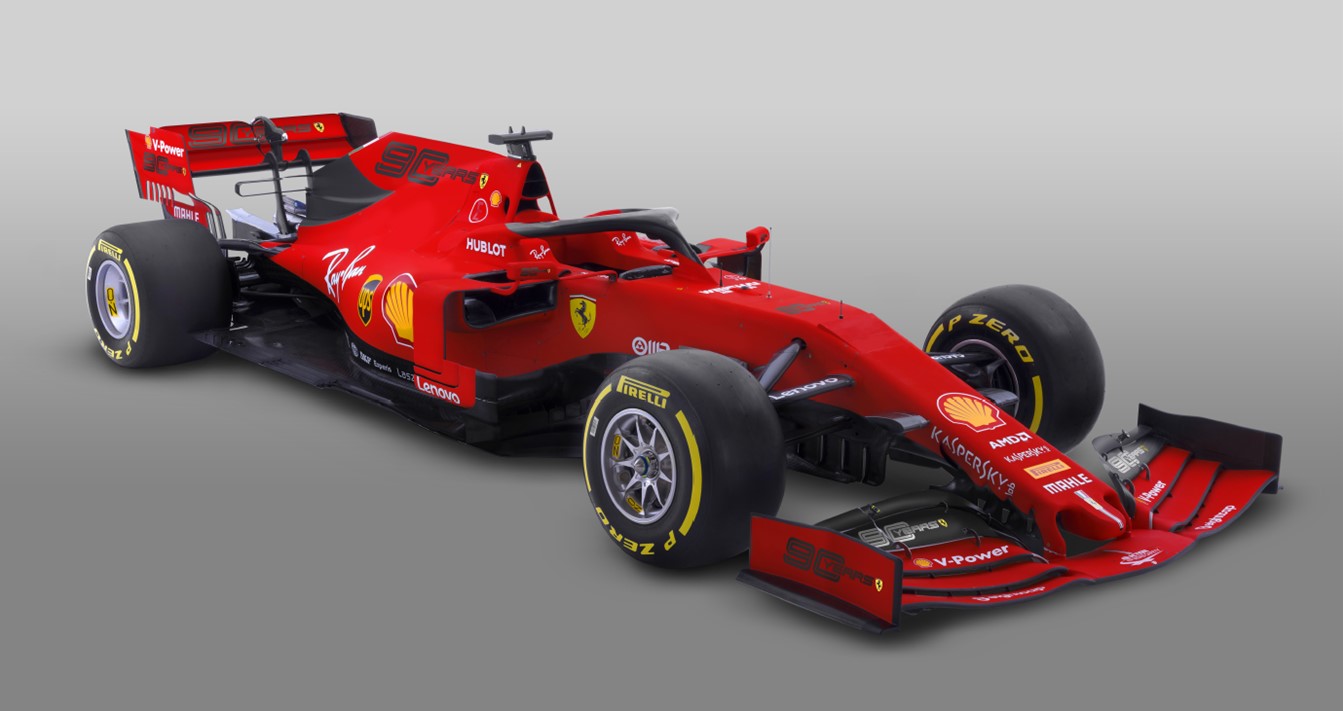 Scuderia Ferrari has unveiled the revised livery that it will run at this weekend's season-opening Australian Grand Prix.

However, an investigation from Australia's health authorities into the legality of the branding and its compliance with anti-tobacco advertising laws prompted the Scuderia to discard the Mission Winnow logo from its car and all team kit, and this avoid the risk of any legal troubles in Melbourne.

2019 is a special year for Scuderia Ferrari, as it was 90 years ago, in 1929, that the company was established by Enzo Ferrari and his associates. The name of this year’s car, the SF90, is already a celebration of this anniversary and, on top of that, the Maranello marque has decided to honor this achievement in an even more evident manner in Melbourne. Over the Australian Grand Prix weekend, the SF90 livery, the drivers’ race suits and some of the team’s track equipment will bear the logo celebrating 90 years of the Scuderia.

In fact, the race in Melbourne represents the start of celebrations for this special anniversary, which will run throughout the Formula 1 season and also feature in the Prancing Horse company’s other racing activities. In May, the Ferrari Museum in Maranello will launch a special show dedicated to the anniversary, which will take visitors on a journey through the history of one of the most amazing institutions in the world of sport.

A bit of history. Scuderia Ferrari came into being on 16th November 1929 in the offices of the notary, Della Fontana of Modena, the company established as the SocietÃ  Anonima Scuderia Ferrari, with its headquarters in via Trento and Trieste. It was approved by the courts on 29th November and from that moment on the company was effectively operational. The directors of the company were Alfredo and Augusto Caniato, Enzo Ferrari and Ferruccio Testi. Alfa Romeo and Pirelli were also involved.

The team made its debut in the 1930 Mille Miglia and its first win came in the Trieste-Opicina on 15th June that same year, courtesy of the great Tazio Nuvolari. Motorcycles also featured in the Scuderia’s history, from 1932 to 1934 and 1932 marked the first appearance of the Prancing Horse as part of the livery of the Alfa Romeos entered by Ferrari. The symbol came from the family of war hero Francesco Baracca, the horse set on a shield with a yellow background, representing the color of the city of Modena. Its first win came in the Spa 24 Hours thanks to Antonio Brivio and Eugenio Siena.

Starting off racing Alfa Romeo cars and then, from 1947, with cars built in-house, Scuderia Ferrari became the most successful race team of all time, taking thousands of wins in some of the most important races in the world. In Formula 1 alone, it has taken 16 Constructors’ titles and 15 Drivers’. In the world of endurance racing, Ferrari has nine victories to its name in the Le Mans 24 Hours, two at Daytona and five FIA WEC titles and has even been successful in rallying.